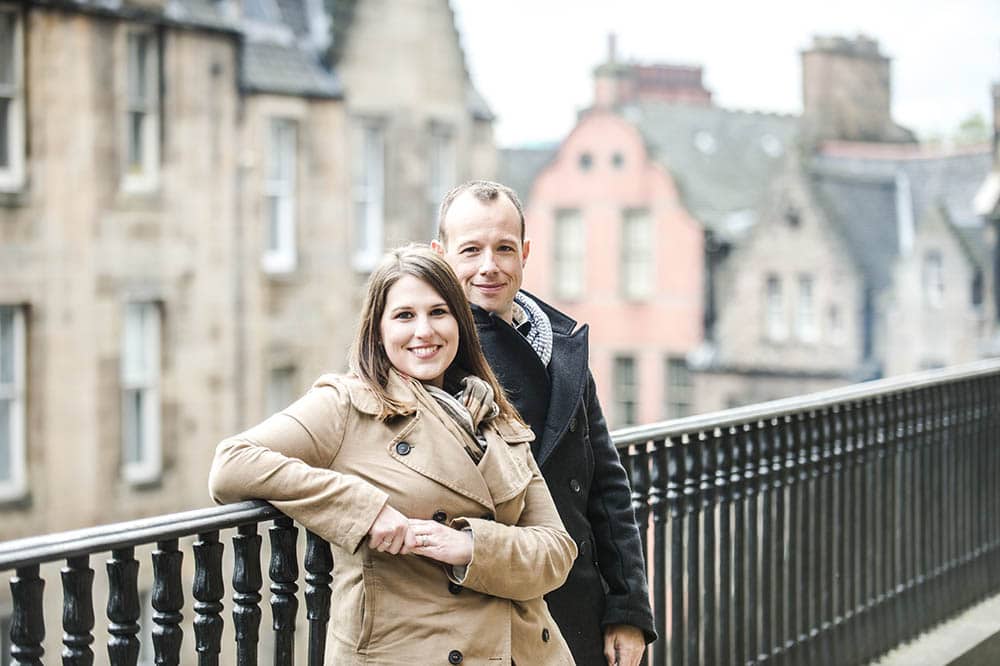 American Wedding in Edinburgh. Something ultra cool in my opinion. Exactly five years ago to this day I wrote about a wedding I photographed at Lothian Chambers for Ashley and David, which was a small but really lovely wedding. This always stuck with me as it was the first time I took any photos at the assembly rooms on the mound and I still use their photos as a reference when capturing photos there.

Low and behold, 4.5 years later David contacted me and said they would be coming back to Edinburgh and asked if I would be available for a second shoot, this time retracing the steps from their wedding. Damn right I’m available! How awesome is that a couple that got married in a completely foreign country (they are from Florida) but wanted to make that journey again to see where they got married again.

So, just a couple weeks ago I met David and Ashley in the square between St Giles and Lothian Chambers, actually right in front of the entrance to the chambers and we retraced our steps and of course added in a couple new spots.

First of all it was really lovely seeing Ashley and David again. I remember them being an absolutely lovely couple and nothing has changed. I think the only thing that has changed is neither of them were nervous about having to get married again and while David is still not a huge extrovert in front of the camera, certainly this time he was more relaxed.

It was also extremely interesting for me as a photographer to see how much my style has changed as a photographed. I started shooting weddings around 2008, got more serious in 2009 and 2011 I shot 30 or so weddings and 2012 I shot 50+ weddings. Since then my style has changed dramatically and so has my editing style with the photos. I’m very experienced at shooting weddings now (must be at least 230 weddings) and my camera gear has vastly improved (I shot their wedding with a Canon 1dmk3 and for this shoot I used a Nikon D4).

So here it is, an American Wedding in Edinburgh part, 2. Here are a load of photos from their second wedding shoot/couples shoot/hello again or whatever you want to call it shoot. Great fun and it would be awesome to do other shoots like this again and who knows, maybe do another shoot for David and Ashley but say 20 years after their wedding.