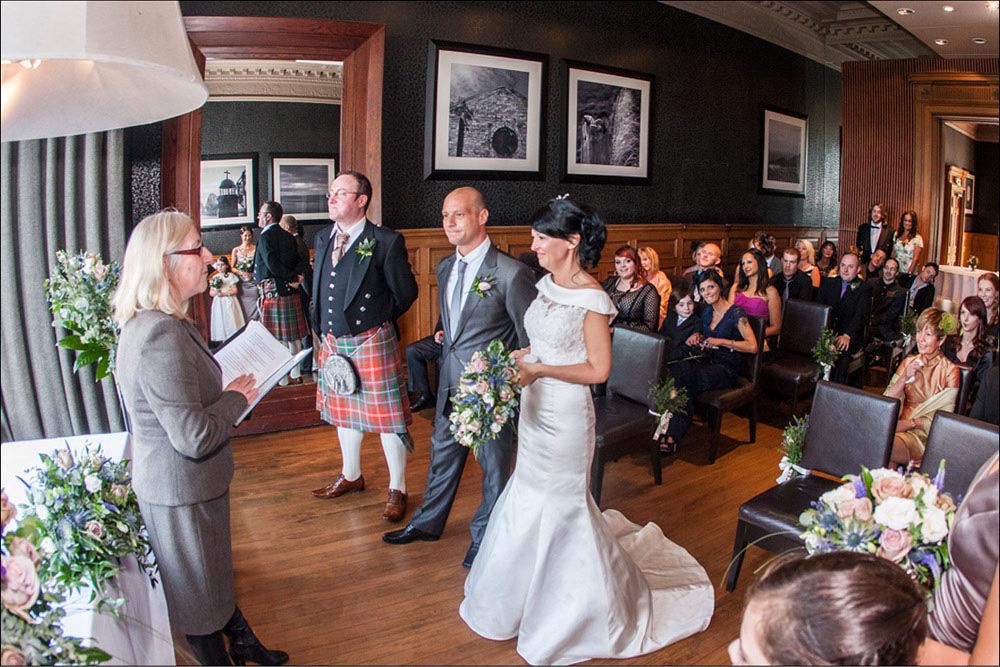 Bonham Hotel Edinburgh Wedding. Just a few weeks ago I photographed a wedding at a completely new venue for myself, the Bonham Hotel in the West End of Edinburgh.

The West End of Edinburgh is quite interesting. The Bonham Hotel itself is just a stone’s throw from the city centre. You can literally walk from the hotel and reach the end of Princes Street in about 5-10 minutes. You also have Haymarket which is just a couple streets away that has a number of great cafes and restaurants. There are a lot of businesses in this particular area but also a lot of really gorgeous hotels, many of which I saw some time after shooting this wedding through my work for Tripadvisor but while the Bonham Hotel is quite small it’s beautifully presented and right in front of the hotel is a private park where you can go and take photos in.

There are quite a few private communal gardens in Edinburgh. There’s one down in Dean Village, one just off Queen Street and as a local you always wonder what it would be like to have access. Granted the park in front of the Bonham Hotel is completely open to view (while the others aren’t) but I think it’s really nice that you can only access these parks for special events. It stops Edinburgh just being a trample zone. If you’re interested as to why the gardens are kept private there’s an interesting article in the Guardian which can be found here.

I love photographing weddings at new venues as much as I love working with new clients and both the venue and the couple, Suzanne and Nicco, were really great to work with.

Suzanne and Nicco hired me just a couple months before their wedding and it was quite a short booking, just four hours. In this time I captured the ceremony, took a really large amount of ambient photos, took some couple photos and photos of the speeches. I like weddings of all length but I was really pleased this wedding was quite short, not because of the couple/wedding party or anything like that, but because I had a full day wedding at multiple locations the following day.

Anyway, this was a really great wedding and I really hope I get a chance to photograph more weddings at this fantastic hotel.