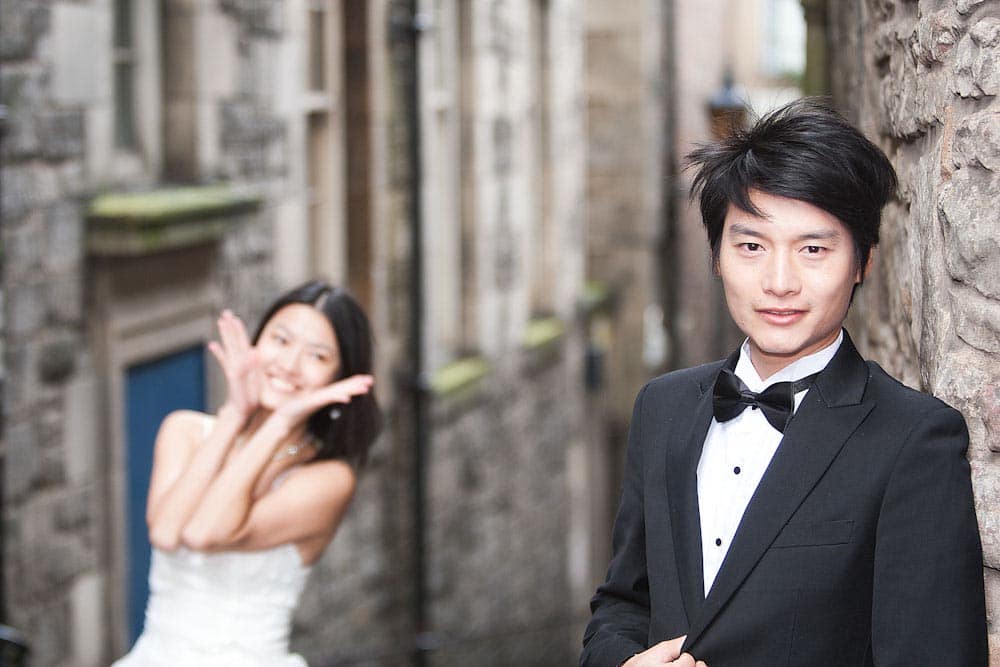 In Taiwan for example, an engagement shoot will involve going to a photo studio, having your hair and makeup done, wearing 5 or 6 wedding dresses, sometimes more, then having your photo taken in a studio and/or on location. While this is awesome and something that Liv and I will probably do in the future (once she’s back to her normal shape after giving birth and I’ve lost weight) to do that kind of shoot here is too expensive.

But with that in mind Mabel and Miu came over from HK and even though we didn’t do their makeup they both came along perfectly dressed for an engagement shoot. Mabel had a really pretty wedding dress and Miu had his suit complete with bow tie.

Another thing that really amazes me about photoshoots in the Far East is couples really do their research about how to dress and how to pose. This is by no means criticism of people from the UK but when a couple research poses it makes these shoots so much easier and we end up with a lot more captures and have a lot more fun. For about the first two photos I gave the couple direction and after that they knew exactly what they wanted and exactly what looks good.

We also took some photos in a couple new locations. We shot some captures in the Writers Square just off the Royal Mile which is an absolutely fantastic area; quiet, beautiful and lots of space with lots of light, and also we went into the forecourt for the Assembly Rooms, which is simply stunning.

Hope you like the captures from this wonderful photo shoot.