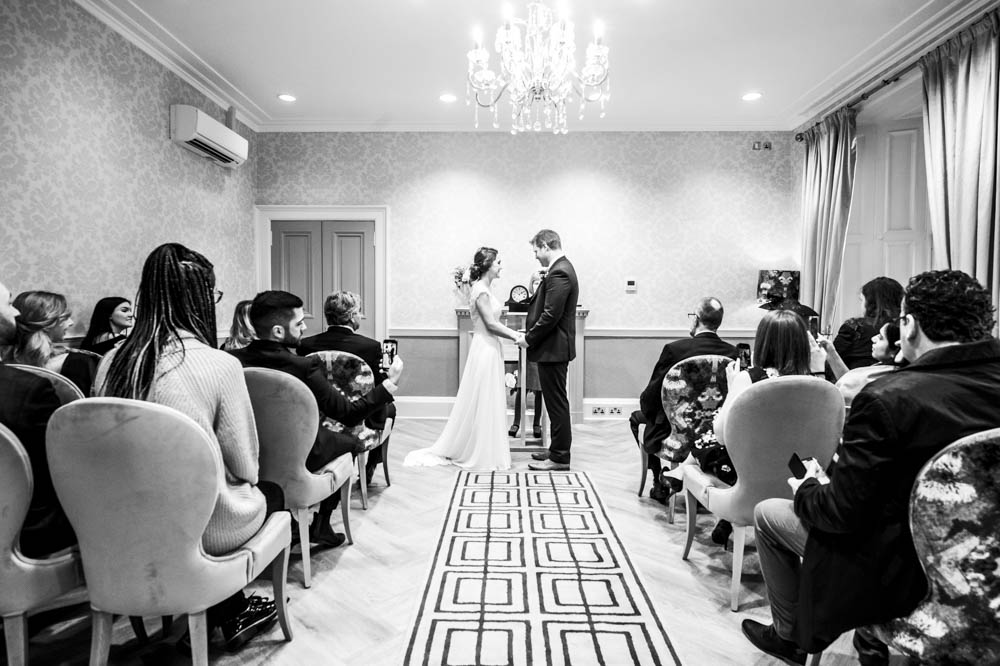 City Chambers Botanic Gardens Wedding. My last wedding of 2018 tookplace at the ever popular City Chambers on Edinburgh’s Royal Mile. Their wedding was a typically short City Chambers and even though I didn’t spend a lot of time at their wedding Olivia and Nick were great fun to work with.

The plan for the day was to take photos at City Chambers and then everyone would go to Burgers and Beers for lunch, get changed, then head over to the Botanic Gardens on the Red Bus (literally a vintage Routemaster bus, which is awesome!!) but my daughter had her winter fair at school that afternoon so I dipped out but met them later at the Botanic Gardens where they were holding their winter Botanic Lights Christmas light show.This was great but spoilt partly by an American arsehole who decided to stand right in the middle of a pathway then complain at me for taking photos. Dude, if you don’t want your photo taken in a public place, move out the way.

But in keeping with this website, you can read more and see more photos by heading over to my dedicated wedding website Joyful Weddings by clicking here.