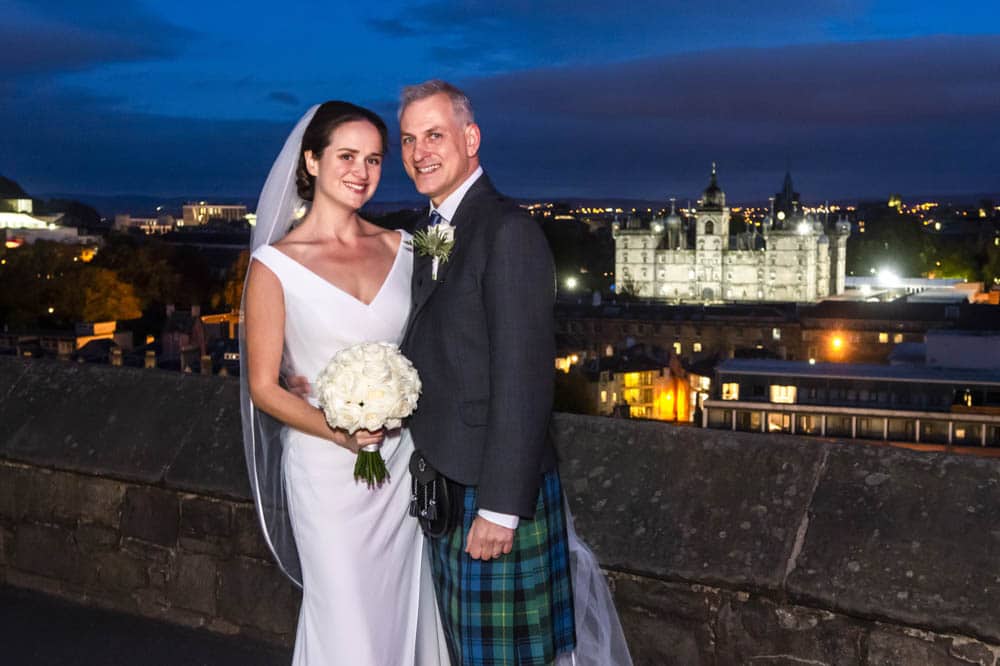 Towards the end of September I photographed another wedding at St Margarets Chapel at Edinburgh Castle. I’ve photographed around a ten weddings there to date and it remains a completely unique venue. On one side it looks really awesome. It’s one of the most famous castles in the world and the most famous and popular tourist site in Scotland. But on the other hand it’s always so so busy. Literally every day of the year it’s crazy busy and during the fringe it’s not even worth thinking about trying to visit.

I’ll give you an example of how busy it is. Back when my wife Liv worked as a chef, her last job as a chef was working for The Witchery By The Castle. The Witchery is literally right in front of the castle and when I used to take Liv to work on Sunday mornings at 8.30/9am, already when we arrived the first several bus loads of tourists would be walking past the witchery from the castle. It’s mental (!) but it is awesome.

So when you try to take photos there are tourists everywhere. Most of the time they move out of the way but they’re all curious tourists and they gather in groups which you can’t move, so inevitably they almost always get in the photos but this wedding had a different schedule from normal. Katherine and Robert got married in the chapel with just a handful of guests but immediately afterwards they had a blessing in the Queen Anne room so breaking from the normal we ended up doing almost all of the couple (bride and groom only) shots at night which was ultra cool as the castle was lit for a special event and there were absolutely no tourists at all.

I’ve included around 20 photos below but if you would like to see more photos from this wedding, check out this post over at my wedding specific website; Joyful Weddings.