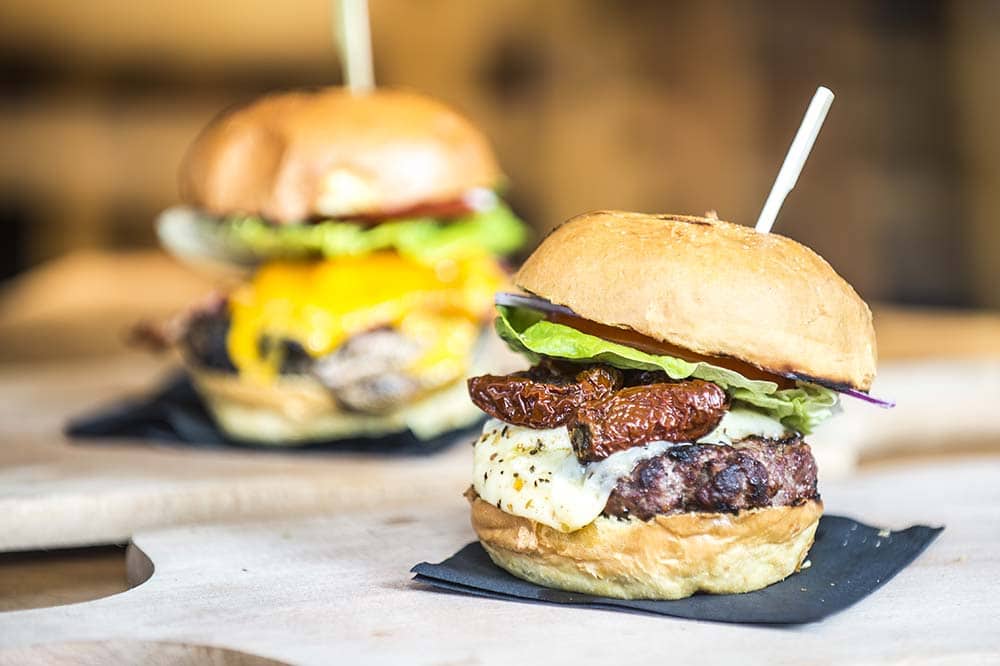 Food and Restaurant Photography Glasgow. Over the last couple weeks I’ve been travelling to Glasgow again quite a lot to photograph food. This time I got to try quite a lot of the food which was really appreciated.

The first photo, the burger is from a restaurant called Distill. Distill looks like a pub with a restaurant area but the staff were super friendly and the food looked absolutely delicious. I didn’t try anything as I had already eaten food at the first restaurant I went to but I’ll definitely go there again with my family. 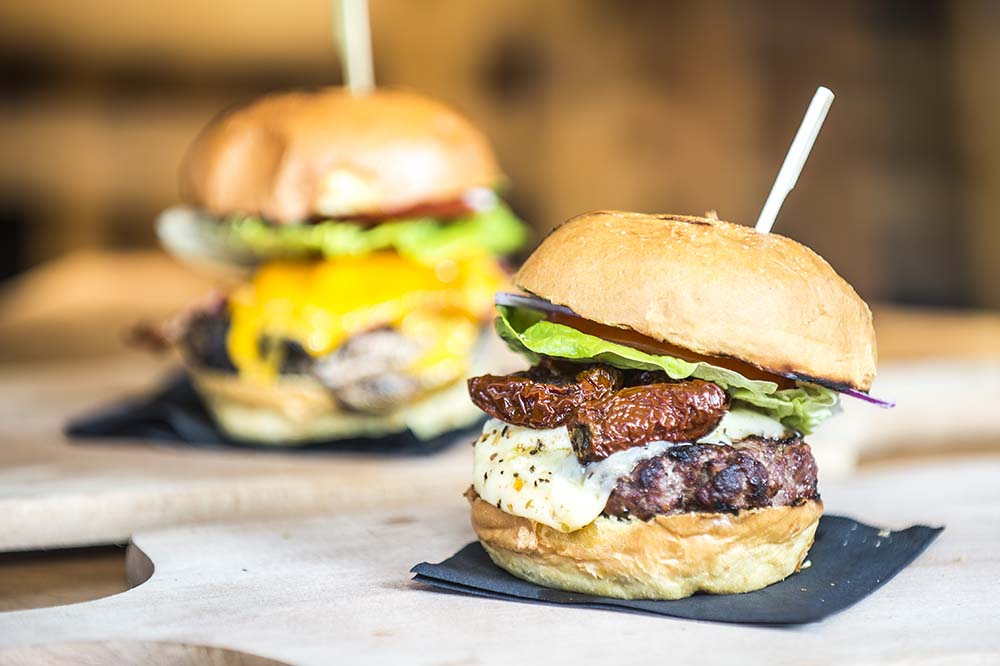 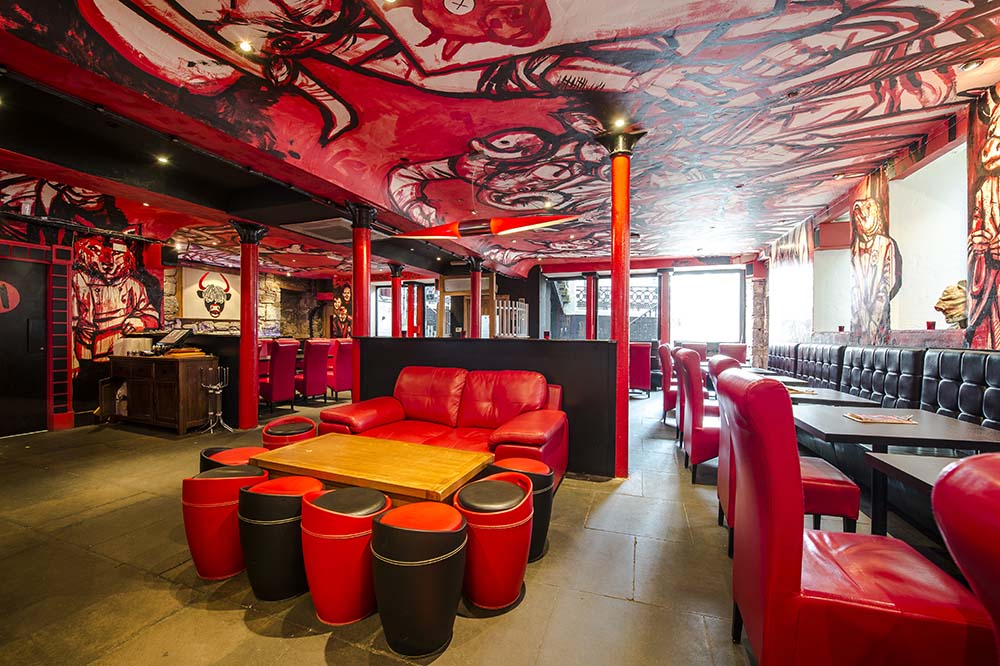 The second restaurant, Jacker de Vlande, looks awesome inside. They’ve painted it up so it looks like a slaughter house and it’s very atmospheric. it was also quite tricky to photograph food as the restaurant is really dark but on the day I visited I bought a cheeseburger from them and it was pretty good. The burger itself was a little spicy which is how I like my burgers to be so thumbs up there.

About the photo, instead of having just photos of burgers, burgers and more burgers throughout my blog, instead I’ve posted a photo of the restaurant. 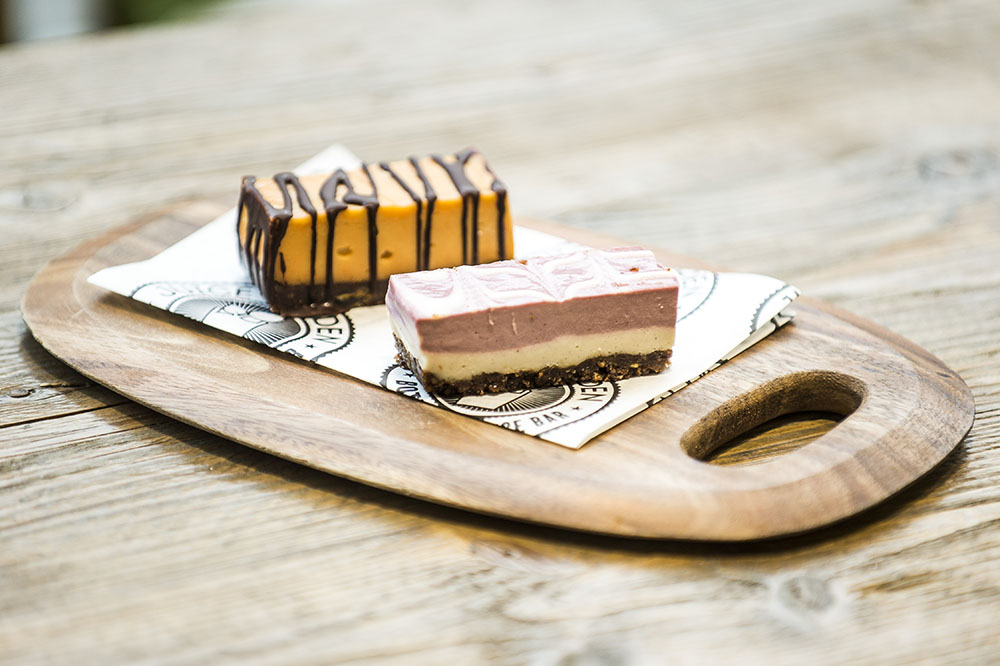 The next place (with the cakes) is a cafe called Juice Garden. They sell health juices, healthy smoothies and food but also some quite nice looking cakes. Visually a smoothie is a smoothie so I didn’t include a photo hear but I tried their “Pink Banana” which has almond milk, strawberry and banana in it. I couldn’t take it in the car with me but I had a huge slurp before I jumped in and it made my day many times better for it. 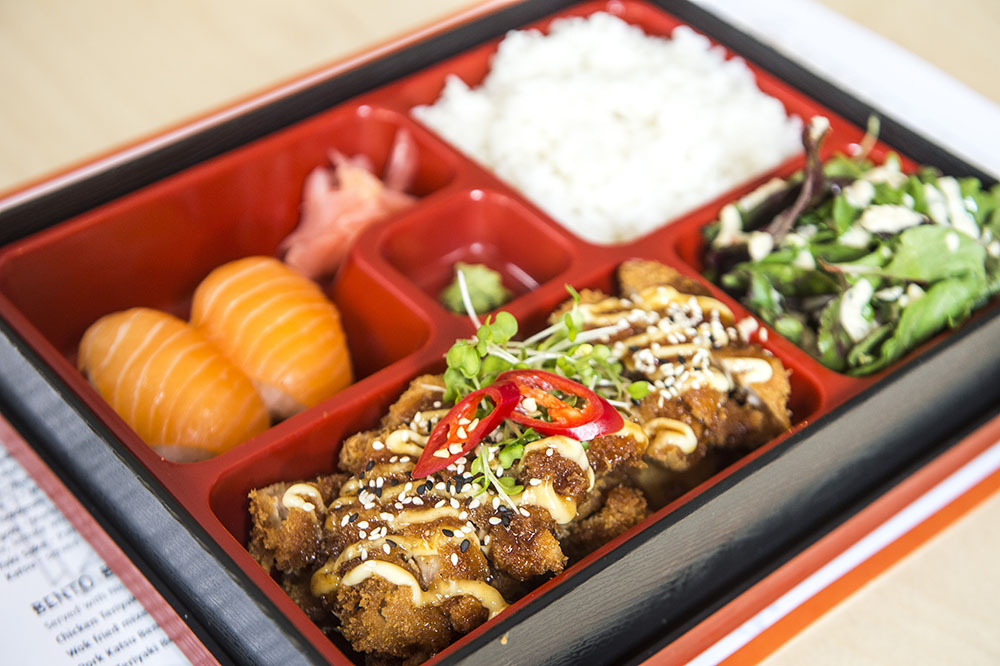 Next up is a restaurant called Pickled Ginger. If you know anything about my food tastes I love Japanese food. LOVE IT. I could quite happily live off sushi/sashima/ramen etc.

Our choice of Japanese food in Scotland is pretty interesting. I’ve had really damn amazing sushi in London at Sticks n Sushi but in Edinburgh the only decent sushi restaurant we have is Kanpai. Kanpai is very good but expensive. There are a couple other places I’ve tried that sell sushi but without naming names they were pretty damn awful. The best sushi I’ve had has to be tied between Sticks n Sushi and Mitsui in Taipei. I haven’t made it to Japan myself (Liv has) but Mitsui (review here) was sublime and for what we ate incredible value.

Pickled Ginger is a relatively new Japanese restaurant in Glasgow and it’s actually really good. Certainly the best sushi offering that I’ve tried in Scotland. It’s very different to Sticks n Sushi (less creative) and Mitsui was on a whole other planet but I really liked it. The first time I visited I tried a roll of somekind (excellent), a dumpling (pretty good, better than any dumplings I’ve had in Edinburgh) and a bento box. The bento box was seasoned really strong but cooked perfectly. The rice was great, the pork lovely, sushi delicious and the salad awesome (and I hate salad normally). Go go go if you like Japanese food. 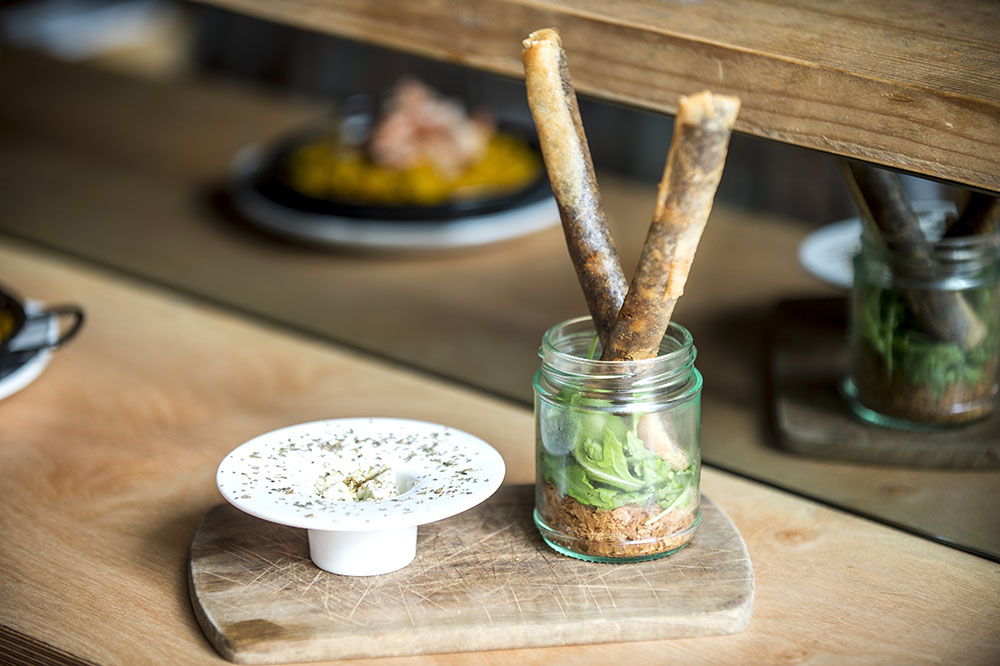 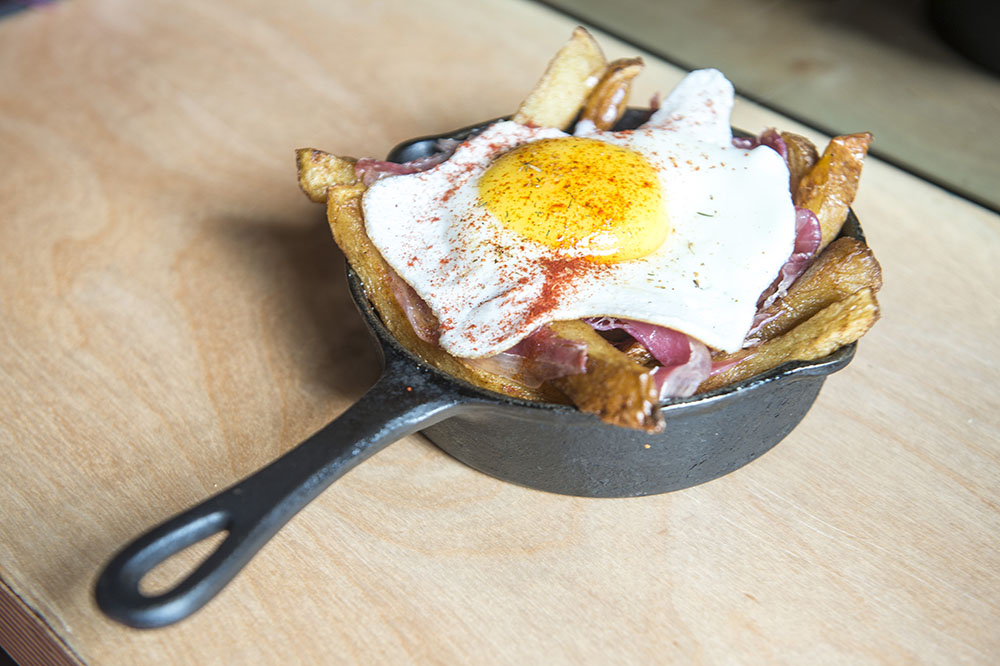 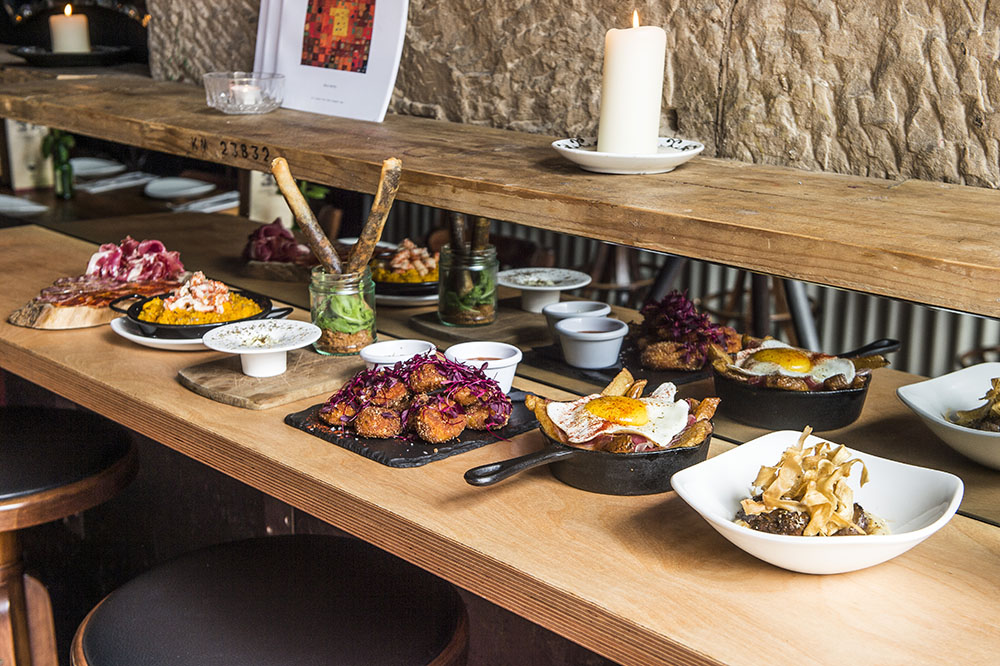 Last restaurant is Rioja which is a tapas restaurant. I first tried real tapas in Granada, Spain, a few years ago and loved it. I loved that you can buy a pretty cheap European beer and it came with a plate of tapas. Some tapas was better than others but what an awesome concept. You can read what I wrote about the food there here.