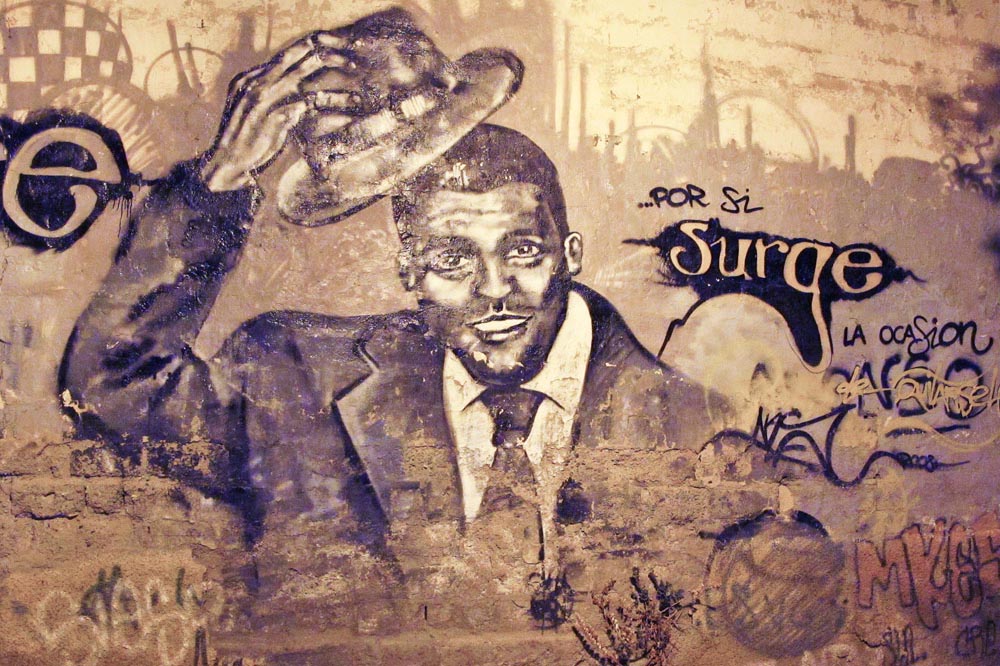 Here is the final batch of normal photos from Granada. We were really amused seeing loads of people using Segways and just when we walked out of the path at the bottom of the hill from Albaicin we saw the learning class below. Sadly I cut off the lady’s head at the front but they were literally speeding past. Funny though. We also came across the barking dogs again but I took some proper pictures this time. Finally there are just same normal daily photos from Granada. Hope you enjoy. 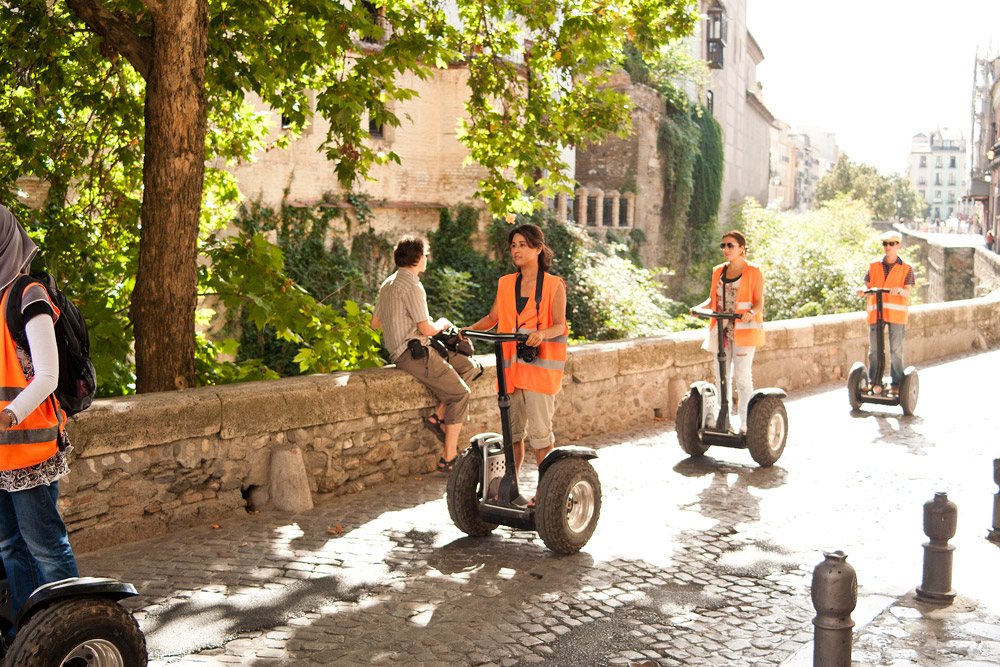 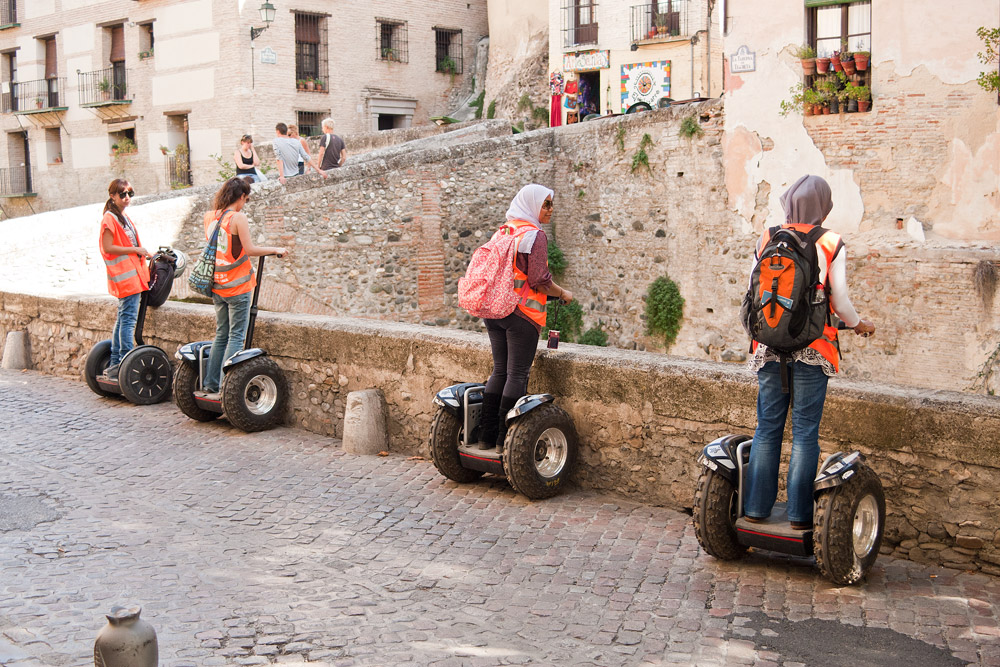 The ladies above were learning to do three point turns on their Segways. I want one! 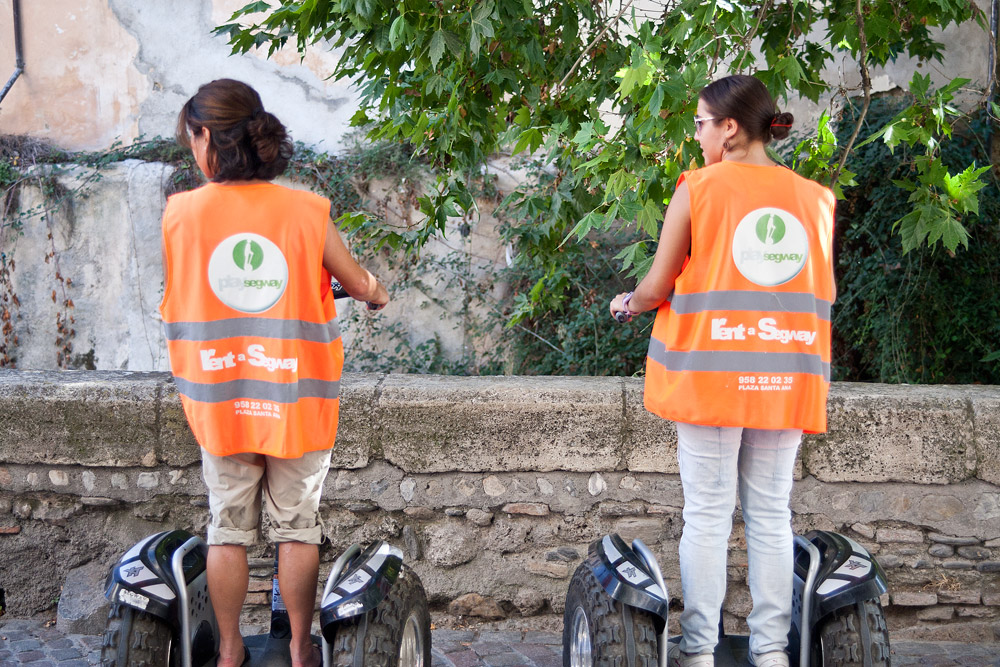 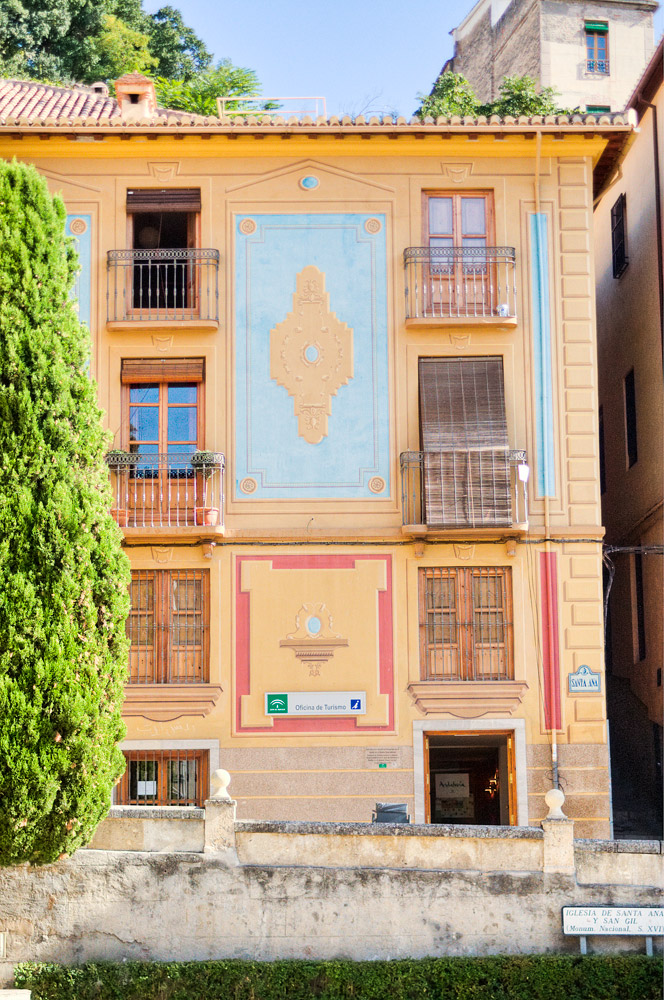 This is Granada’s tourist office. Very different to ones here in the UK 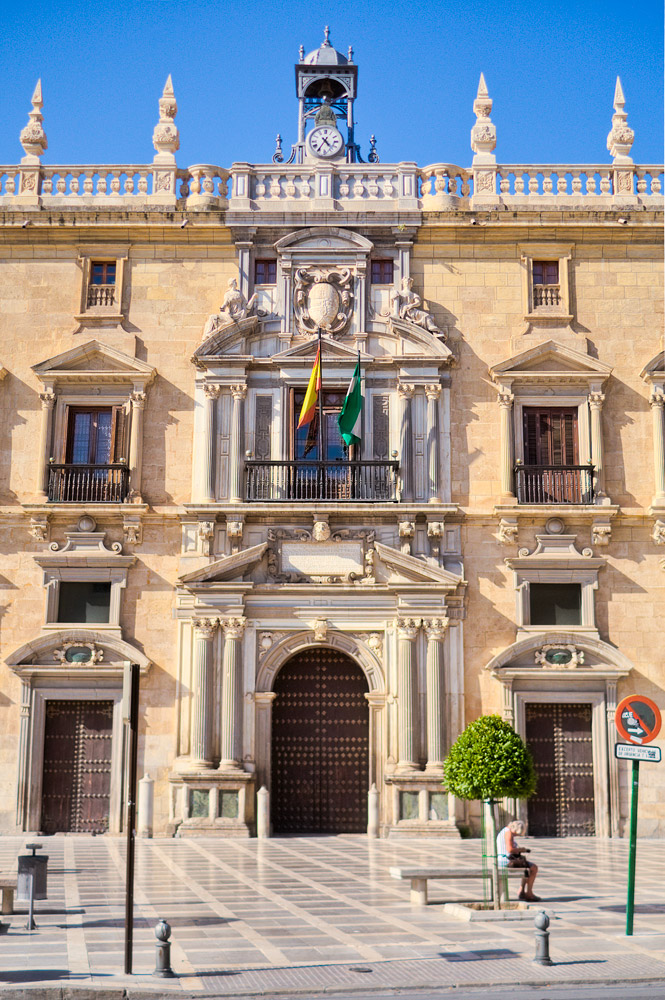 Granada Town Hall. I believe this is a town hall or consular but it has really beautiful architecture. 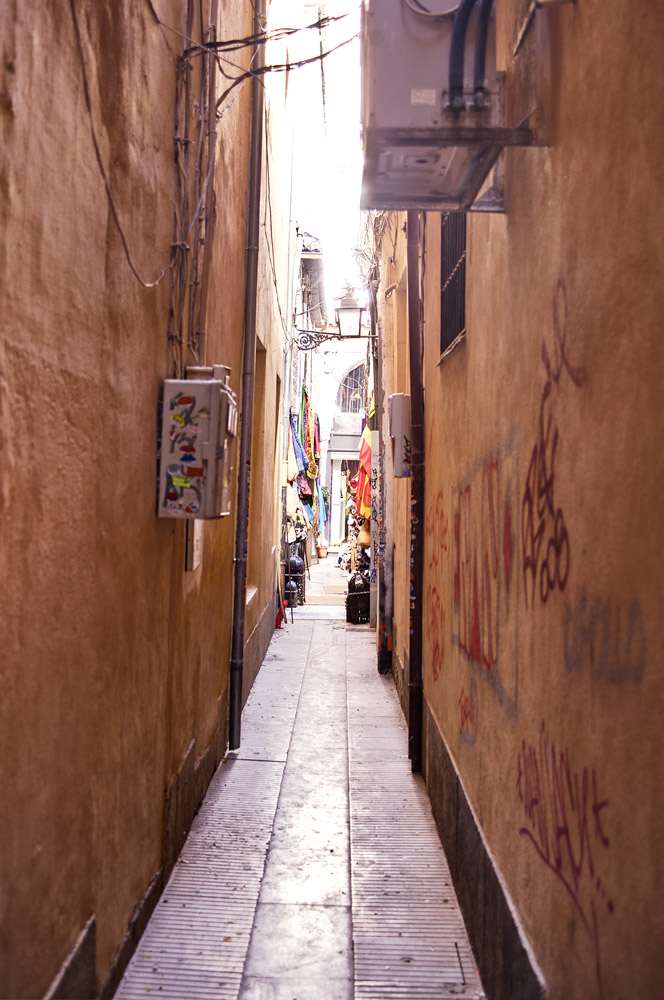 Street leading to the markets. Granada has a really superb market with an arabian influence. You can buy all kinds of things as you can see in the photos below and you have great walkways like you can see in the photo above. We wanted to buy some lights but it wasn’t practical to bring them home but we did buy some dishes for our food photography. 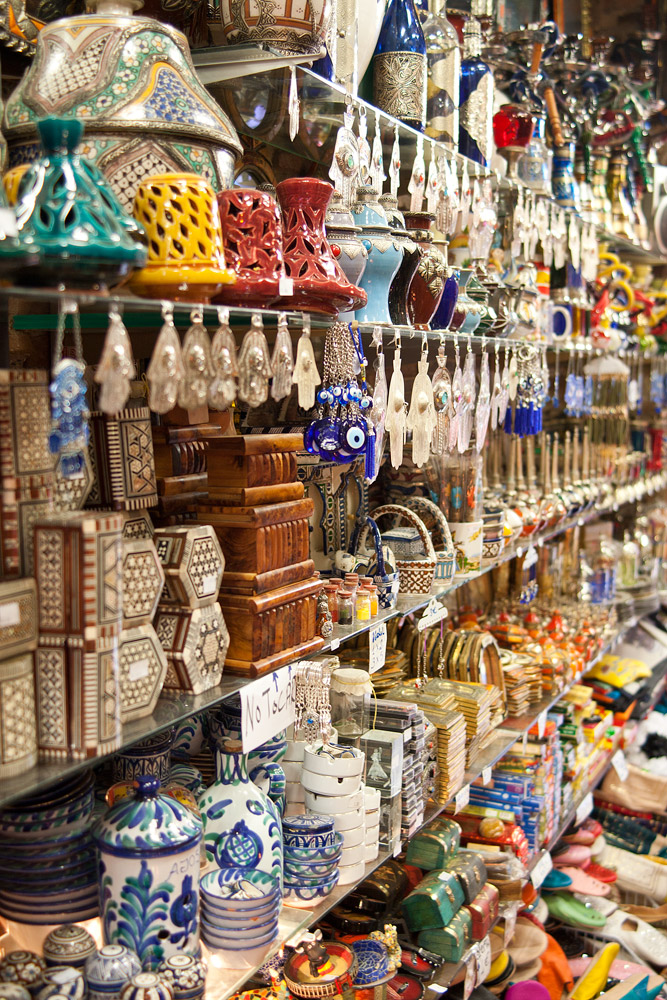 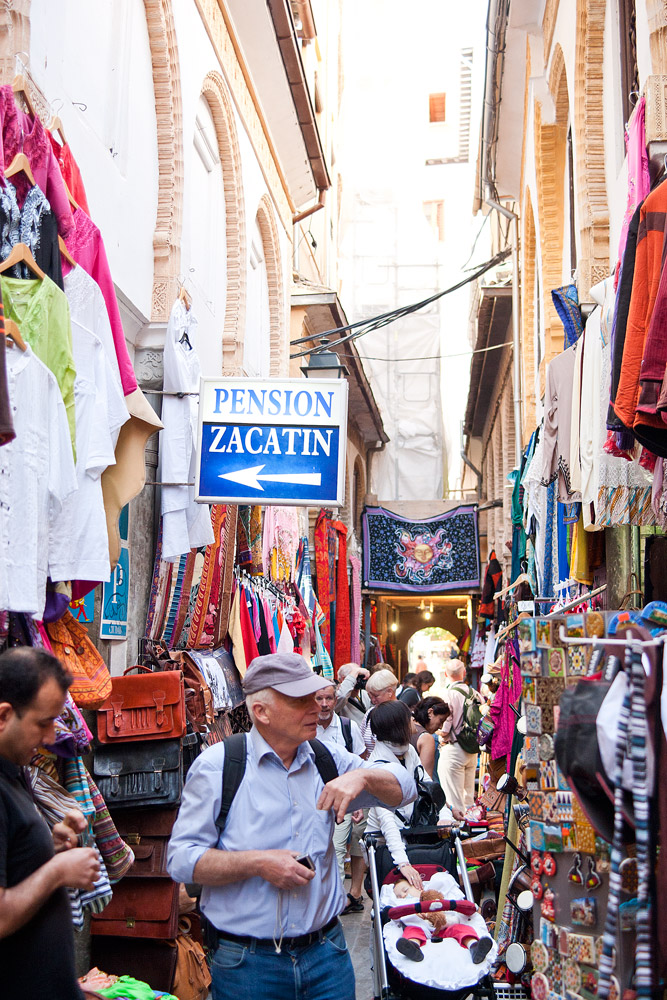 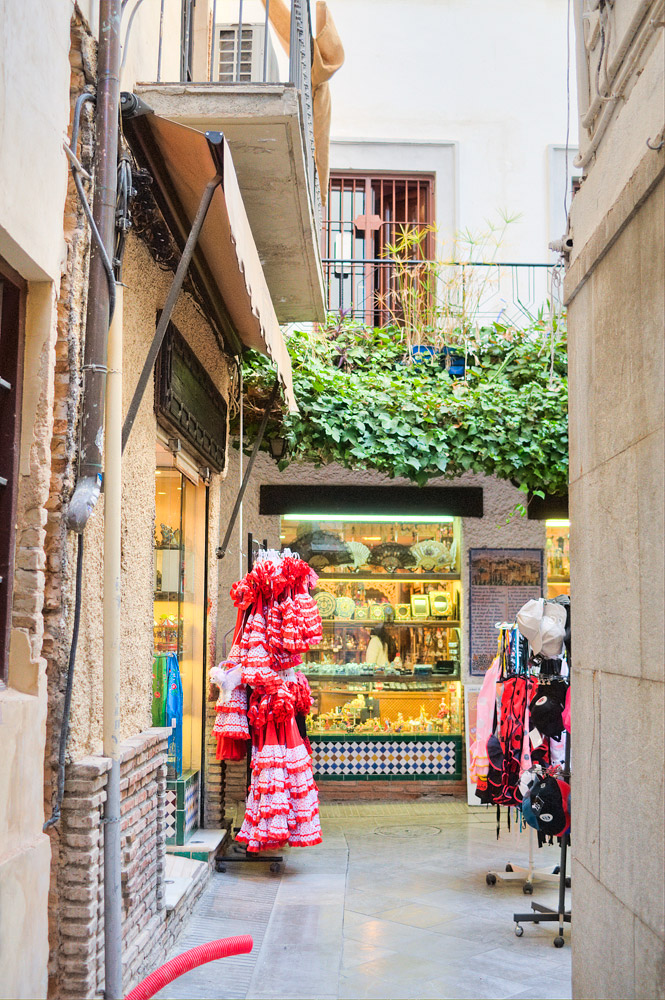 I really wanted to buy Liv one of these flamenco dresses but she won’t wear one. 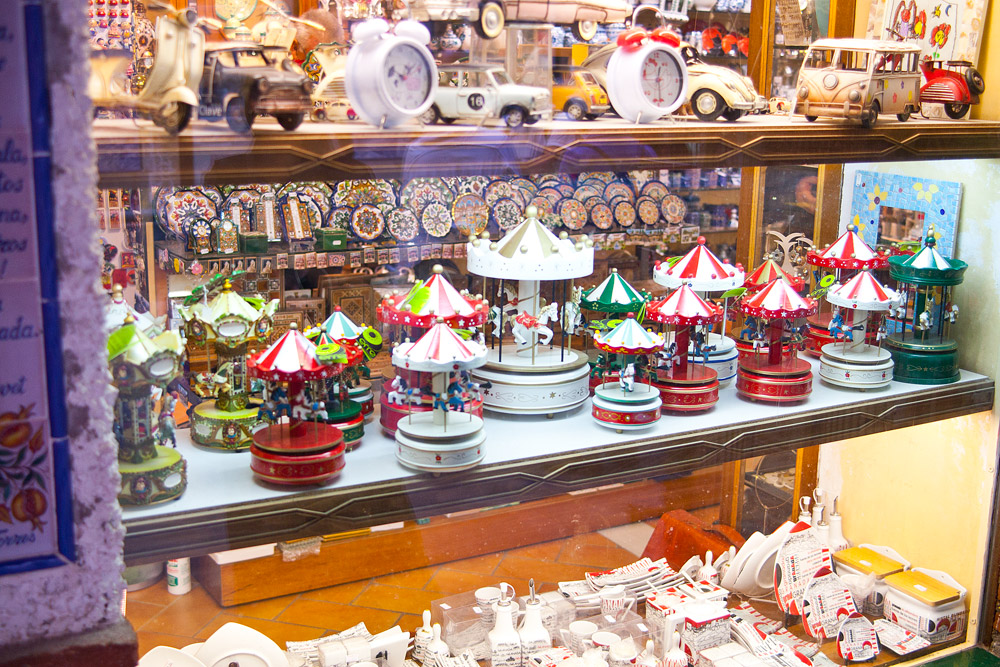 Several shops in the same street sold these carriages. Maybe it’s a Spanish thing but they were really pretty and something that would make a good decoration. 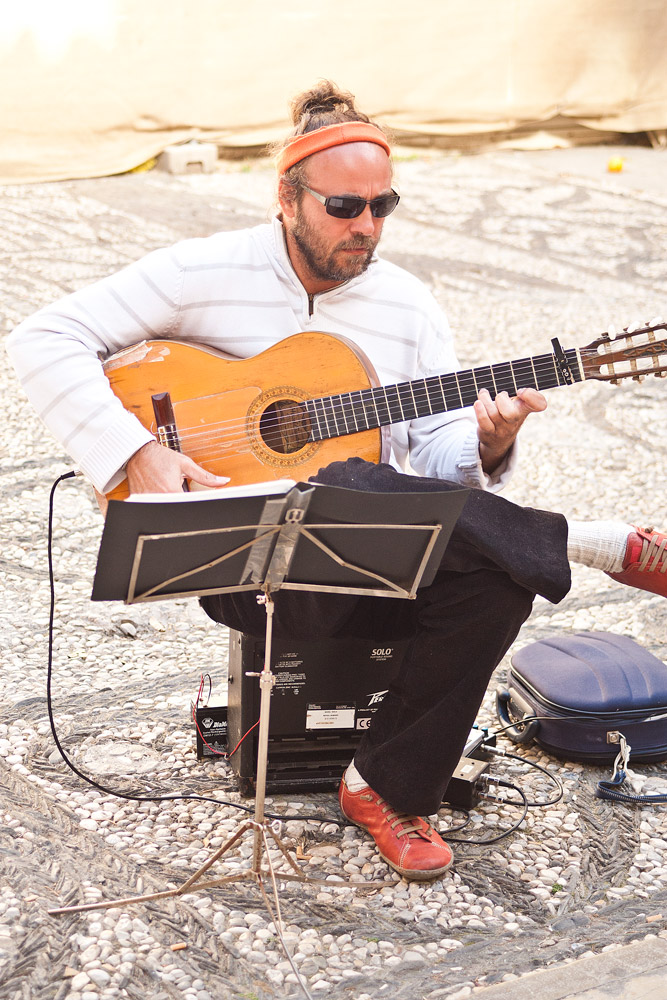 We saw loads of performers like the one above throughout Granada and Madrid. I really like the sound of Spanish classical guitar but it’s something I was never any good at. 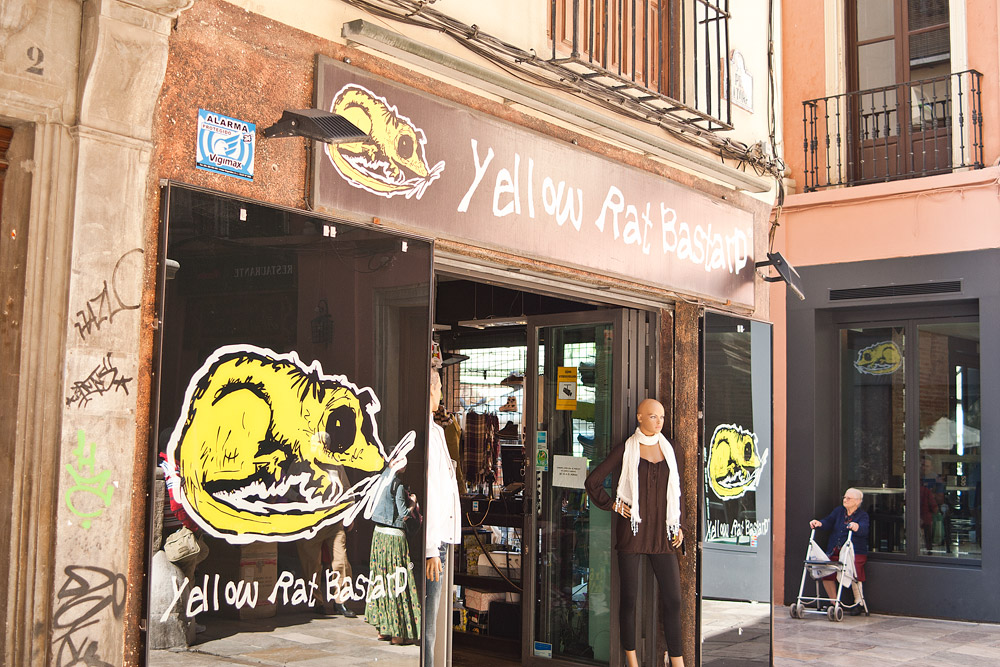 Yellow Rat Bastard. Awesome name for a store that just had to been photographed. 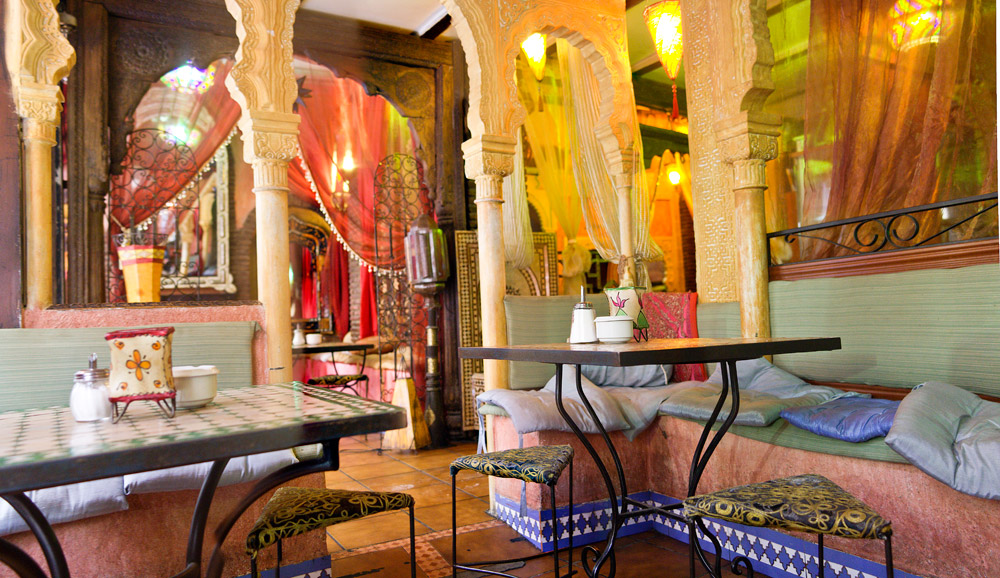 Arabian tea house. On the walk up to Albaicin, Lorenzo took us to this Arabian tea house. I had a vanilla smoothie (I know I suck but it was really hot), Lorenzo had a liquorice tea (which was divine) and Liv had something else. Each drink was about 2.50 – 3.00 euros but they were really good. 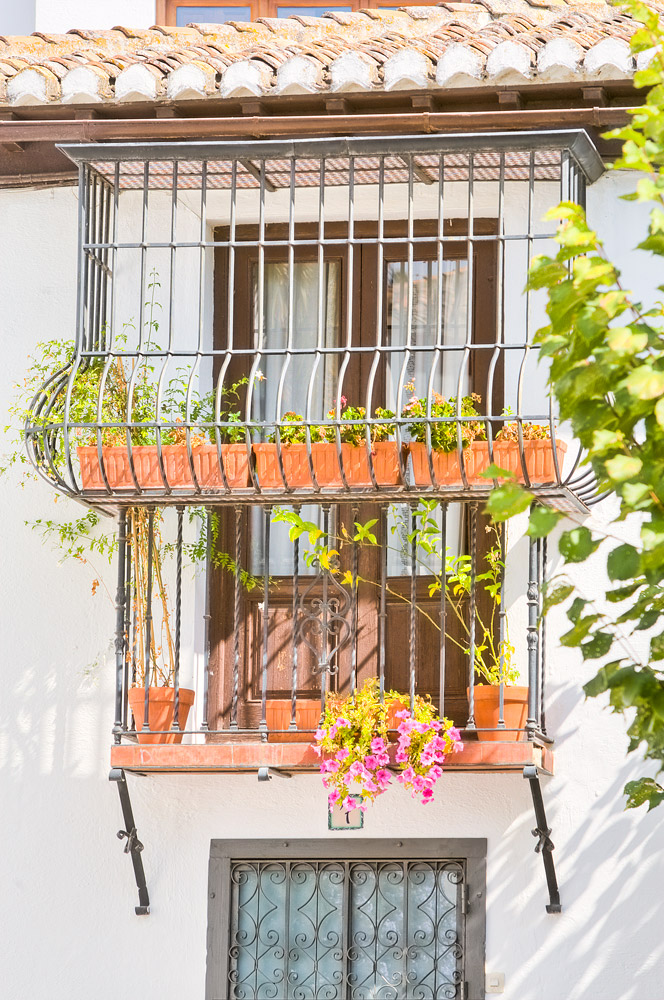 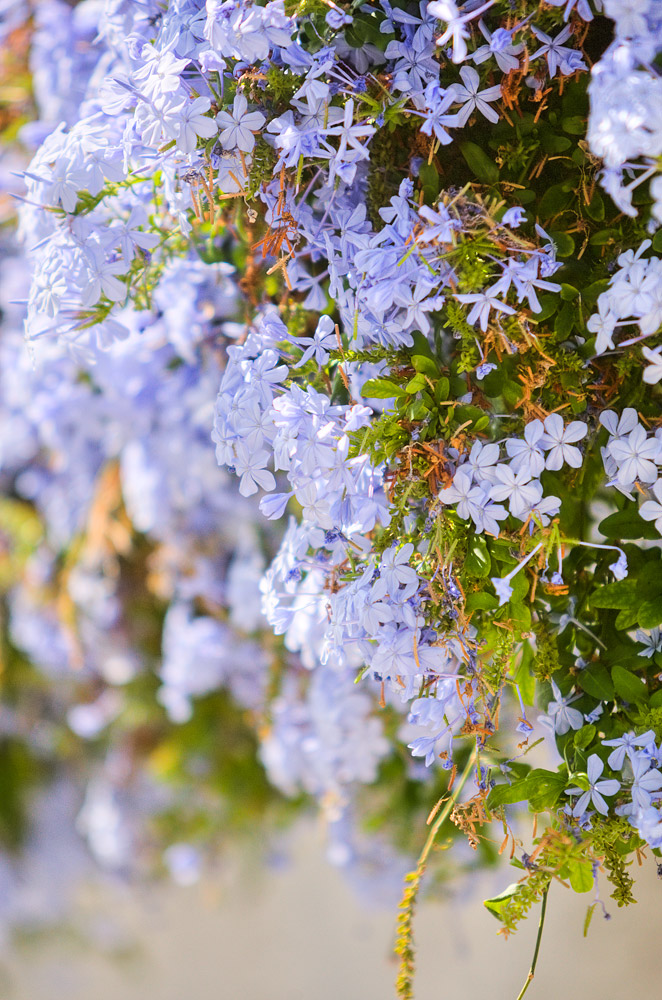 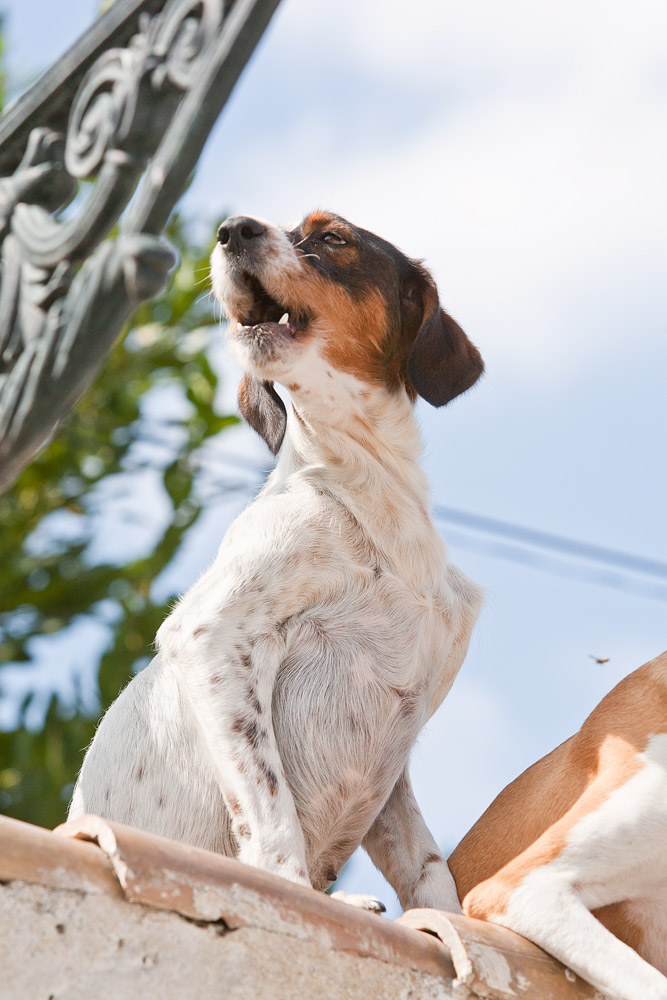 One of our favourite memories from Granada were these dogs. We walked past them twice and both times they went beserk. They would literally bark at anything but they made us laugh because they just lay there with their paws over the edges barking. 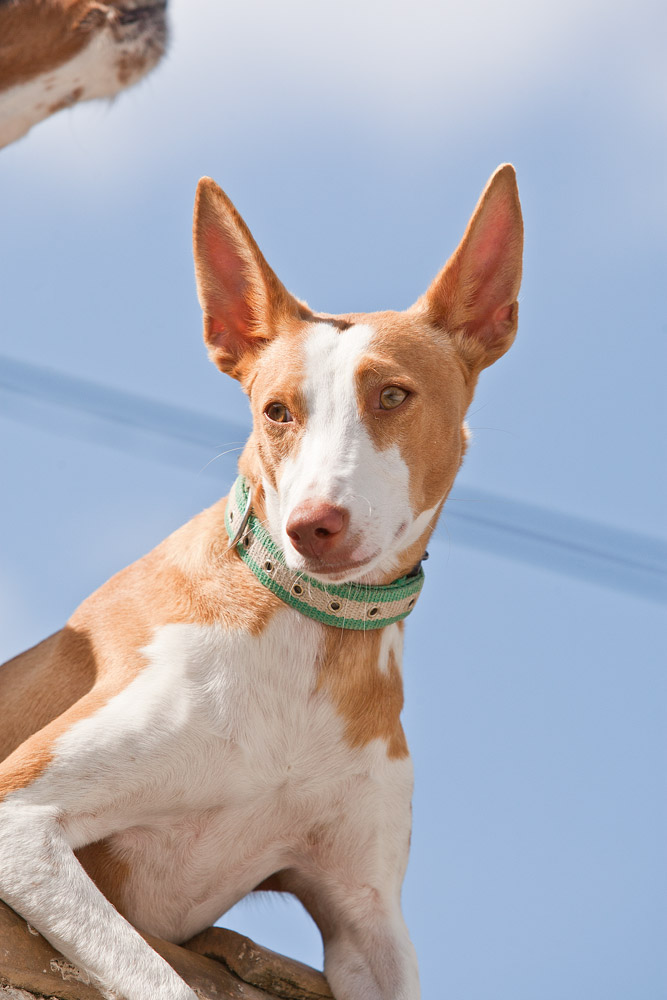 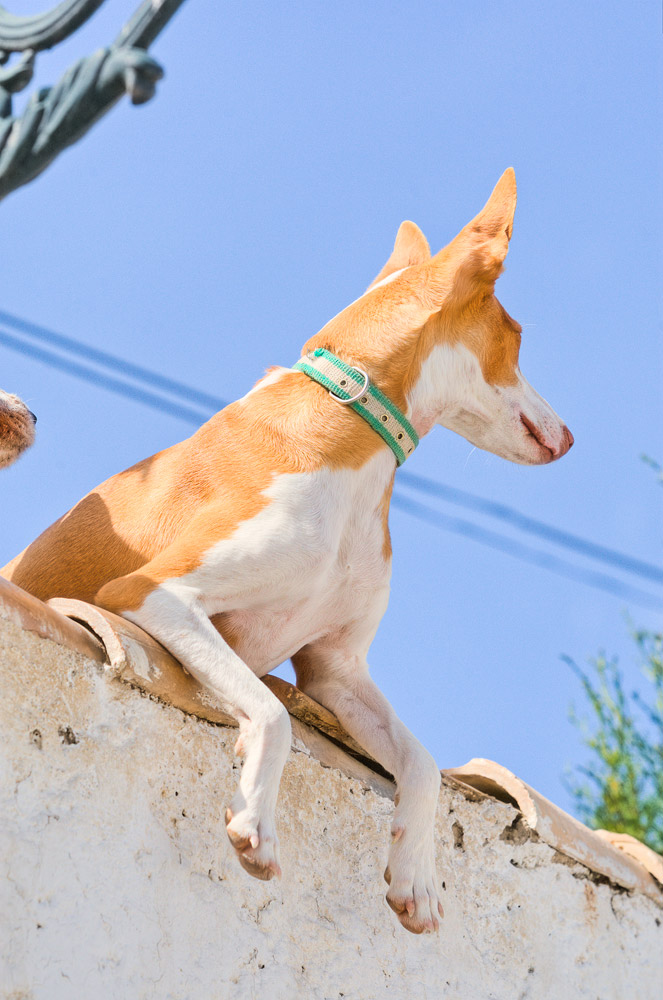 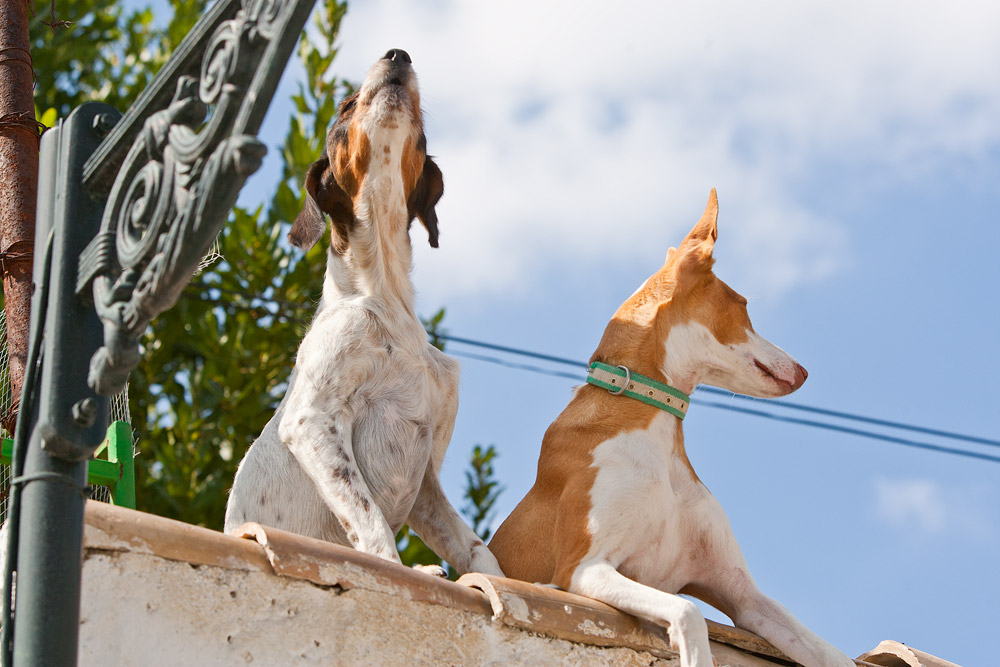 A large dog walked along the path and the dog on the left went ape. Really funny. 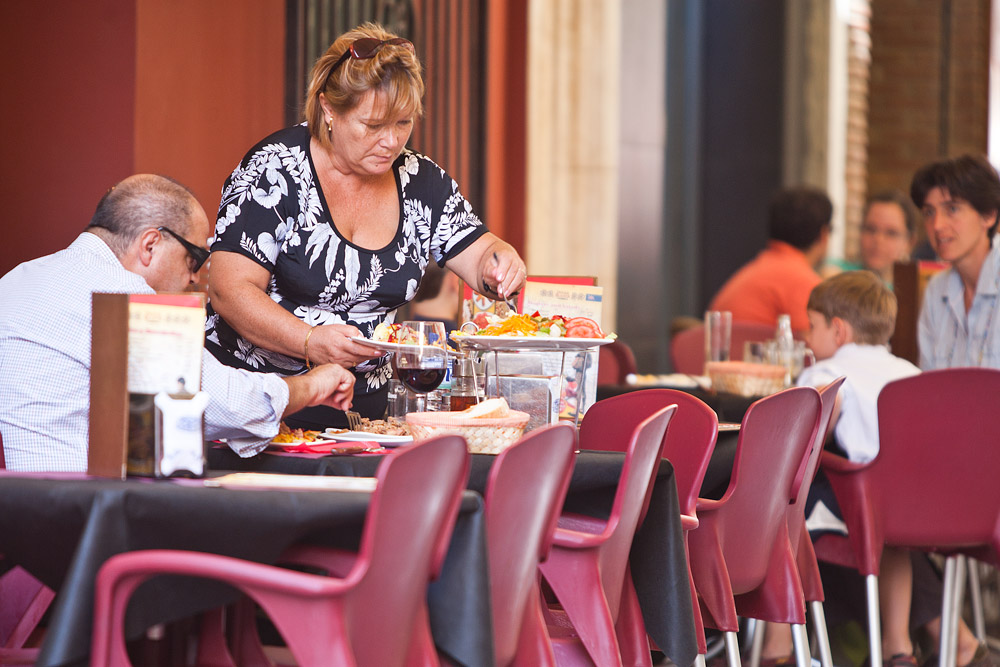 I took this picture to give an example of the healthy lifestyle in Granada. The weather as mentioned is gorgeous but people eat a lot of fresh vegetables, fish and meat. This lady while overweight was helping herself to a large portion of fresh vegetables. 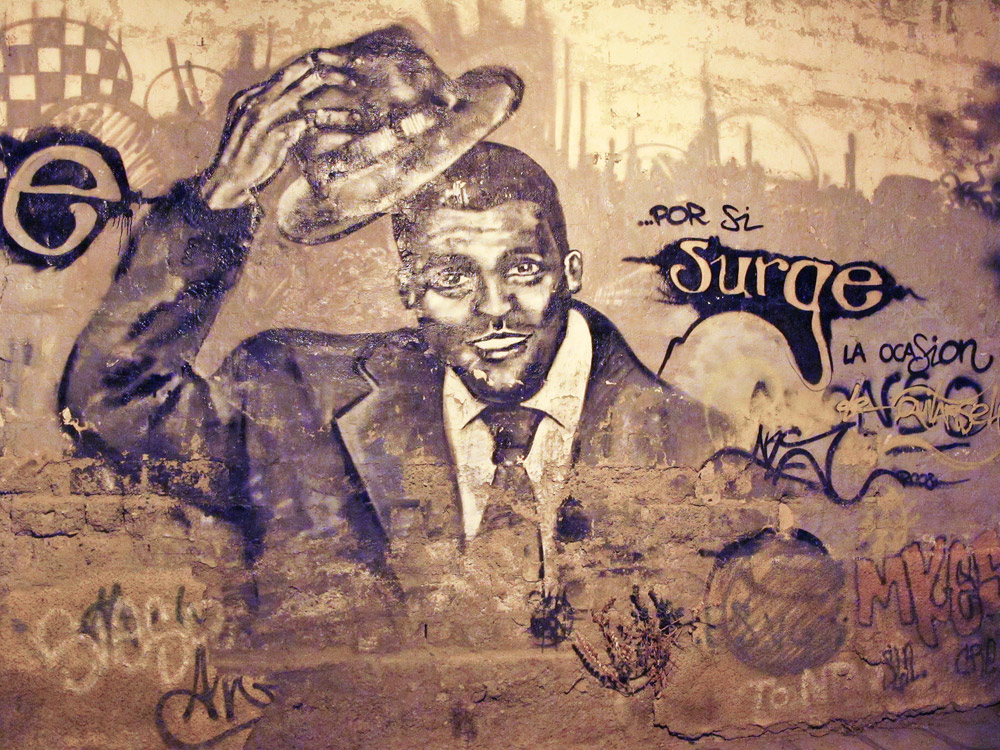 As I mentioned before Granada has loads of graffiti. Some looks plain crap but I really like this example. Just up from here was a 30ft fish that looked equally impressive. Maybe it’s the Picasso/Dali influence but you can always see really great art around Spain. 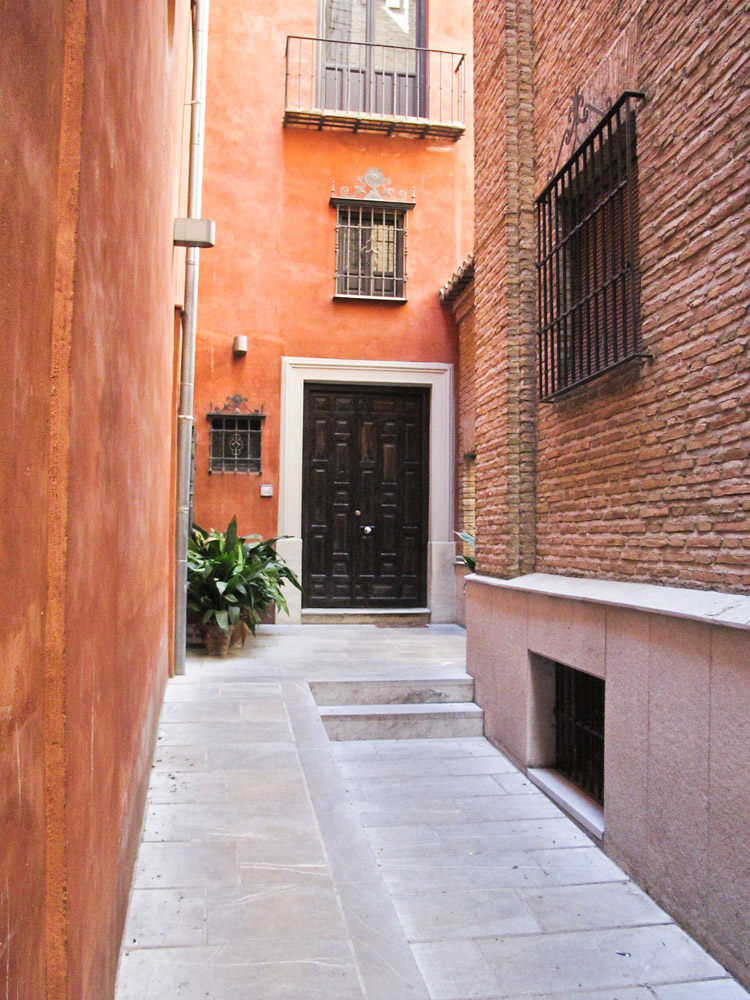 This is to the side of one of the churches. This is what I imagined Spain’s streets will look like. 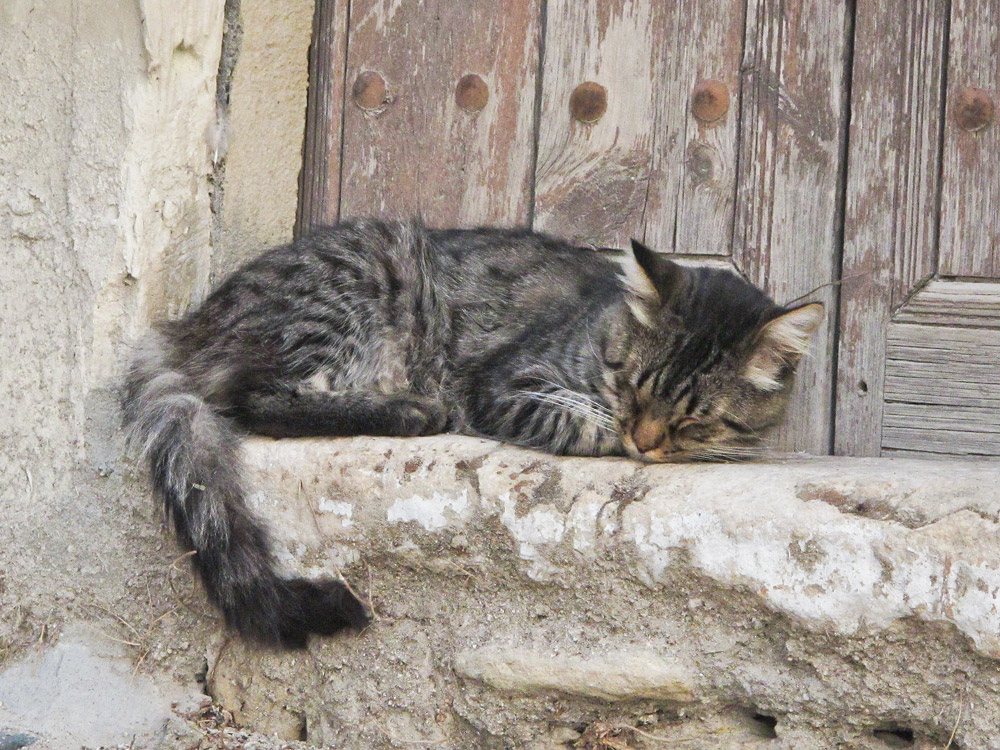 Cat Siesta. Liv took this picture while we were walking up to Albaicin. It was 30C and we were baking but this cute cat found some shade in a doorway. We tried to get it’s attention (in a kind way of course) but it wouldn’t move. 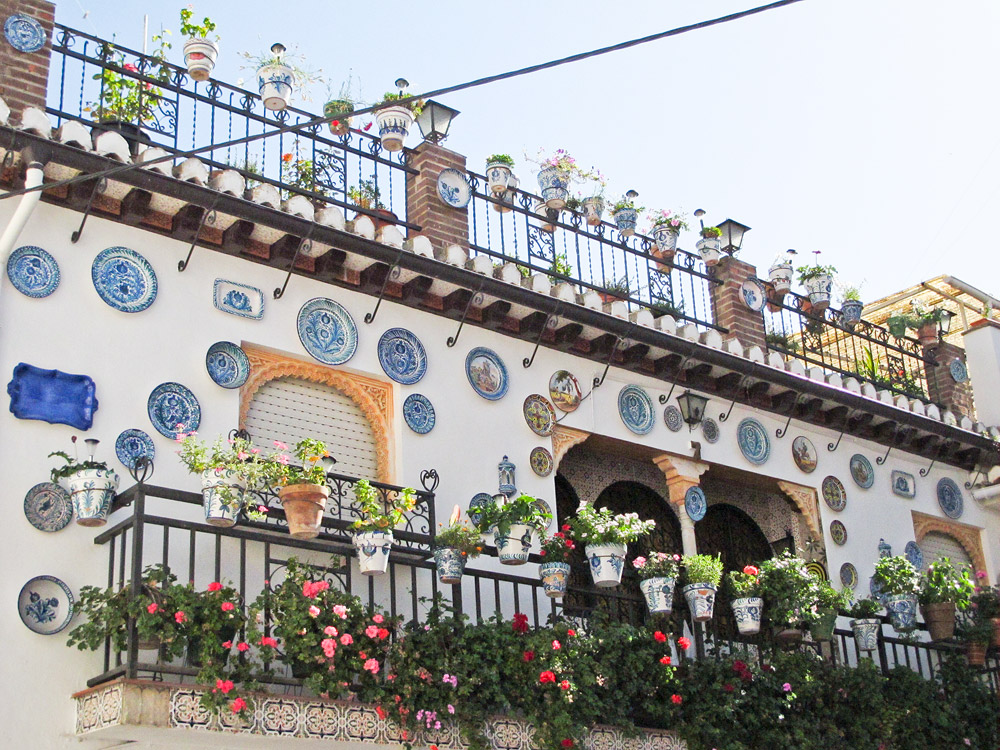 A great way to decorate one’s home. Lots of plates, potted plants and hanging baskets. Not sure if I would decorate my home in this way but the plants are great. 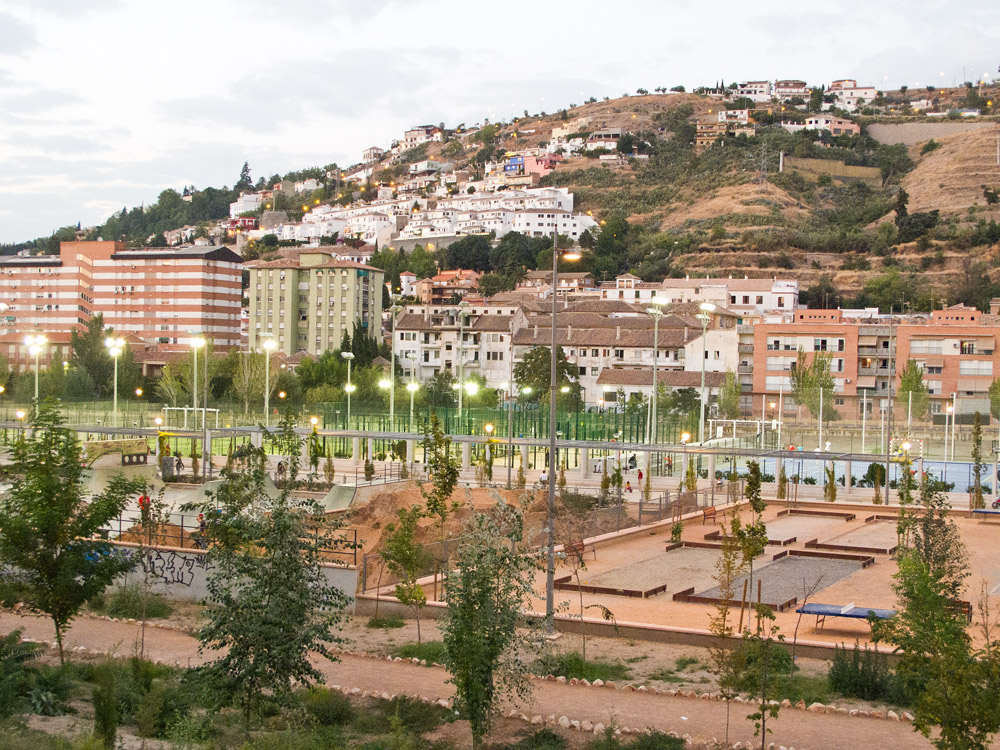 On our second night in Granada we walked with Lorenzo to a tapas bar which was in the opposite direction to Granada city center. We walked over a hill and saw these playgrounds. This is something I really liked. There are too many children in the UK with nothing to do, who go out drinking and assaulting or vandalising people/things but in Spain there are many dedicated parks for children to play. Whether they want to play tennis, practice bmx stunts, skateboard, there is something for them. Of course we saw some rough looking children but nothing like in the UK. 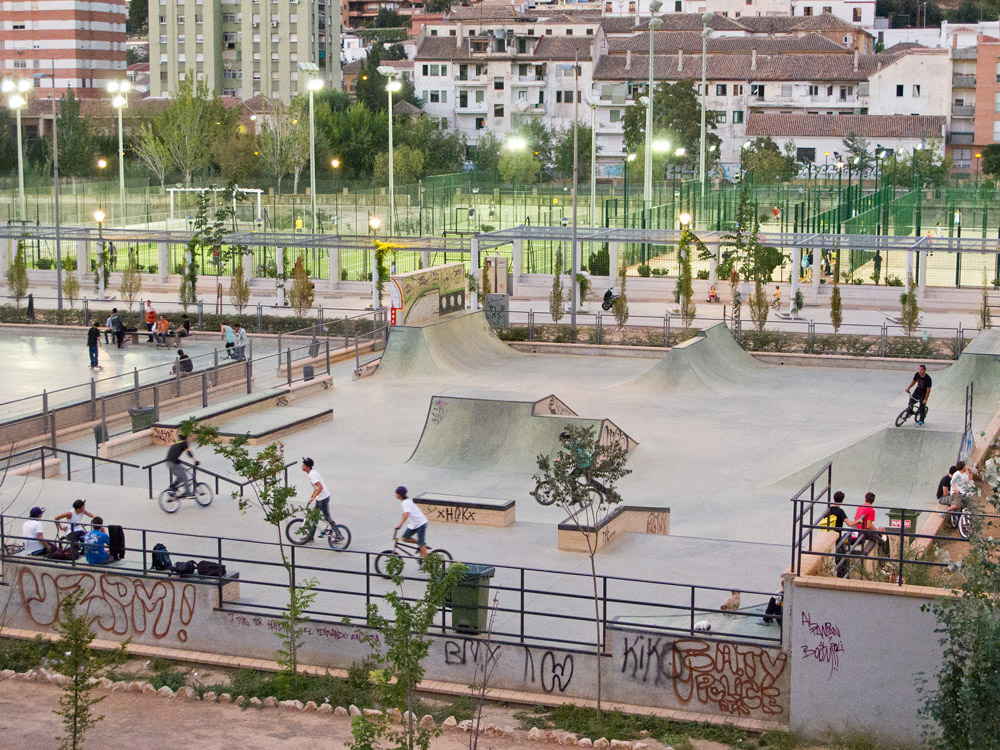