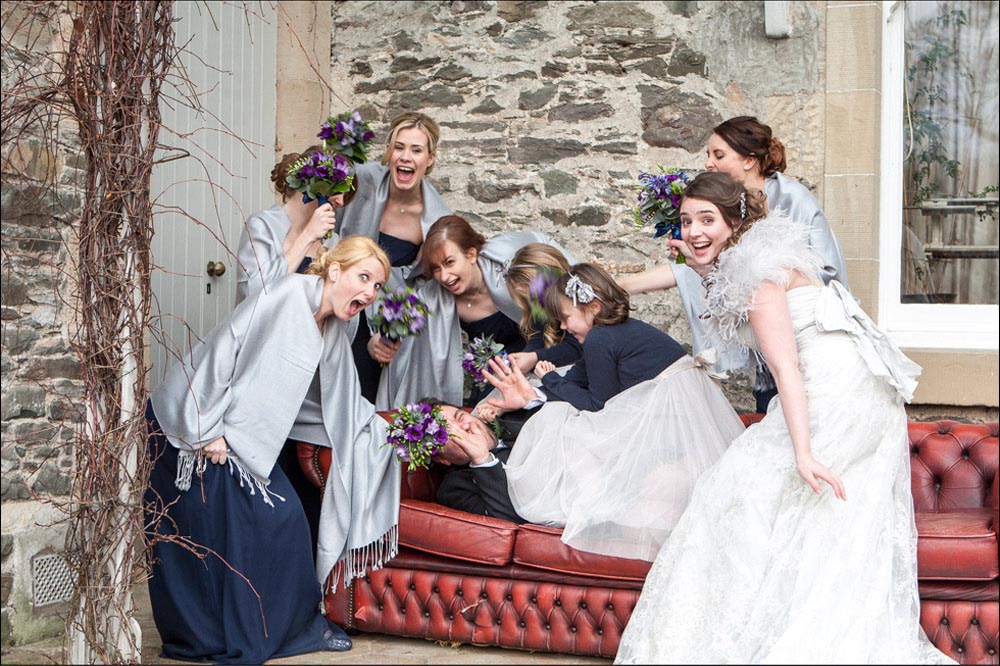 In the middle of February I photographed my second Kippilaw House wedding of the year. In the blog post I recently wrote about Angela and Jonny‘s wedding I raved about the venue and I still think it’s an absolutely fantastic venue but Will and Rebecca’s wedding was equally as awesome as previous weddings there but as each wedding does, it had a different feel to it.

Both Will and Rebecca were really great to work with and all of the guests I spoke to were really nice. I loved the whole atmosphere of the wedding and especially so in the evening with all the sing-a-longs and impromptu performances. The wedding also took place in the front room of the house, just as it did with the first wedding I photographed at Kippilaw House, and it’s definitely different to getting married on the stairs.

There were a few real highlights for me on the day. The first again were the impromptu performances. One gentleman played guitar and sang during the ceremony which I thought was fantastic but he also performed again in the evening. I thought he was fantastic and it really added to the day. Another was Will’s best man holds drum workshops and he performed in the evening. Again this was absolutely brilliant and really added to the whole day.

The last thing, and this might seem a bit strange, was Will’s kilt. I have very distant Scottish roots and have never worn a kilt before, even though Liv is trying to push me to wear one, but for me most kilts look very similar. For me to wear one it has to be something a bit different, something maybe a bit more extravagant(?). Anyway, in Edinburgh there is a company called 21st Century Kilts which I have seen on the internet and their kilts are worn by celebrities including Lenny Kravitz, Vin Diesel, Alan Cummings and more. Will have a kilt tailored for him by 21st Century Kilts and it looked awesome. Maybe next time before I go to Taiwan I’ll have a kilt made for myself and wear it over there. It will be interesting to see what looks I get off the locals.

So that’s really it for this blog post. Great couple, fantastic venue, great details, great atmosphere. Another truly exceptional wedding at Kippilaw House (still one of my very favourite wedding venues ever).