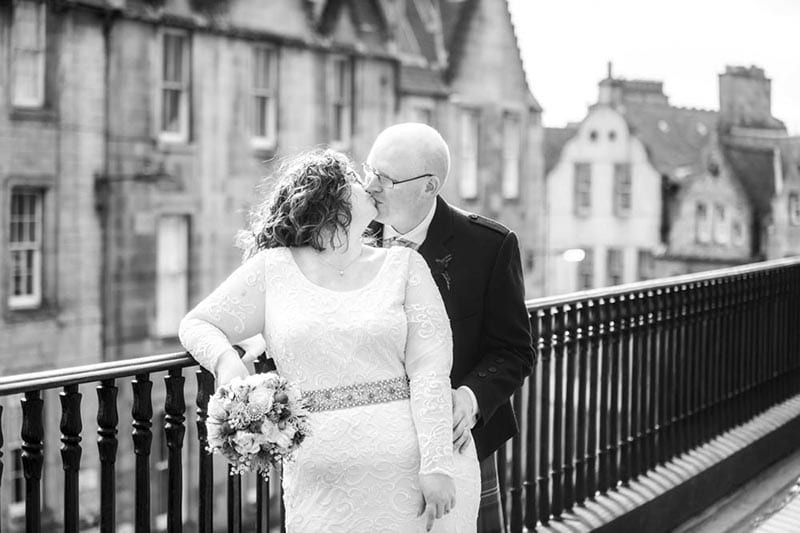 Hugh and Rachel booked me almost a year before their wedding and it was a fairly small but really nice wedding. The ceremony lasted around 15 minutes and afterwards I took some couple’s photos inside Lothian Chambers followed by a couple group shots then we headed outside of Lothian Chambers where we took some more photos.

It was a pretty nice day but really windy so I had to do some photoshopping to get rid of “wild hair” blowing in people’s faces but with the weather being so nice that day it was really nice to be able to take lots of great photos outside.

Amongst the locations we headed to were St Giles, Johnston Terrace, the Writers Museum Square, the Assembly Rooms on the mound followed by, finally, Hotel Du Vin. I think we were a bit lucky to get in the Assembly Rooms as it looks like they are doing some building work but it’s such a stunning location it’s almost worth climbing over walls to get into.

Hotel du Vin was as nice as ever. I really like the forecourt which is great for photos, the dining room is really delightful inside and from past experience the food is really excellent. It’s also in a really superb location and is only a few minutes walk from all of the popular spots where I take photos.

So that’s pretty much it for this wedding, it was short, sweet, Hugh and Rachel were great to work with, we had great weather and the locations as always were perfect. I’ve got lots going on right now with a lot of weddings coming up in a short period of time, I’m doing more car photography than ever and I’m super busy with the web design side of things. Right now I’m building one big website, I’ve just finished building another two, one of which is in Chinese (that was challenging) and I’m maintaining and running another three websites.

My web developing skills have come on leaps and bounds this year and with my photography skills, Liv’s design and illustration skills I think in the next 12-24 months we’ll be close to setting up our media business. Exciting times ahead!