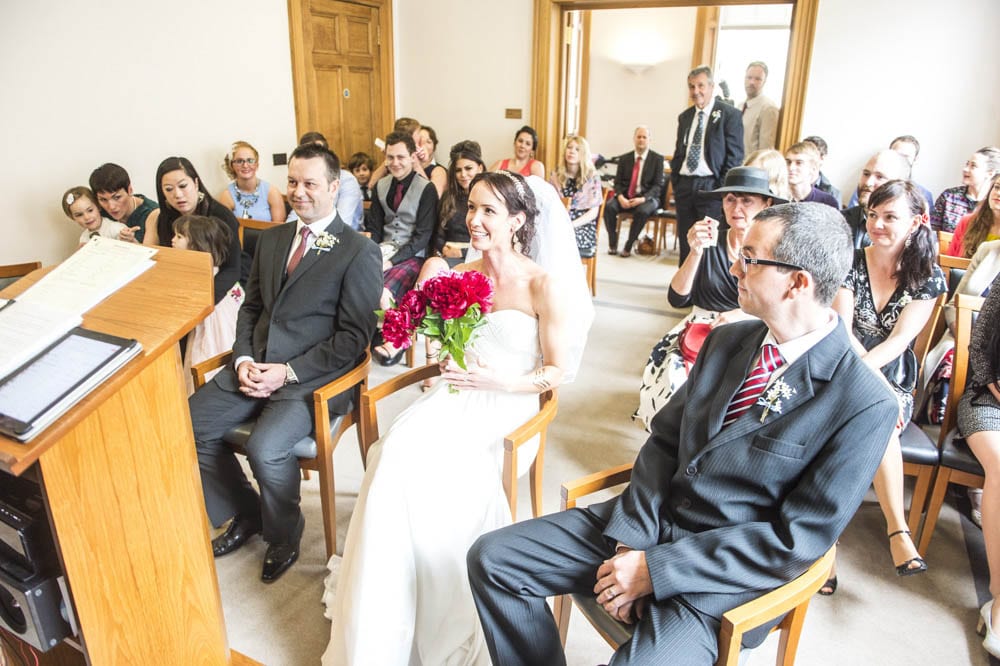 Lothian Chambers International Wedding. One of my favourite weddings of 2015 for a multitude of reasons was a wedding I photographed at Lothian Chambers Registrars Office for Pavla and Jeremy. In all fairness I really enjoyed all of the weddings I photographed at Lothian Chambers last year from Madeleine and Richard’s wedding which ended up at Kitchin restaurant and involved a short stay at a stunning apartment to Alison and Paul’s wedding where they arrived in a Westfield and had their reception at the brilliant St Columba’s church. They were all great.

Pavla and Jeremy’s wedding really stuck with me largely because I know the couple quite well, especially in the case of Pavla. Through a chance moment I met Pavla a couple years ago and she has been our babysitter since so whenever Liv and I need a night out we give Pavla a call. We also had one of our couples friends come along with their daughter who is really good friends with our daughter. So Liv, my wife, and Amelia, my daughter, came along and Millie at least had a huge amount of fun. She literally charged around flat out for 6-7 hours and she had brilliant fun.

Another thing that was really interesting about the wedding and why I called it “Lothian Chambers International Wedding” is it really was an international wedding. Pavla is from the Czech Republic, Jeremy New Zealand and then there were guests from as far as Taiwan and elsewhere.

The ceremony itself took place in the Melbourne Suite which is a brilliant room for normal size weddings. There’s tonnes of light, space to store things around the room and while it’s a bit cramped working from the front of the room there’s plenty of space at the back. Pavla brought along one of her friends who is an aspiring photographer and he was quite annoying at times as he kept getting in the photos but when you look at the end results of the photos in the end it didn’t really matter.

After the ceremony we did the normal group and couples shots and walked down the Royal Mile to take some photos in the side streets. On the day of the wedding the Edinburgh Pride Parade was doing their annual walk up the Royal Mile but this was fantastic for photos. They crowd quickly spotted Pavla and Jeremy and really got involved. You’ll see below there was a man dressed as a nun who came over for a chat, which was brilliant.

After the ceremony the wedding party took a wee break and joined up at a venue in Leith (forget the name). For once Liv and I were guests to a wedding but I brought along my backup camera (D600 instead of the normal D4) and took a couple wee snapshots but it was nice to be able to relax at a wedding for once.

So that’s it for this wedding, lots of photos to share and I really truly loved being part of this wedding

This is my daughter charging up the stairs. One of her best friends was at the wedding and she absolutely loves Pavla so she was super happy the whole day. Something that really makes us laugh is she can’t for whatever reason pronounce “Pavla” so she calls her “Pla Pla” and even today whenever I edit a wedding she always asks “Is that Pla Pla’s wedding”

Liv, my wife, on the right with Amelia