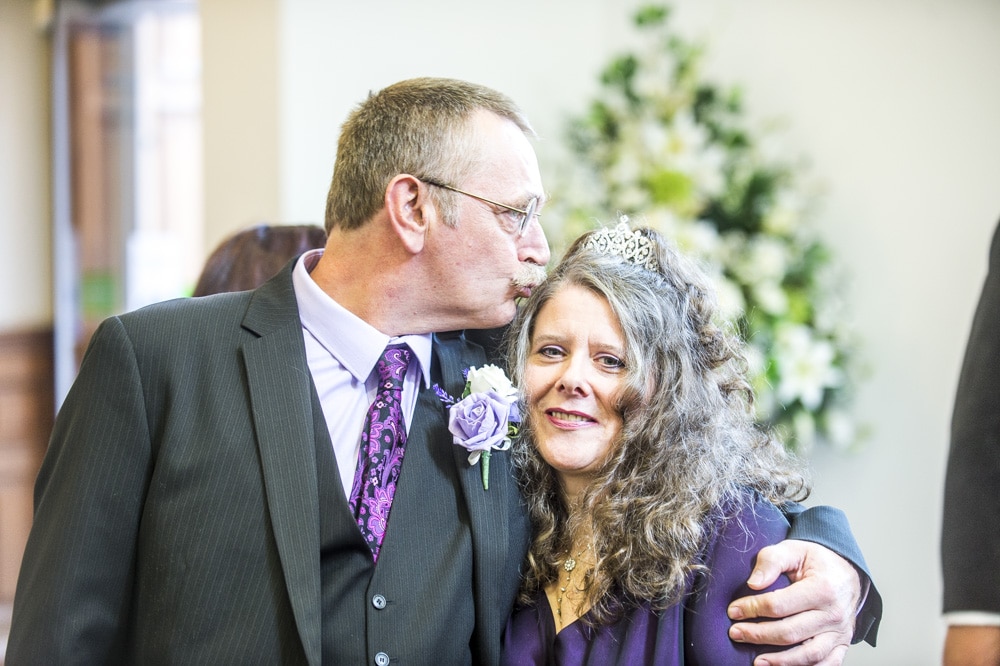 Lothian Chambers One Hour Wedding. Recently I’ve photographed quite a lot of weddings at Lothian Chambers, which all have been absolutely great btw, but I photographed this wedding with a wee difference. David and Ella, who are one of the loveliest couples ever, really hate having their photos taken so they asked if they could book me for just one hour, hence this being called a One Hour Wedding.

So, cool! They came to my home for an initial meeting and to go over my work then just a couple months later I met them for another meeting but this time at a local Costa Coffee. I took Amelia (my daughter) with me to the meeting and after being shy for around 3 seconds she absolutely loved both David and Ella. To sum everything up, Millie ended up leaving the meeting with cake in her belly and everyone was really happy.

Come to their wedding day, David and Ella brought along two guests who were also their witnesses and on the day they had one of my favourite registrar Alistair (who works at the chambers) host their wedding. I’ve worked with Alistair a few times and he’s great. I always have a lot of banter with him and he brings a lot of humour to his weddings which is great for couples who are shy and nervous.

My day was really take photographs of the ceremony, some couples photos inside and out and a few photos outside. We did some photos in the archways need the chambers and I felt guilty they didn’t want more photos but they were perfectly happy with we all did on the day and after meeting them a couple days ago they were ecstatic with their photos.

So that’s a one hour wedding at Lothian Chambers. We managed to take some photos outside, a good few inside and we had great weather, a great venue, great registrar and importantly for me a really awesome couple to work with.