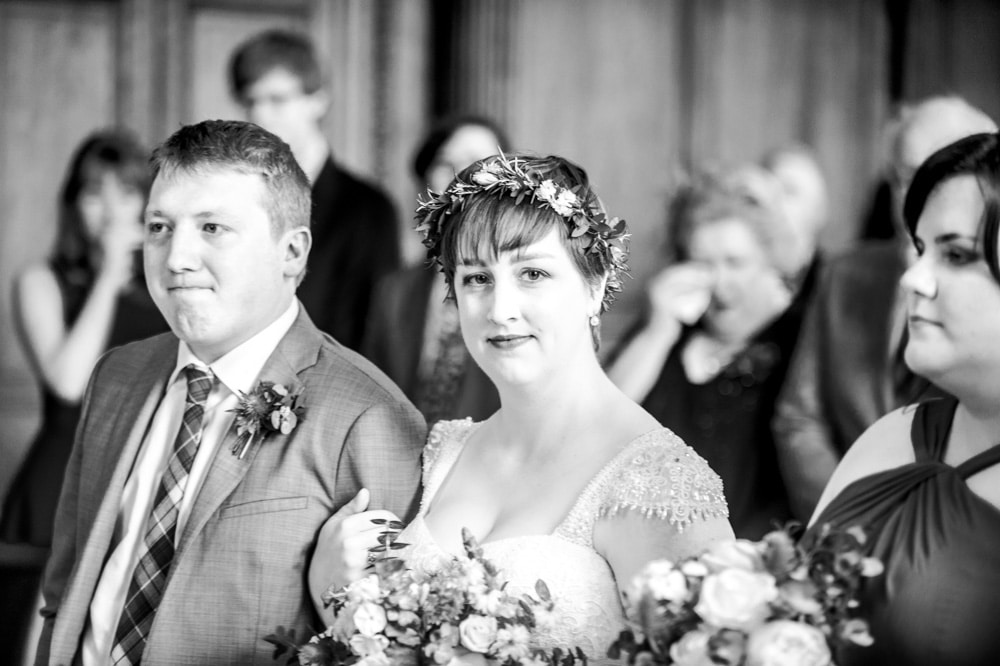 Lothian Chambers and Scotch Whisky Experience Wedding. At the end of July I photographed another wedding at Lothian Chambers Registrars Office and it was a real mixture of countries at the wedding. Claire is from Canada while Thomas is from Birmingham but even though they live in Canada they met in Edinburgh. How cool is that?!

So they decided to get married where they met here in sunny Edinburgh. I didn’t get a chance to meet the couple before the wedding due to their living abroad and I was warned Thomas hated having his photo taken and it turned out he possibly liked having his photo taken less than almost any groom I’ve worked with but they both look great in their photos so I’ve decided to share quite a lot of photos to show you what a shy couple look like in their photos.

I got to their wedding around 1 hour early where I met a couple of the older guests and it was lovely chatting to them as they were from Birmingham which is where I lived for 9 years. We reminisced at how god awful Bimingham is (in fact during the speeches and throughout the day everyone kept slagging off Brum, I wonder why?!) but also discussed how the city has changed and talked about the nice parts etc.

I suggested to Claire and Thomas they also do a receiving line, something that many people don’t do anymore, and that was quite nice. In some venues receiving lines can look really boring but Lothian Chambers, especially coming out of the city of Edinburgh suite, look great. Following the receiving line I did some couples shots inside the Chambers followed by a few group shots and more couples shots in Old Town.

We then headed up to their reception venue which was at the Scotch Whisky Experience where they had their meal in the Amber restaurant. I’ve photographed a couple receptions here before and it’s a pretty cool venue. If you like whisky (a pretty good reason for having a function here) then it’s a whisky lovers dream. They had their meal in Amber restaurant which looks really great and their reception in the basement which has a large bar and also serves as a restaurant, although this was used for the evening dance.

So that’s it for this wedding, really nice but shy couple that look really great in their photos who went to two really superb venues. On a note when I left the Scotch Whisky Experience there was a concert at Edinburgh Castle which I watched for a few moments before heading home. I still to this day haven’t figured out who was playing (both the staff and police at the venue were busy and I was too tired to wait) but it was an older act and the singer sounded like David Gilmour. Very cool if was him!