Recently I photographed another wedding at Lothian Chambers and despite not meeting the couple, Alan and Ally, in person beforehand these are some of my favourite wedding photographs that I haver captured so far this year.

Everyone was absolutely lovely and importantly for me both Alan and Ally followed direction perfectly on the day. I’m also taking photographs in a more candid manner nowadays to offer my clients more than just staged photos and I have to say, just like I found with the Kippilaw House wedding last year, I absolutely love it.

The wedding ceremony itself was short as Registry Office ceremonies normally are but really nice with two readings by Alan and Ally’s respective children. We then took a number of photographs around Lothian Chambers and we then headed outside towards St Giles Cathedral and then along to a couple of the old wynd’s down the Royal Mile.

We then finished off with a reception at Maison Bleue which is a restaurant which Liv and I have walked past a number of times and gone “ooh, we must try that out” and it was interesting. I stayed for just the one speech which was presented perfectly by Alan’s father George and was really funny. The room we were in while small was perfect for the wedding party although I wasn’t impressed with the “LOUD” hen party in the room next door (maybe this could have been organised better by the restaurant).

But anyway, I don’t work at Maison Bleue and I’m still curious to try out the food there one day but I did really enjoy taking photos there and indeed enjoyed taking all of the photos throughout the day.

Below as always are some of my favourite captures. 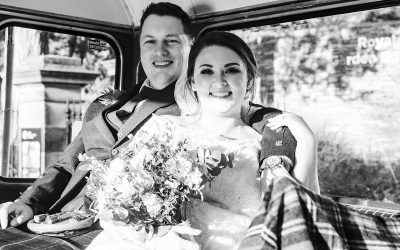 Hands down one of the nicest couples I've ever worked with has to be Jennifer and Chris who's wedding I photographed at City Chambers just a few weeks ago. Most of my weddings at City Chambers last just a couple hours...

END_OF_DOCUMENT_TOKEN_TO_BE_REPLACED 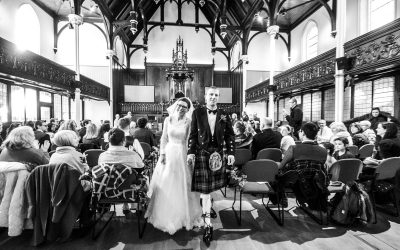 My second wedding of 2019 took place at the always delightful St Columba’s Free Church at the top of the Royal Mile. I’ve photographed a few wedding receptions in there, most memorably two great weddings, one...

END_OF_DOCUMENT_TOKEN_TO_BE_REPLACED 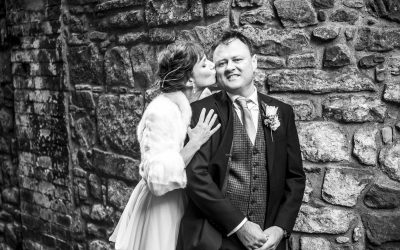 My first wedding of 2019 took place on the 12th January at the ever awesome Rowantree. I've written before about the Rowantree being an awesome venue, and it really is, but I was actually really pleased to shoot a...