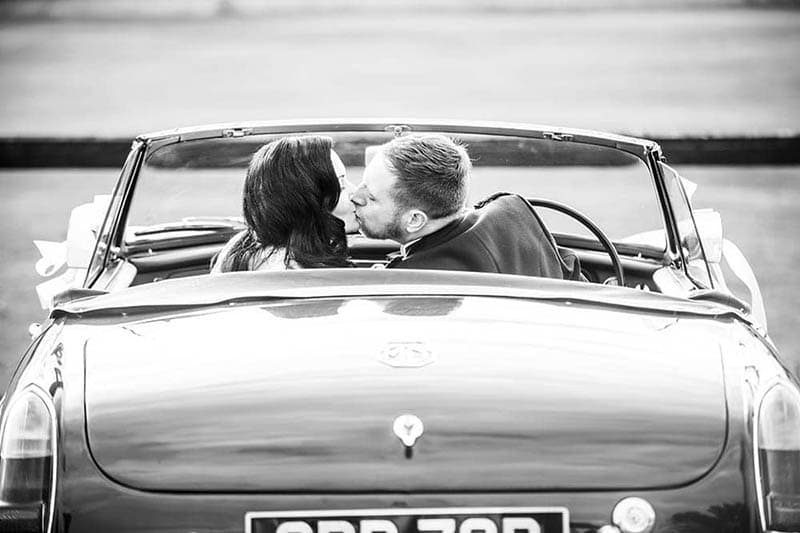 Mallard Hotel Gullane Wedding. I love picking up referrals and one referral came through a friend who works at one of the car dealerships I regularly take photos for all. I also used to work with this friend at the most god awful company I have ever worked for, Sykes, and it transpired that his friends were getting married in the most delightful town of Gullane.

Liv and I are big fans of North Berwick which is a most delightful seaside town around 20 minutes from Edinburgh. North Berwick has a delightful beach, lots of nice little shops, the incredible Bostock Bakery and the equally incredible Lobster Shack where one can buy a half or whole lobster with proper crunchy chips and you can sit on the harbour wall and eat it. Awesome. It ain’t cheap (to use a slang term) but sitting on a harbour wall in the middle of summer with an ice cold beer and a box of crunchy chips in garlic sauce and lobster is one of life’s pleasures. On the route to North Berwick is Gullane which is a popular golfing area and we stopped a couple times to look at the awesome views and buildings but that was it.

Ewan and Maria didn’t leave themselves an awful lot of time between finding a photographer and their wedding but it was a really great wedding. Ewan’s parents own the Mallard Hotel and it’s a really lovely hotel with pretty spectacular food. They went for a carvery/roast and when the carver asked me what I wanted and I said “everything” he literally gave me everything, a whole mountain of food.

Both Ewan and Maria were pretty camera shy but when I asked them to pose they did exactly what I asked them and later on in the day when we did the “lifting of the kilts” shots they really lit up in front of the camera. Ewan also hired an old MG car which was absolutely perfect for photos. The older or more obscure the wedding car, the better I say.

It was a really good sized wedding and the hotel was pretty full but the whole day had a great atmosphere and it was a really easy wedding for me to photograph. I was booked from before the ceremony up until the first dance, although I stayed a few dances as always, and on the way out they insisted a take a doggy bag of the evening buffet.

I honestly have to say, and I have no business relationship with the Mallard Hotel or the couple other than taking their photos, the food was fantastic at the hotel and I can’t recommend going there enough. To quote my wife who was a fine dining chef for many years and a three times published cookbook author, food writer and food blogger, the food was “really fucking excellent”. Can’t say better than that and with that the whole day was “really fucking excellent”.

Can’t wait for my next wedding in the lovely town of Gulland and the Mallard Hotel.