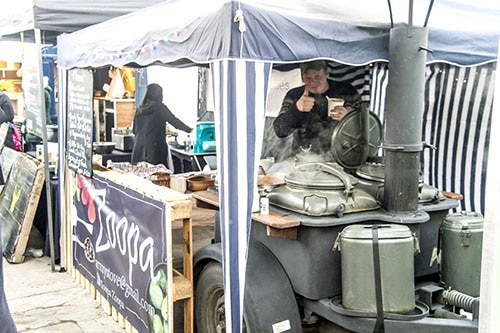 The Pitt Street Food Market. I absolutely love food markets and especially street food markets. Naturally throughout my life I’ve been to all kinds of local and farmers markets but it was when I travelled to first of all Chinese in 2007 and then especially in Taipei in 2009 that I really saw what street food is.

A lot of British people have this impression that street food is grotty unhygienic food prepared in an even more unhygienic market stall and while you won’t get Michelin star levels of style and refinement what you do get, especially in the night markets of Taipei, Thailand etc are absolutely delicious and very cheap food.

I remember when I was in Taipei the first time you could go to one of the night market restaurants or stalls at almost anytime of the day you wanted and you could order a big bowl of mince and rice, some dumplings, a drink and something else like noodles and the total cost was £5 or less. Awesome! One of my very favourite food memories was from Xi’an where we went to this street/restaurant barbecue place where they would cook, in the case of this restaurant, lamb on the street outside then a waitress would walk around the restaurant with skewers of freshly cooked lamb. We must have eaten 30 or so skewers, had around 3-4 beers, had a great big naan bread type thing and a lamb soup and the whole thing came up to £8.

So Pitt Street Food Market. The prices definitely don’t match those from China and Taiwan, and you would never expect them to do so, and while I thought the food was a bit expensive for the what you got everything tasted generally really good. Highlights for myself were the pizza from the Big Blu Pizza Van, a burger from Jones and Son and a serving of curry from the Babu Kitchen.

The Babu Kitchen food was basically just a really tasty but quite spicy (how I like it) curry. This was £6 and I would eat again. The Big Blu Van is basically this old fashioned Citroen H van that has been converted into a mobile pizza oven. Liv ordered a pizza which arrived much quicker than the next thing I ordered so I only got a couple slices of not very warm pizza but what I tasted was delicious. They’re based in Dunbar and I believe they pitch up along the shoreline sometimes (checkout their website for more information) but their food is brilliant.

I mentioned I had to wait some time for some other food and that was for a burger from Jones & Sons Bespoke BBQs. When we arrived they had just sold out of burgers but half an hour later and new stock on site they were cooking again. They only cooked a couple patties at a time but I ordered a double cheeseburger which was thoroughly delicious. Apparently they use 30% fat in their burger patties and this makes a huge difference in the flavour (for the better if you’re curious). The burger was around £7.

There were loads of other stalls and everyone was really friendly and the whole place looked cool. I’d definitely like to go back and retake some of the photos. They’re pretty crappy quality but I had a rampaging four year old daughter in tow so standing still to do anything for more than half a second is nigh on impossible.

I believe this was the second Pitt Street Food Market but it looks like they will be hosting monthly events so we’ll definitely go back for more. 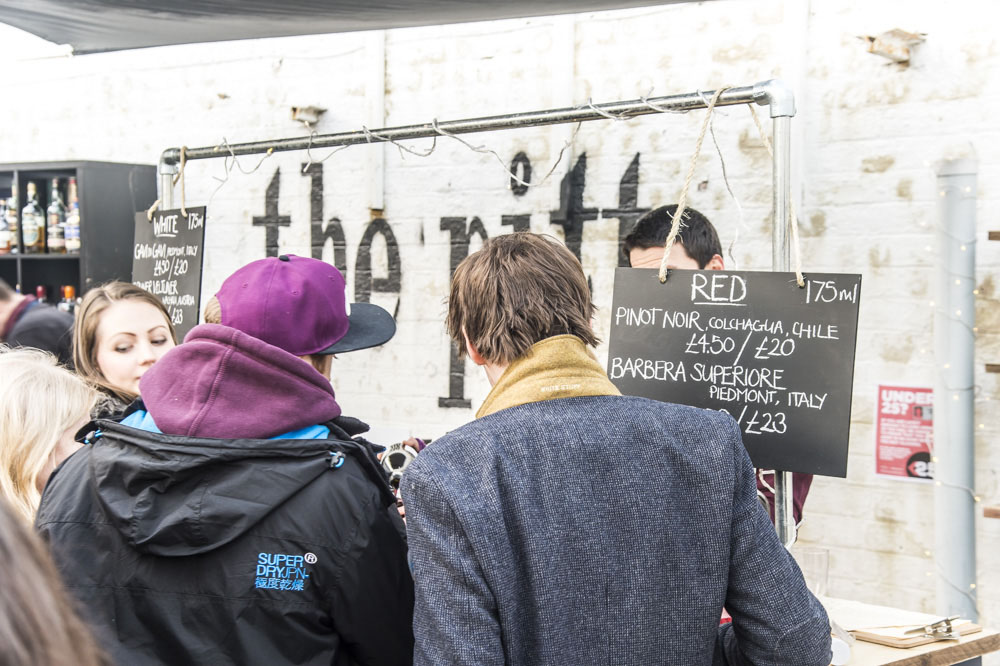 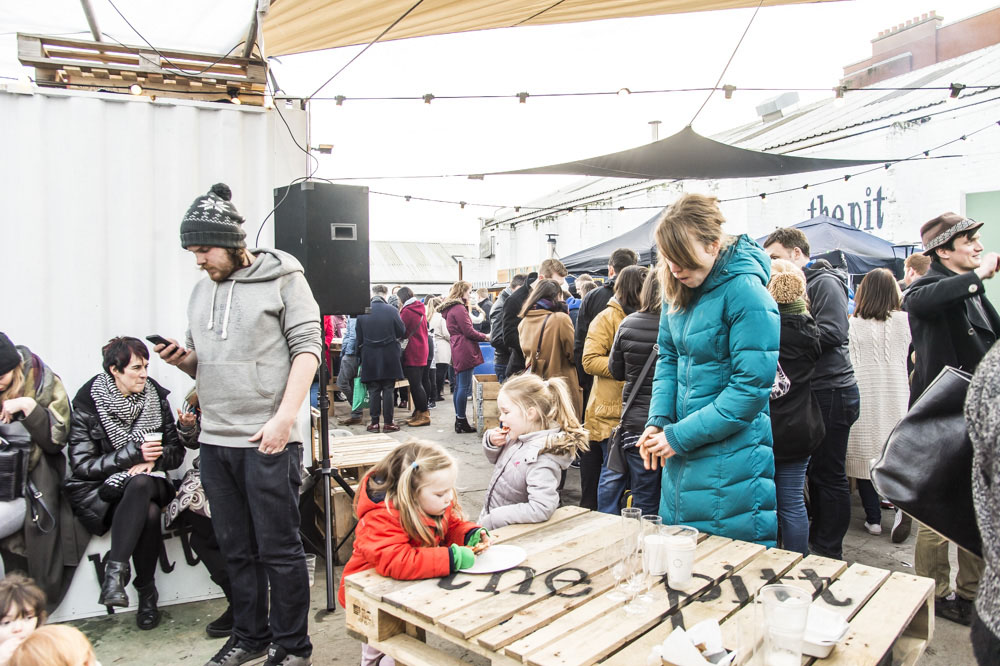 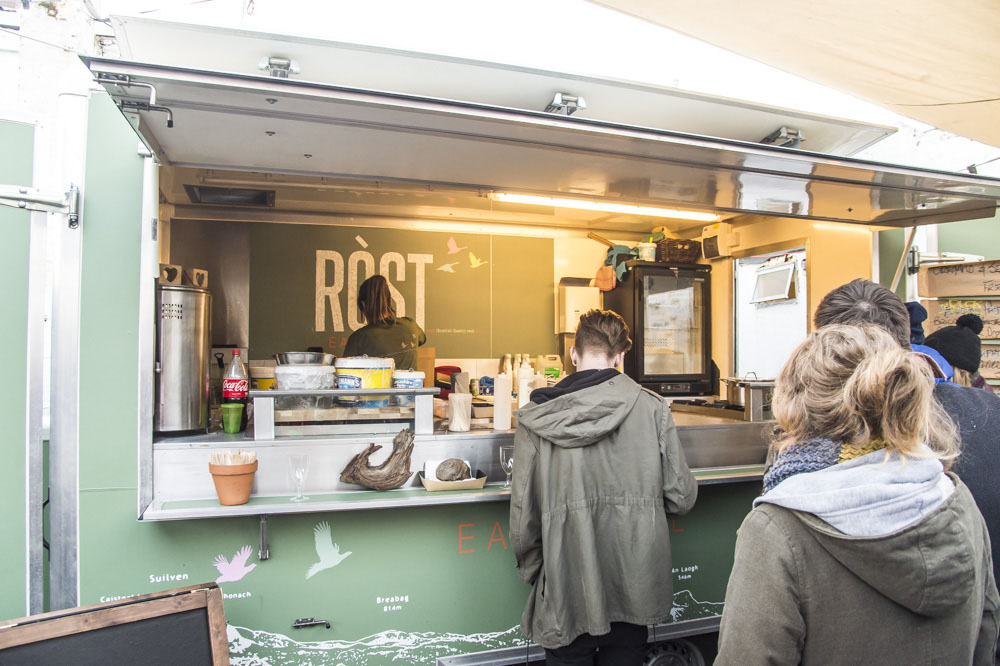 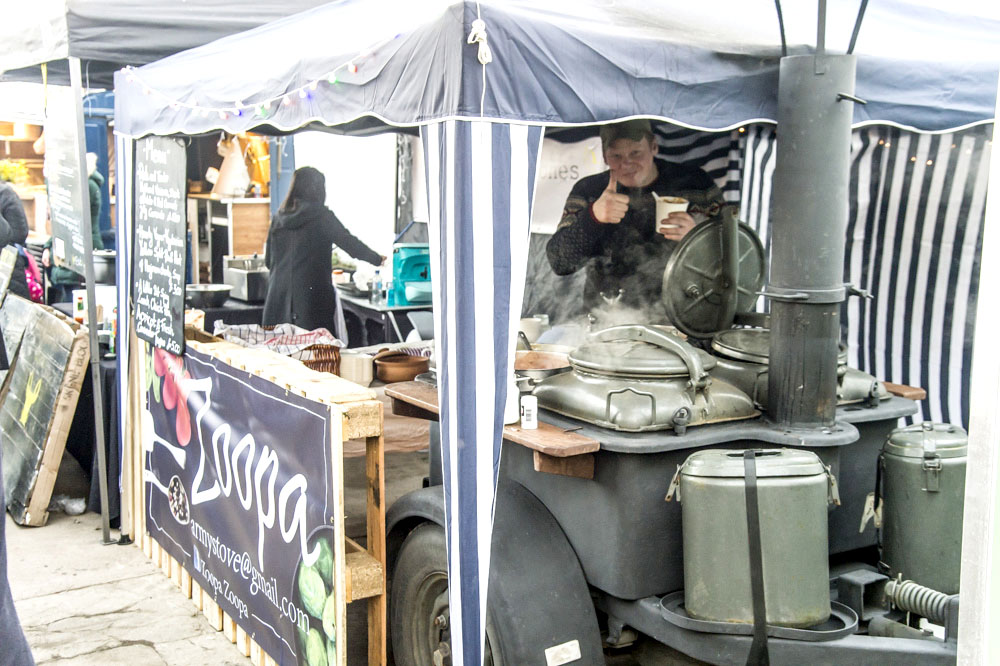 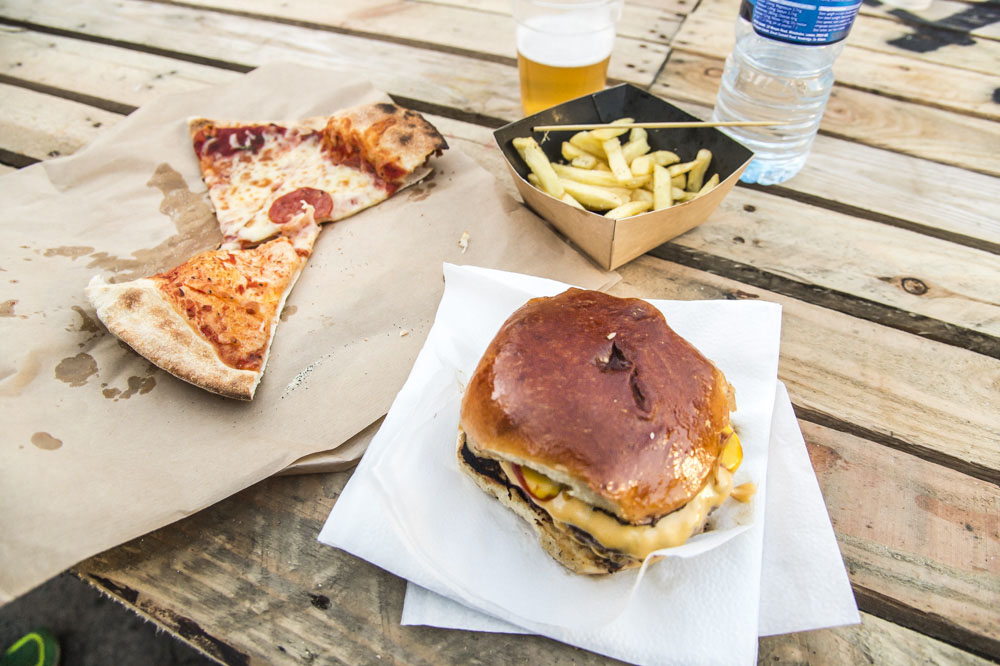 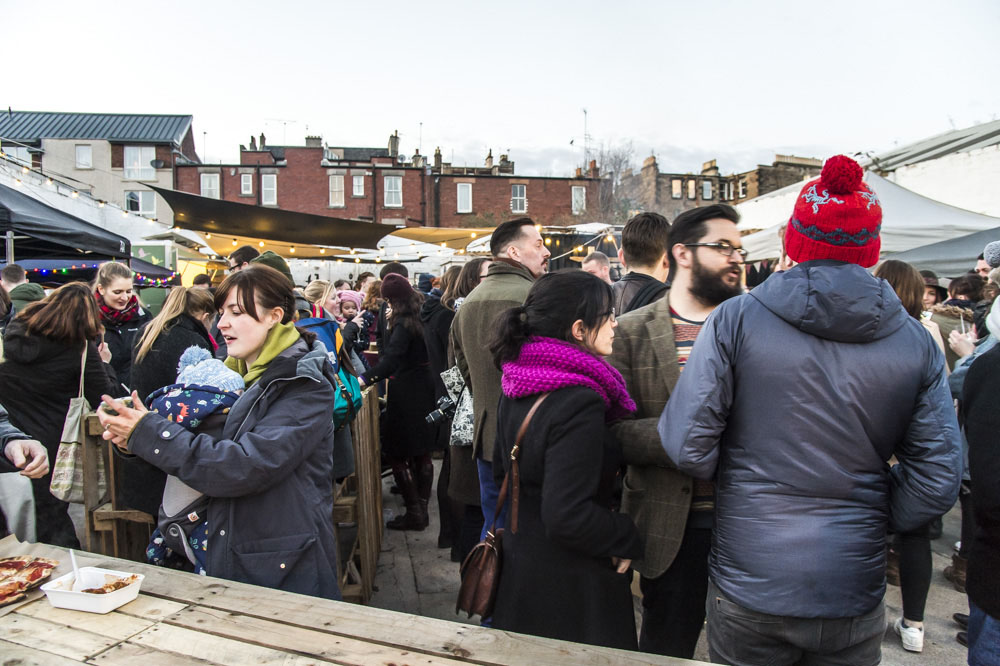 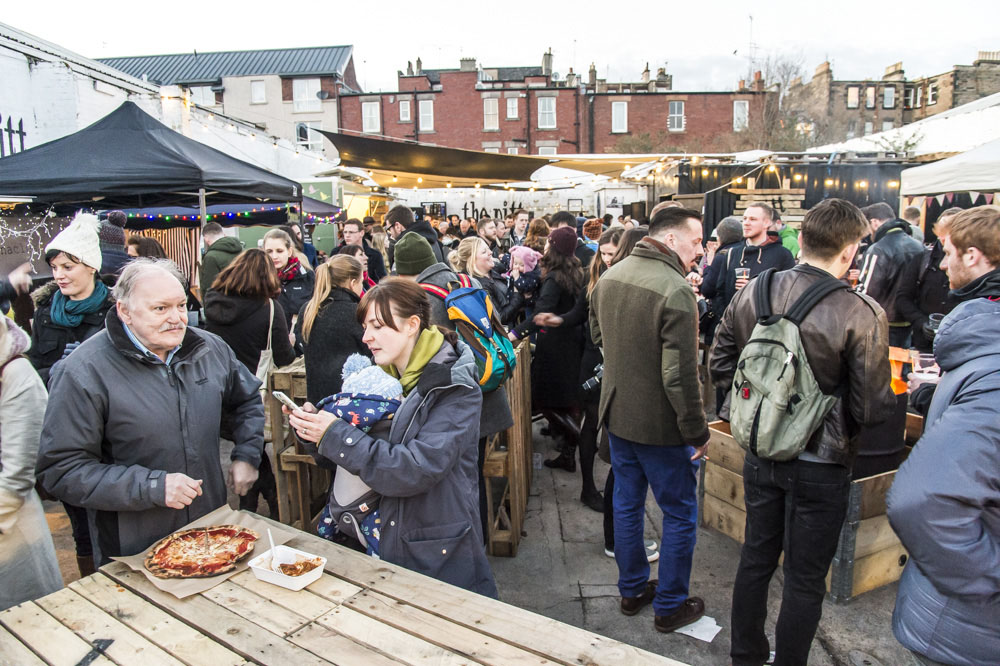 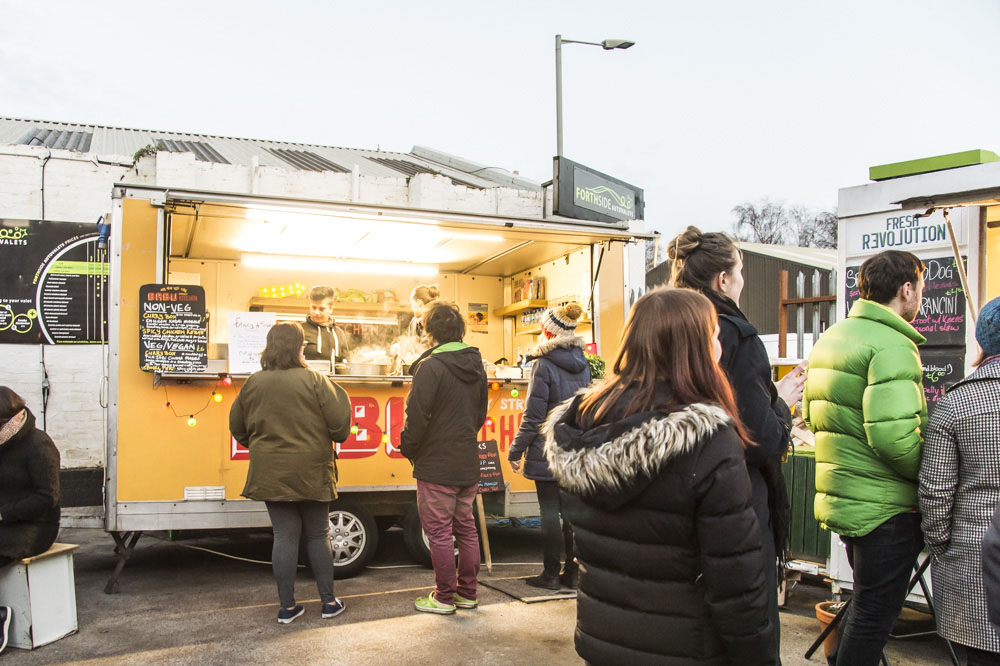 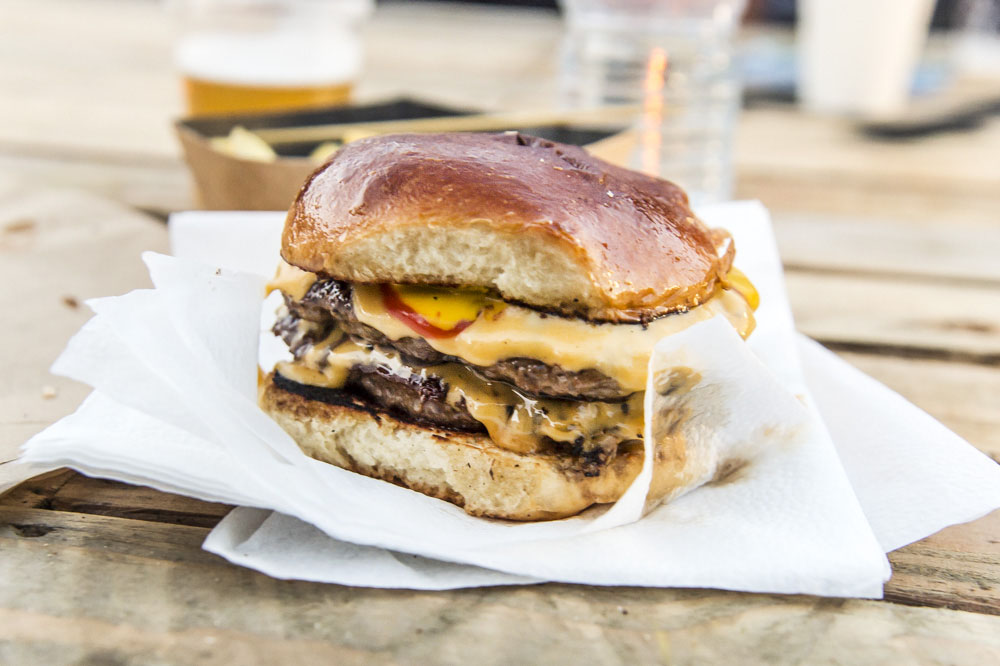 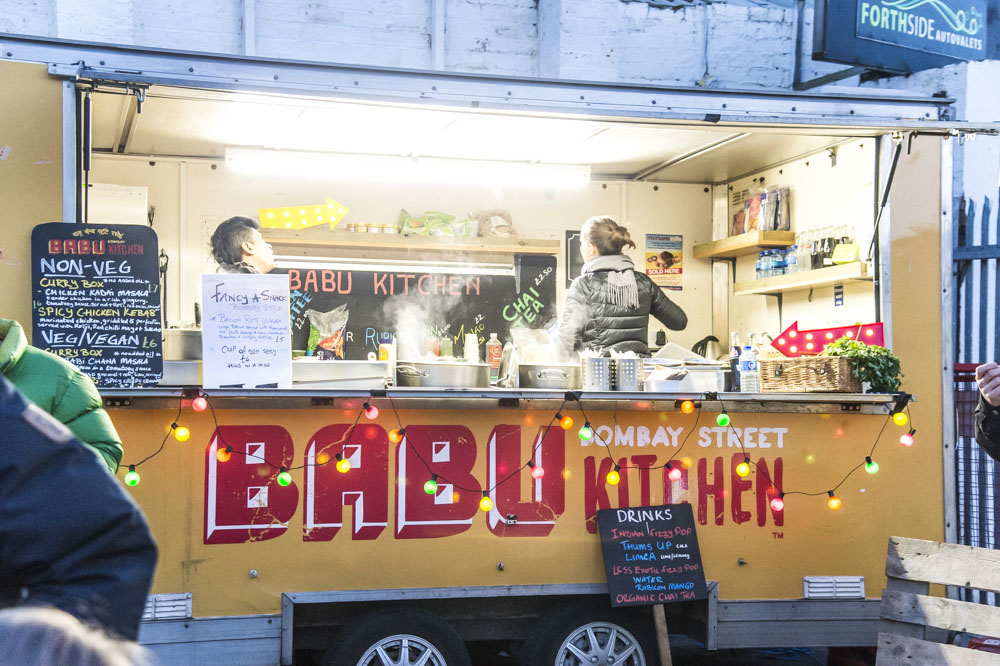 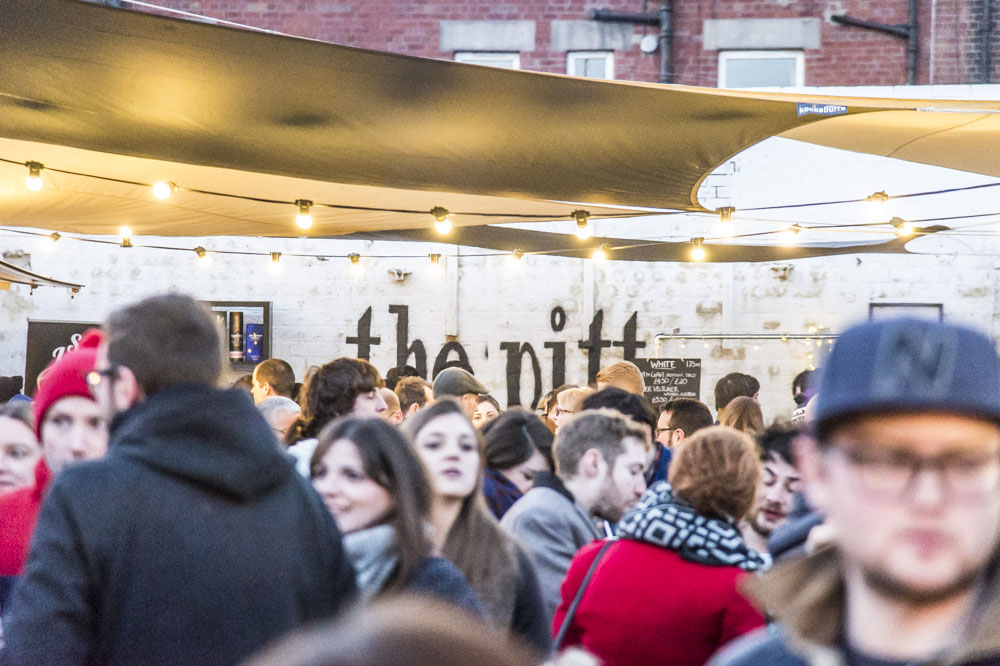 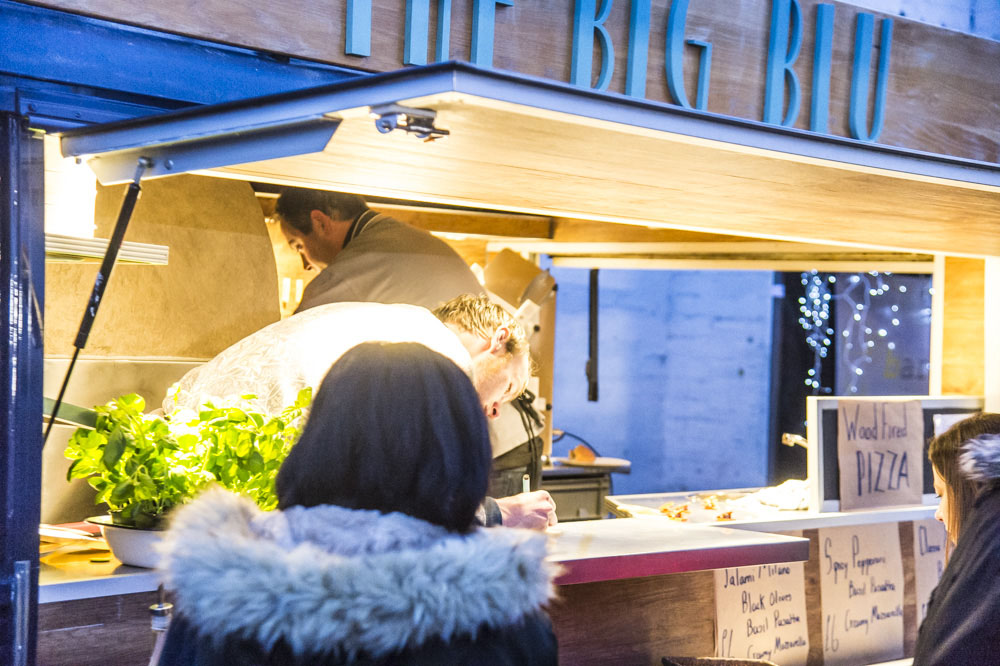 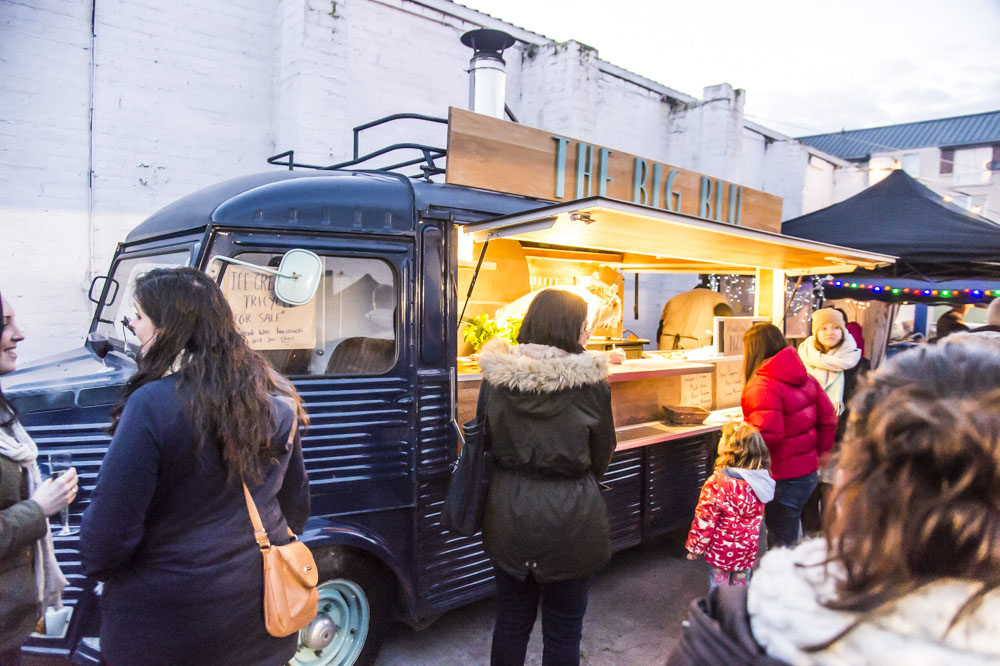 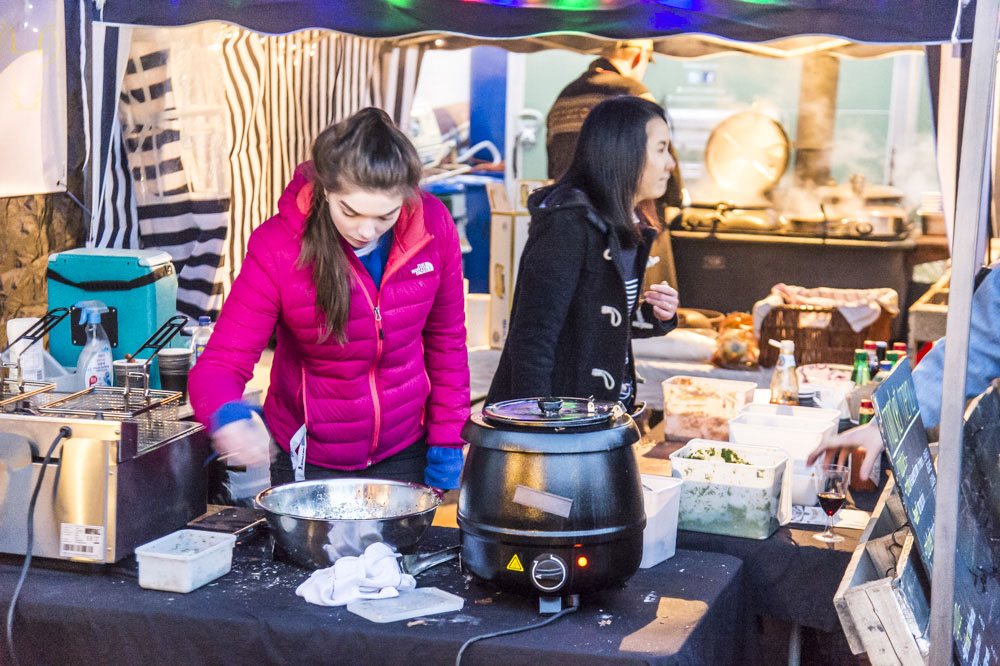 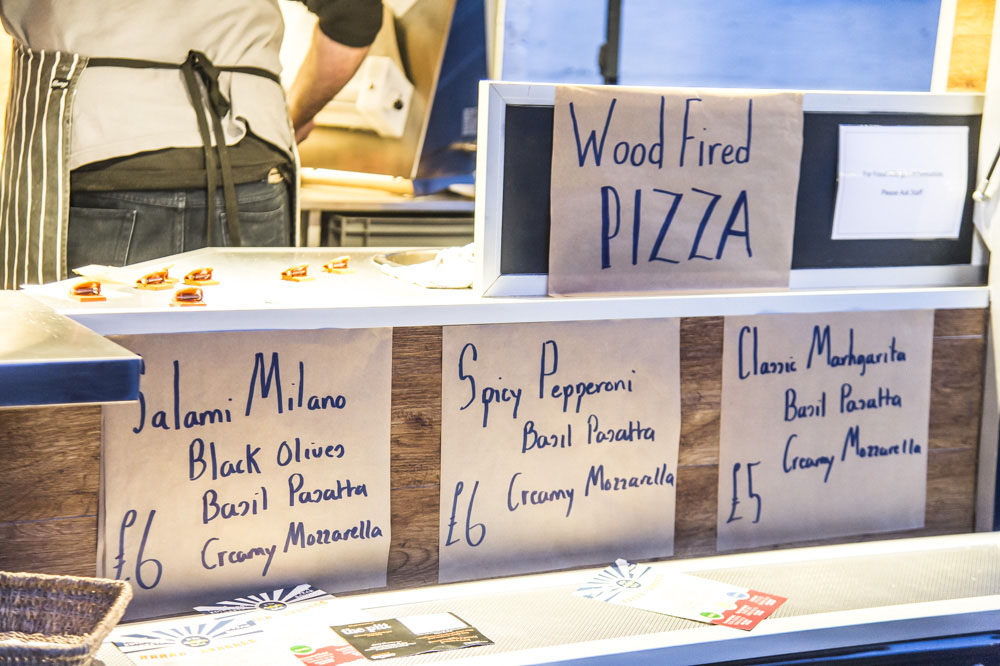 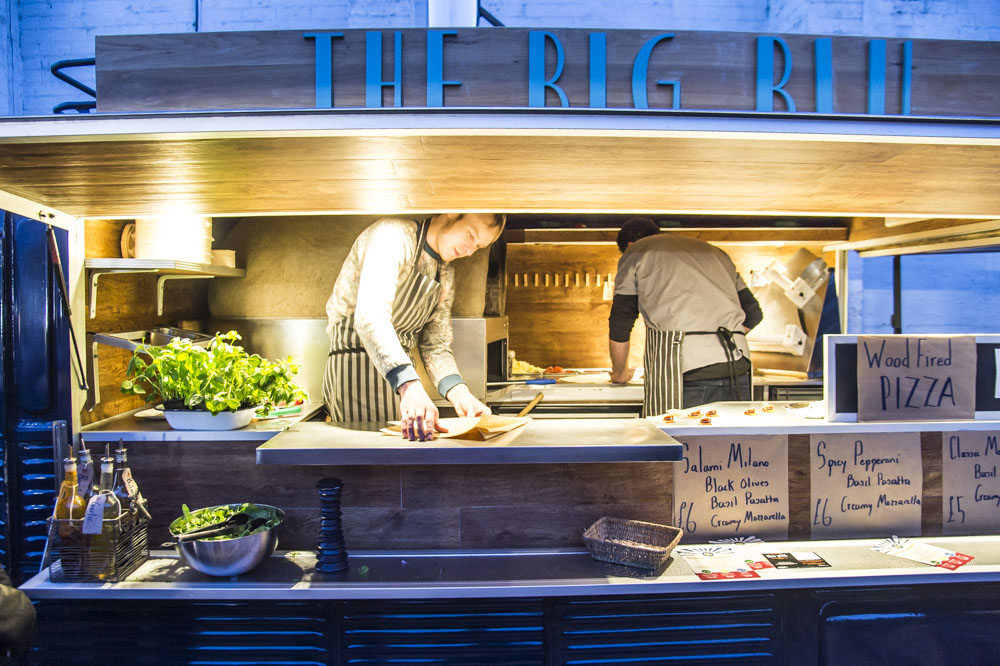 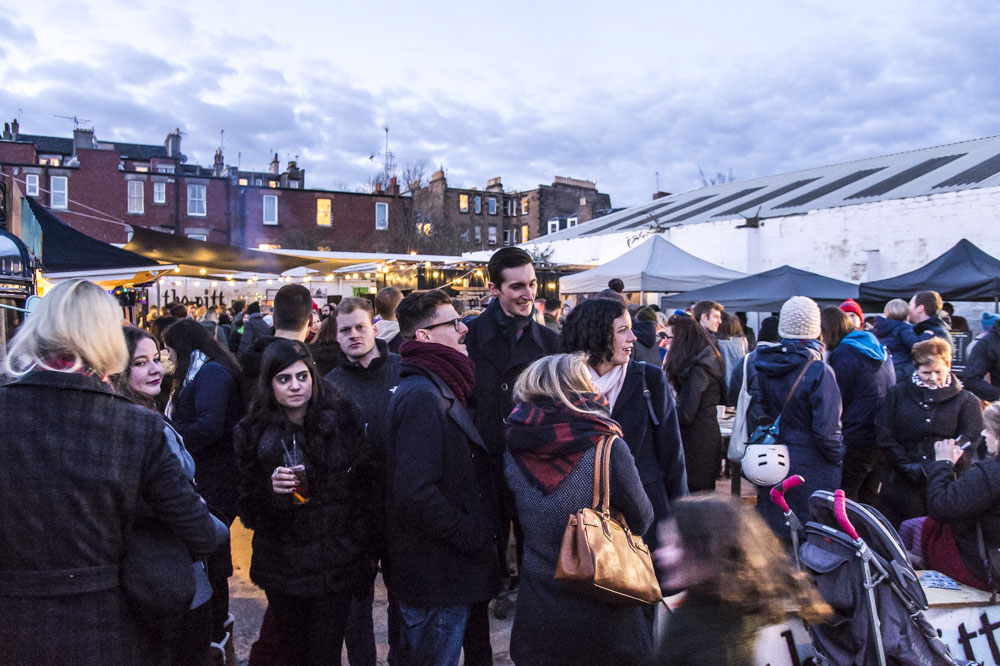 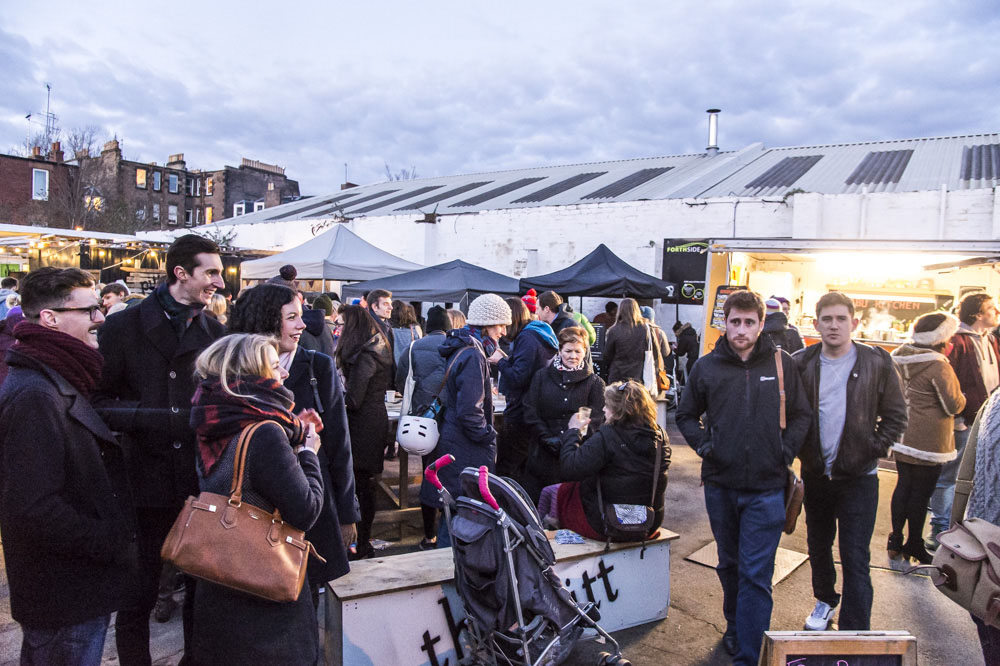