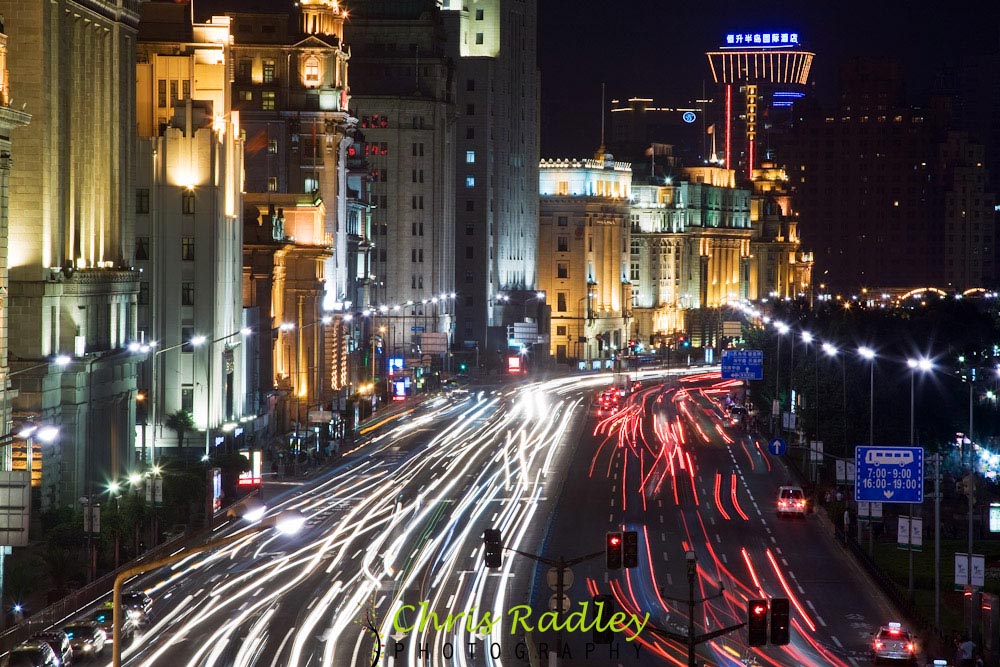 In total I spent about 10 days in Shanghai throughout my month in China. Shanghai and Xian were easily my two favourite cities. Both have a very different feel to them and both have their own highlights but I absolutely loved the modernism and food in Shanghai.

Shanghai is incredible because it mixes hundreds of years old architecture with modern business areas like Pu Dong with it’s huge towers, billboards and the like. Shanghai has also had a large European and Russian influence over the years. Different countries have occupied Shanghai but you can see Russian architecture, french windows, european gardens and much much more. It’s a really beautiful, fun, vibrant city.

But rather than listen to me ramble, here are some of my favourite highlights from Shanghai. 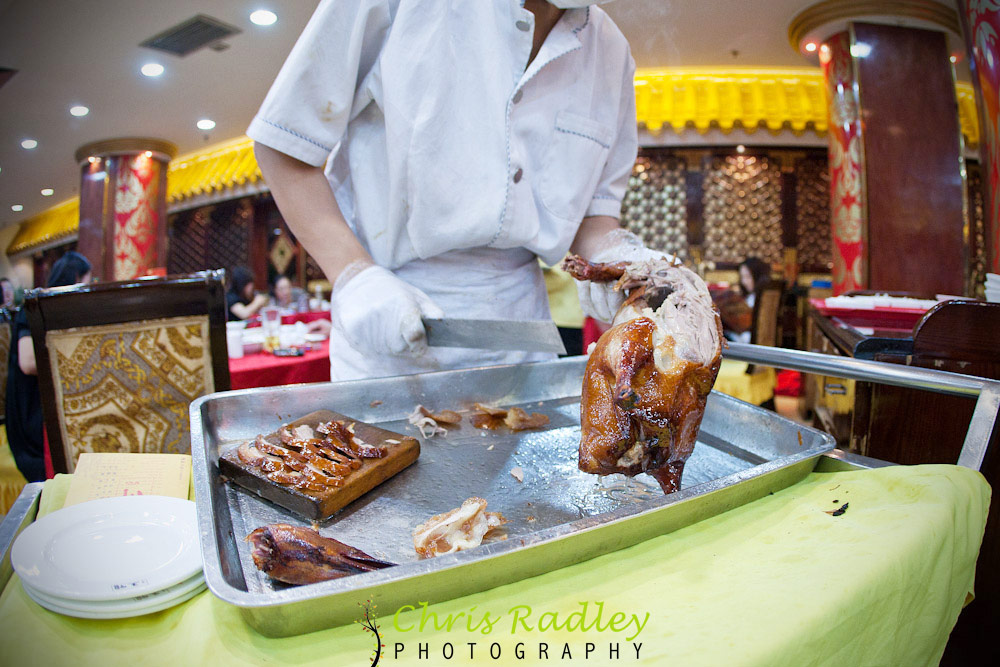 The day I arrived in China we went straight to Duck King for food. I’ve always loved roast duck with pancakes and hoisin sauce but the duck at duck king made me realise how utterly crap duck with pancakes is in the UK. In China they pump air between the meat and skin and then cook the ducks in a vertical oven. Pumping air between the skin and meat makes the skin crispy but keeps the moisture in the meat. I really don’t know why restaurants here don’t do this but both times we had duck king it simply blew my mind away. 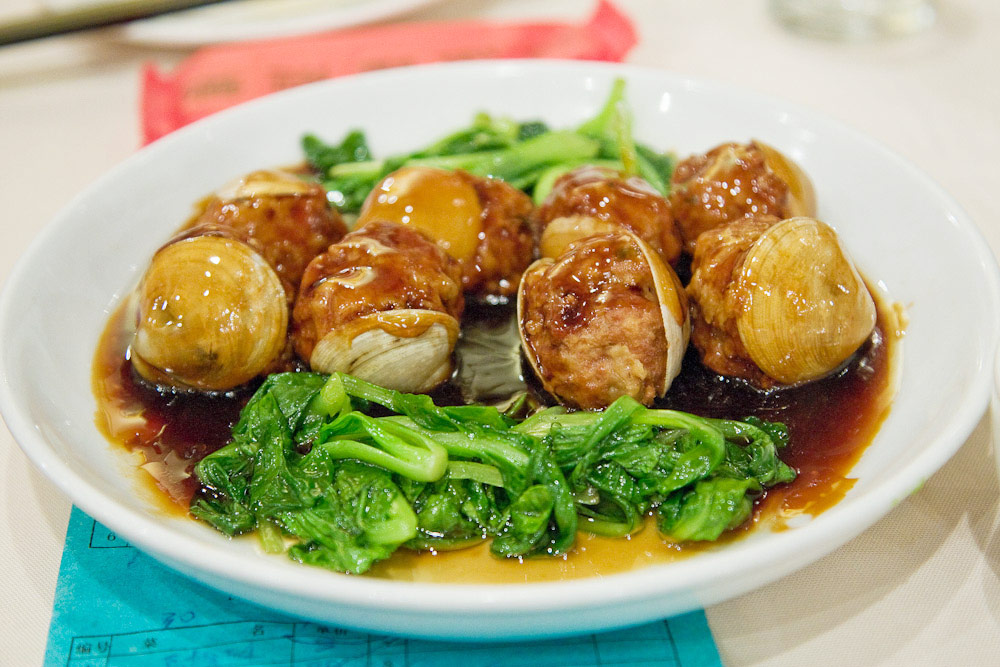 Shanghai meatballs. I know this looks like snails but it wasn’t. Instead it was a really succulent pork. One of my favourites. 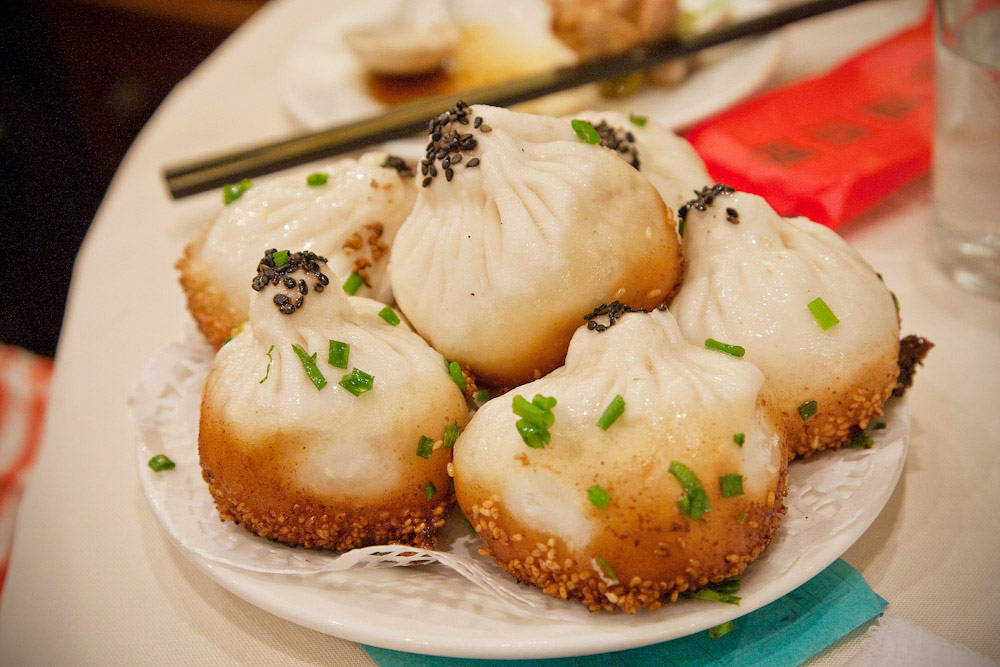 We ate at two different restaurants in Shanghai that sold dumplings. I’ll be perfectly honest and say the absolute best dumplings we had in Shanghai were the cheap ones from the market near Liv’s home at that time but of the two restaurants we went to these were the tastiest. We ate at one restaurant close to Yu Garden where apparently Bill Clinton had ate in the past but those dumplings were too rich. These were just perfect. Warm, soft, beautiful texture and really gorgeous filling. 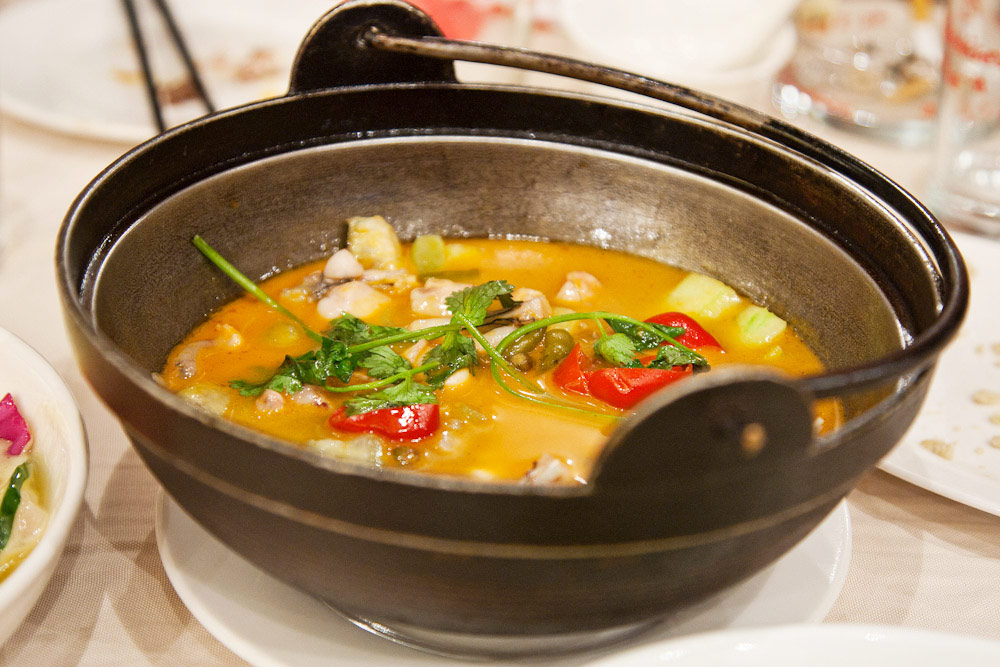 Shanghai soup. I forget what was in this but in this restaurant I did have frogs (this may be it) but regardless of frog or not it was tasty. 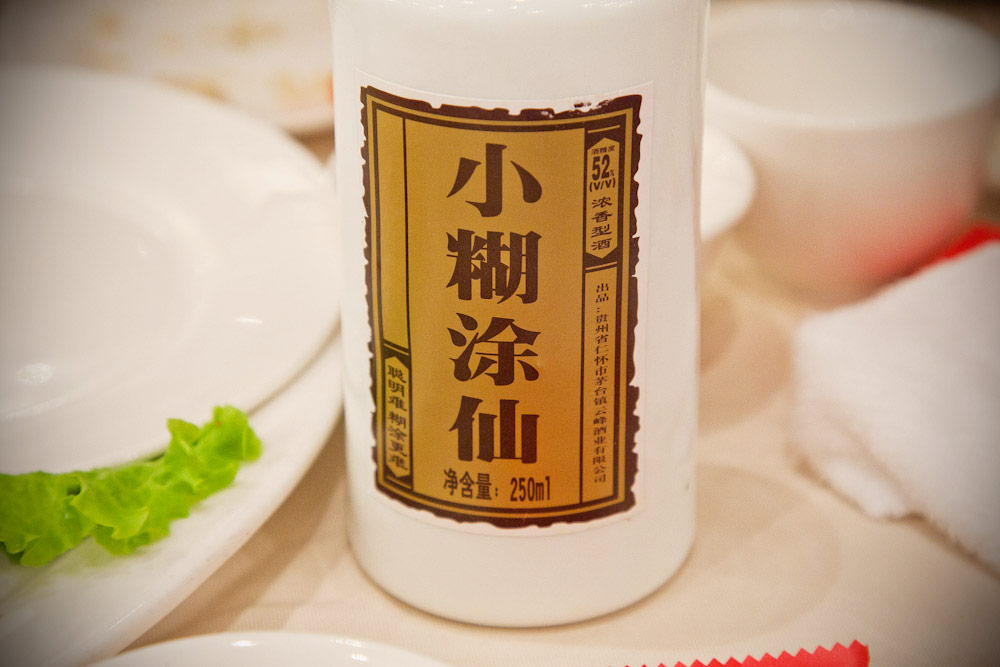 Chinese Rice Wine. A lot of people in China drink rice wine like we drink vodka or whisky but rice wine is really strong 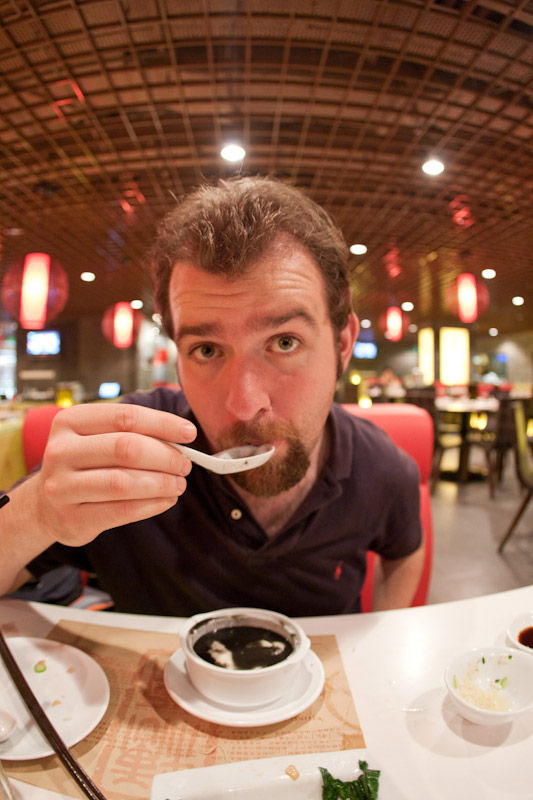 One of my favourite restaurants in China. This restaurant in Shanghai is called Sweet Dynasty and they sell really amazing dim sum. Here I’m eating a sesame and soy desert. Very different but really tasty 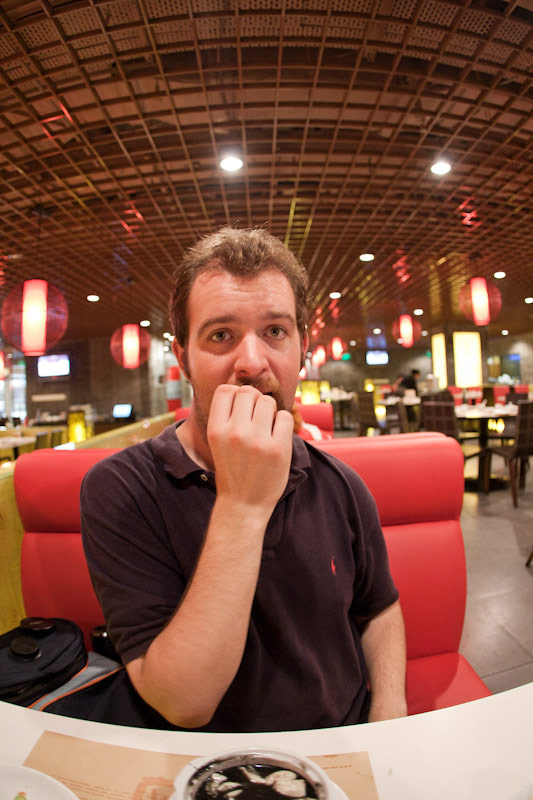 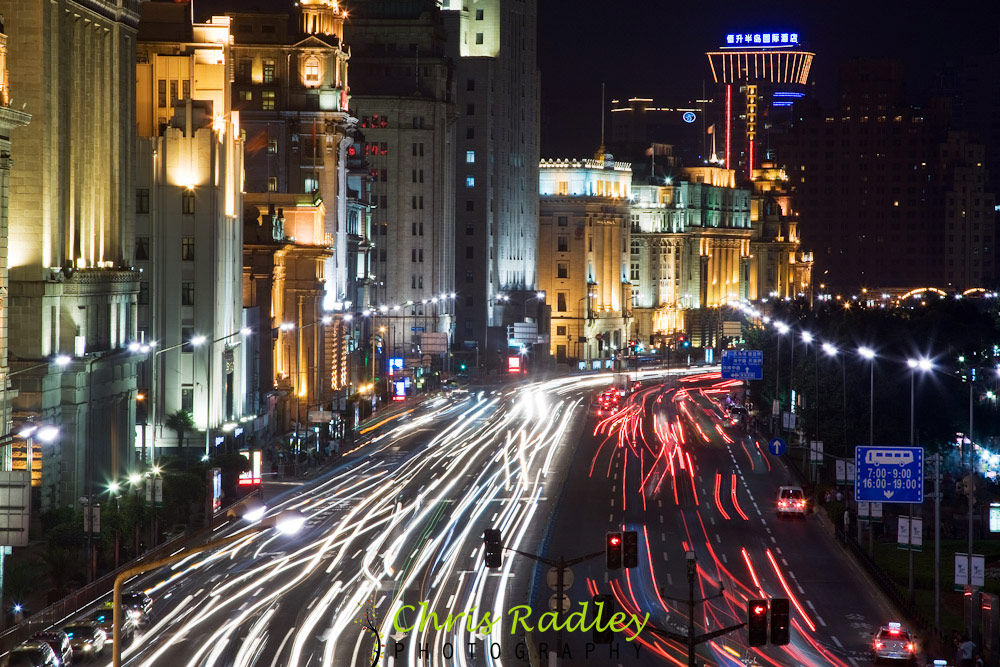 View of The Bund from The Bund. This is the money part of Shanghai. The whole of this street is full of designer clothing stores, fine dining restaurants, expensive bars. We came here twice. The first time we came with Liv’s parents as they knew about this place but the second time we came back I took a panorama of Pu Dong and proposed to Liv. 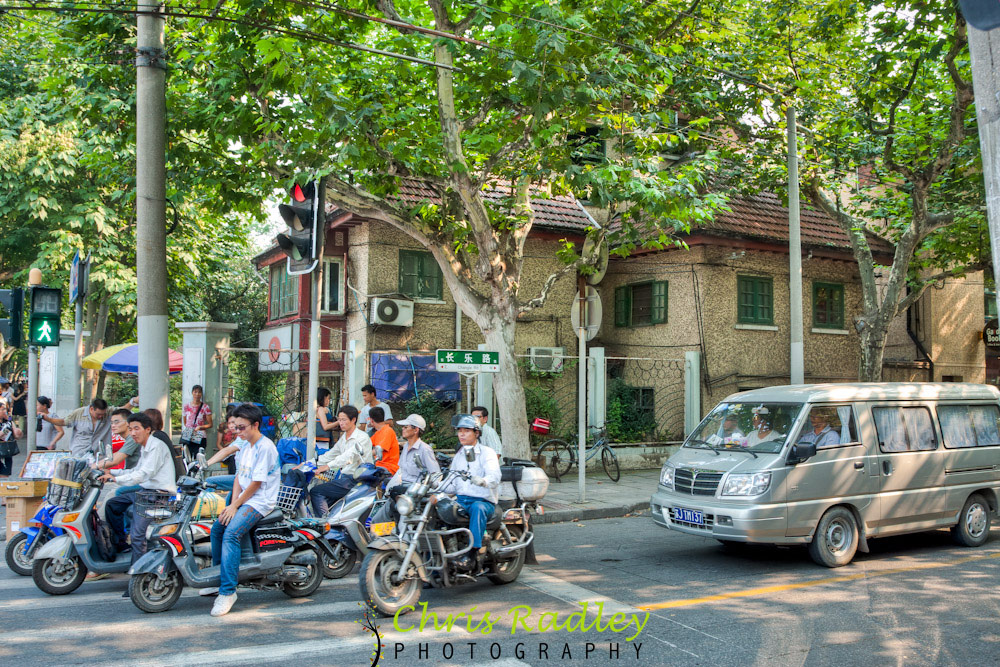 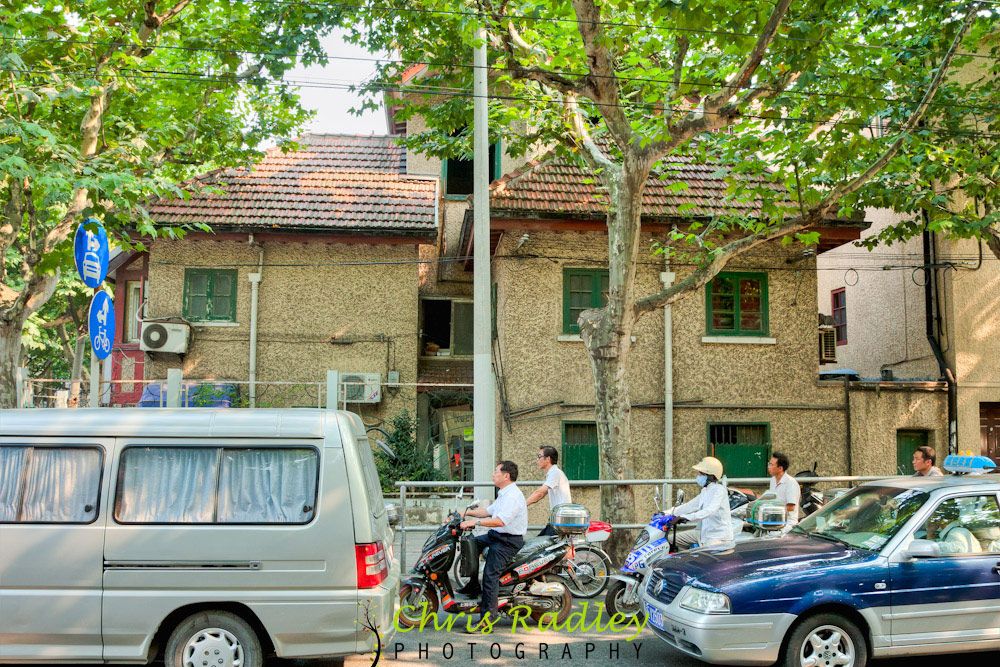 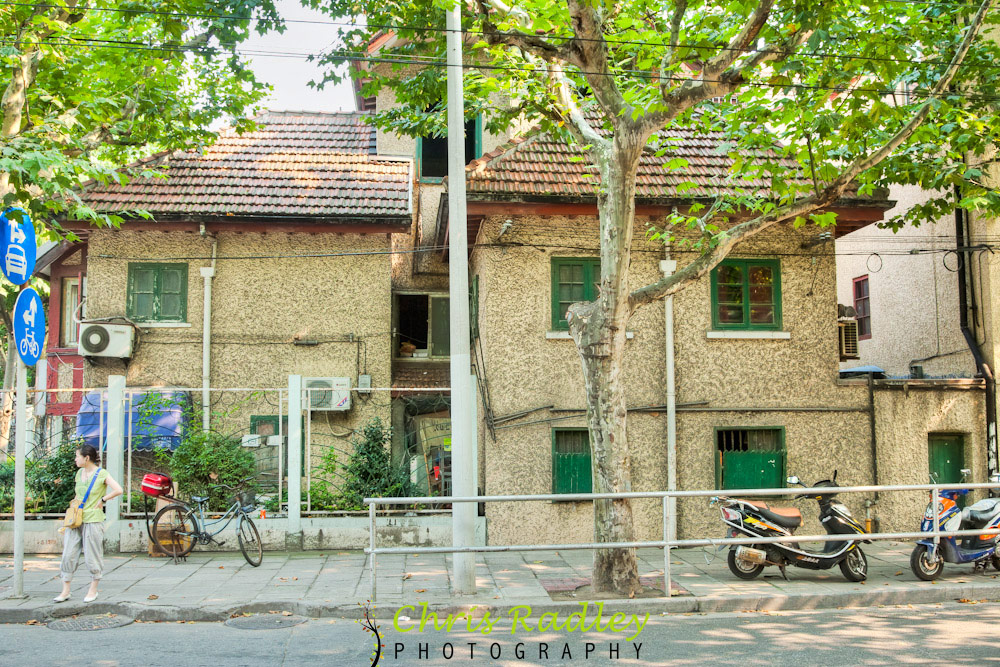 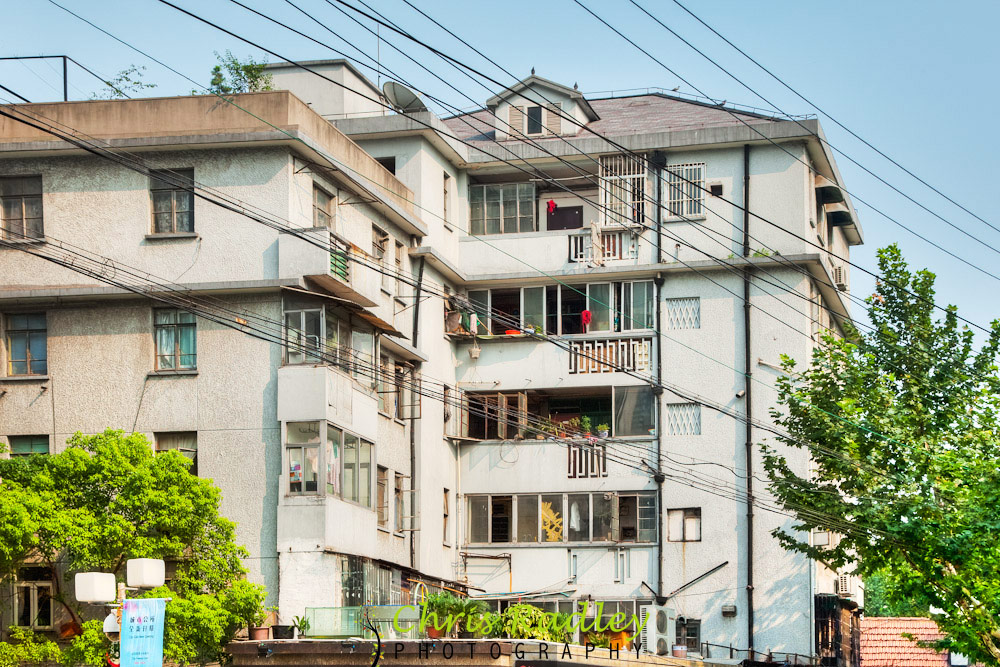 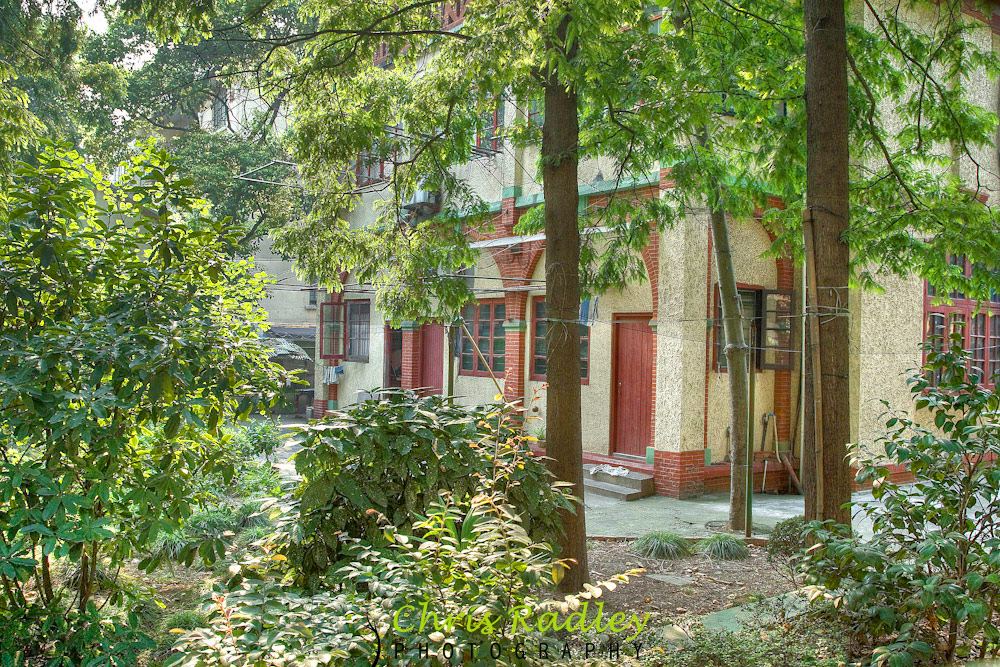 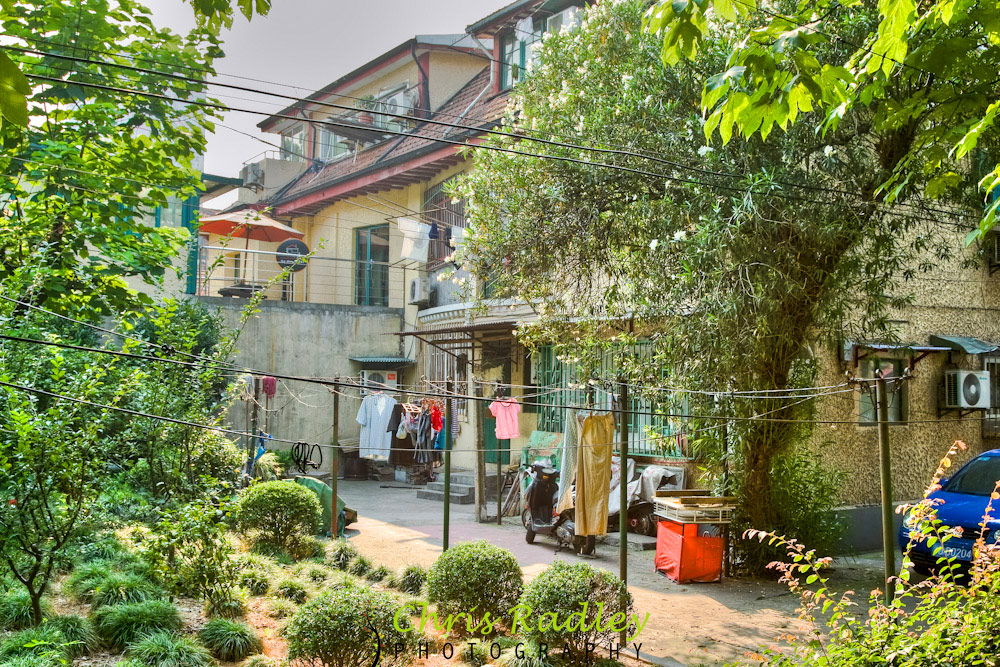 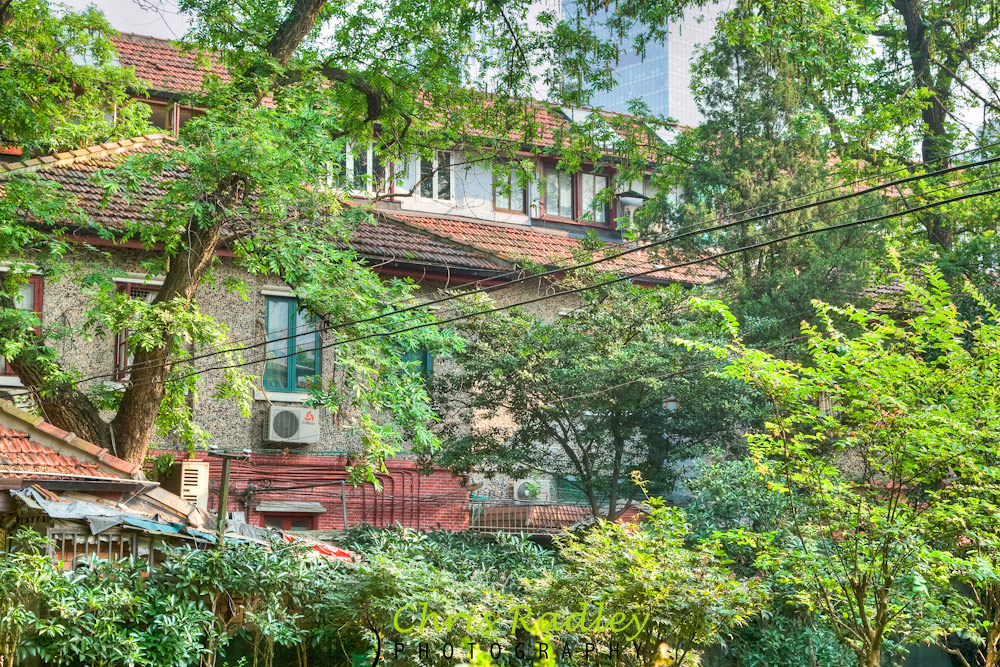 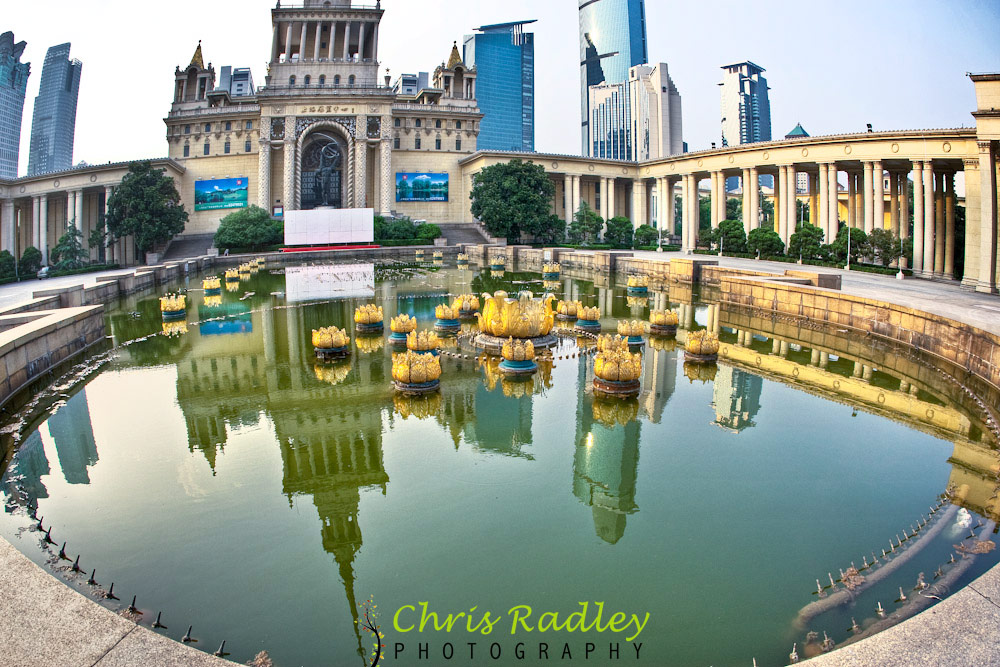 Above is the Shanghai Exhibition Centre. I believe this building was designed by Russian architects and it really does stand out. The architecture is really beautiful and when we went there it was dead. Apart from security on the gate we were the only two people wandering around. Definitely worth checking out if you go to Shanghai. 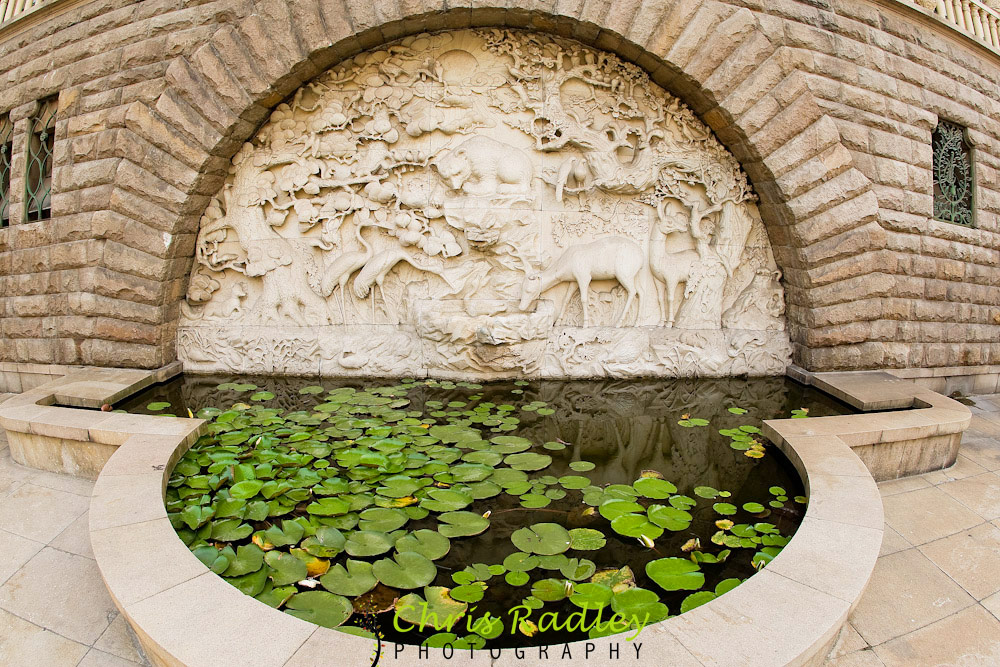 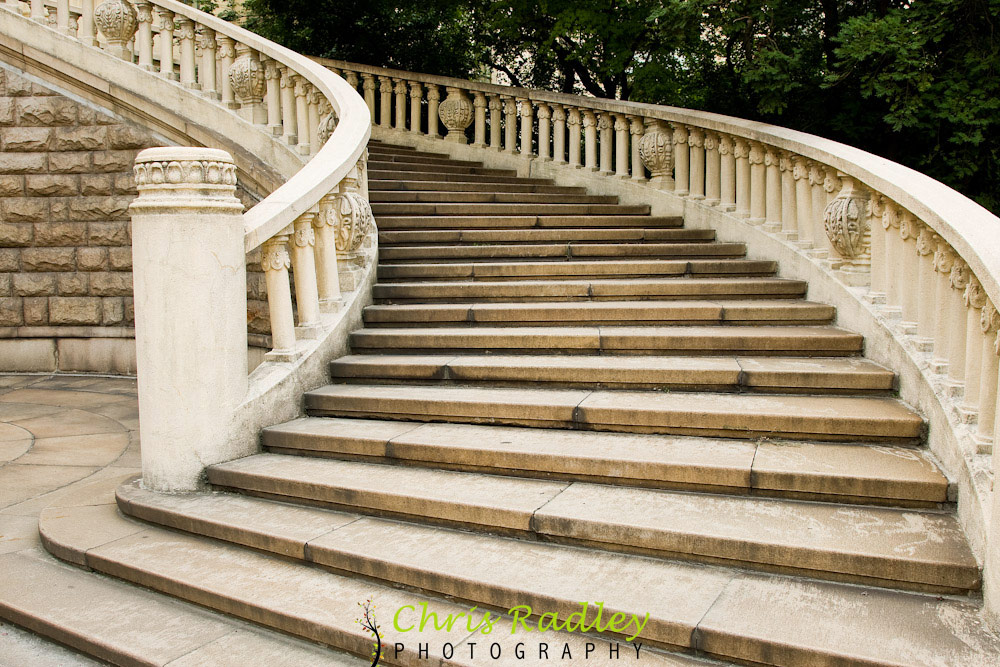 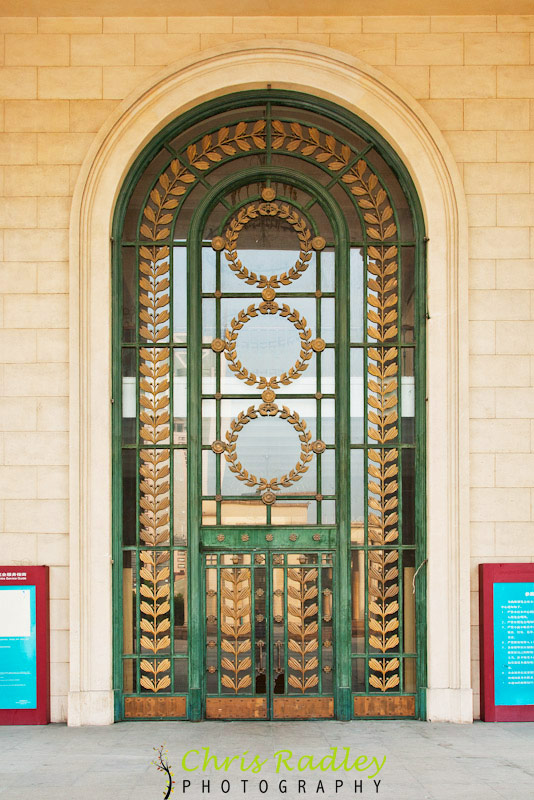 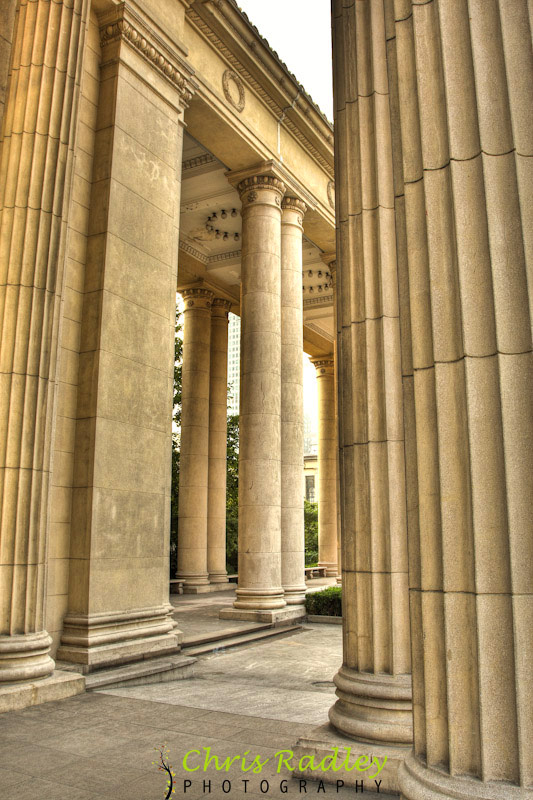 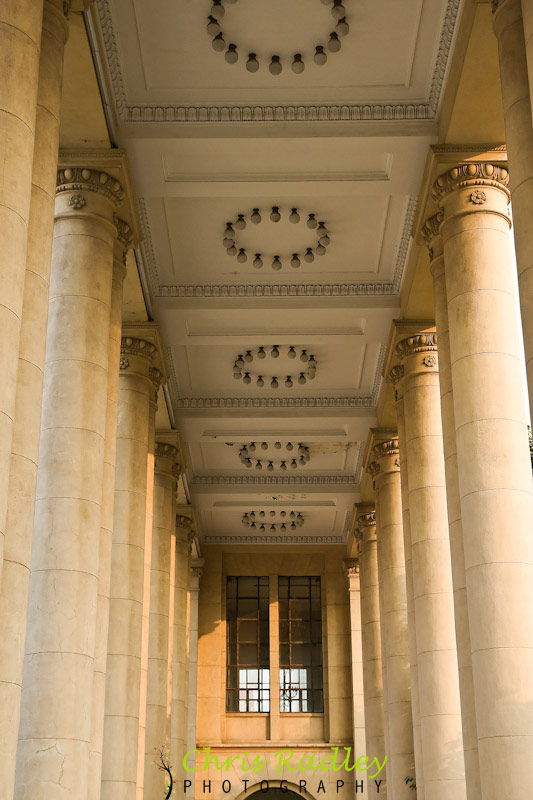