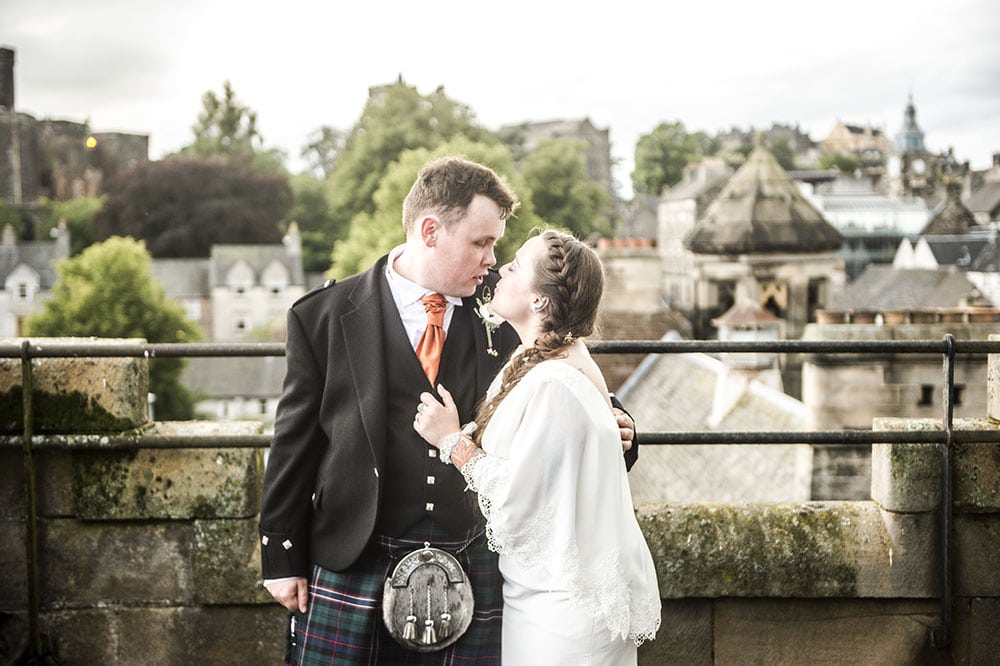 Stirling Highland Hotel Wedding. Normally I’m really quiet with weddings during August due to a multitude of reasons. The first and main one for many photographers is the Fringe takes place which means Edinburgh for three weeks is absolutely packed out with hundreds of thousands of tourists. Many of the popular venues I visit throughout the year have half or even less bookings than they would do during the other summer months but this year I had several wedding bookings in August and one of those was a really great wedding at the Stirling Highland Hotel.

Part of the reason this wedding was so great is I got to work with Arja, the bride, again. When I say work again, when I moved to Edinburgh in 2008, the recession kicked in which literally killed any work I was getting so I got a job in a call centre and Arja was my trainer (and incidentally one of the loveliest people ever).

Arja and Graham have been together for two years and their relationship is really interesting because he’s away for many months of the year with his job which I believe is an engineer with the merchant navy. It sounds like he’s away for at least four months at a time but this time he was at home for a few weeks so following their wedding they went to Hawaii for several weeks followed by a trip to York and no doubt many trips in between.

Their honeymoon looked awesome, something I would really really like to do, especially as they were able to take a submarine trip to the bottom of the ocean to check out the boats sunk during pearl harbour. What an awesome experience.

The day of the wedding itself I went to their home to the south of Glasgow for preparation shots then had a mad drive from there to Stirling. As sod’s law would dictate on the day of their wedding new roadworks were being setup on the M8 and M9 so there was a real fear that both myself (driving alone) and Arja would be late to the venue but it was actually a really easy smooth drive. Sadly we had a spell of really awful weather during the day which made doing a lot of the planned couple’s and group shots difficult but in the end it really didn’t matter. We did about half the group shots inside and the others out and in the evening the weather cleared and we were able to go up to the observatory at the top of the hotel which had the most fabulous 360-degree views of Stirling.

A real positive to me though is neither Arja or Graham were obsessed with group shots. Group shots are definitely a very important part of weddings but they can take up an awfully large part of the day. Both Arja and Graham were happy just to have a couple group shots but mainly have the photos focusing on themselves, which was really great to hear.

The original plan for the couple’s shots was to jump in the wedding car and go up to the castle and capture views of the city from there but the views from the hotel were infinitely better.

So here are some of my favourite photos from the day. I’ve included quite a lot as I both really loved their wedding and it was a new wedding venue for me as well. Hope you like!