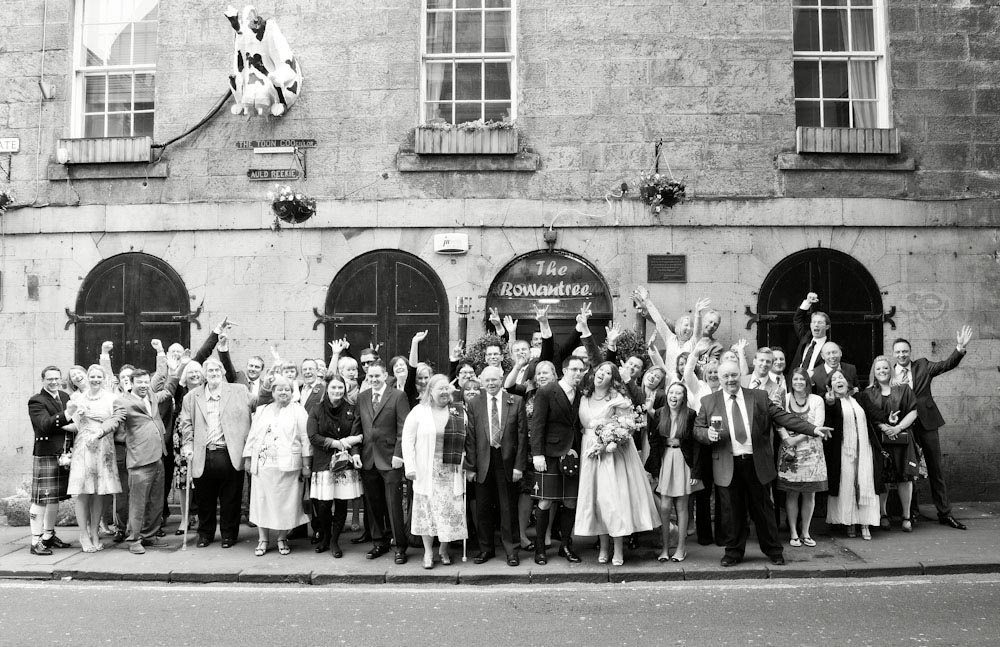 At the beginning of May I returned to The Caves to photograph my second wedding at this really unique venue. I love the look of The Caves, there’s no other venue quite like it, but it’s still an absolute nightmare to photograph in.

It’s almost pitch black inside and what little light there is it’s flourescent, which is horrible on camera sensors, but regardless I love the ambience of the venue and both weddings I have photographed there have been an absolute pleasure.

This wedding was for Jemma and Ben who I hadn’t met before but on the day were absolutely lovely to deal with. We had talked beforehand about different possible locations for taking photos after the ceremony, with one of them being the Meadows but we agreed it would be best to stay fairly close to the venue. The Meadows are great for lounging around and we sometimes walk around there if we go to Marchmont (usually we will pop to Eddie’s fishmonger (best fishmonger in Edinburgh IMHO) then we’ll walk across the Meadows, grab a Starbucks, have a walk around the National Museum of Scotland, then head back to the car) but the Meadows is pretty awful for taking wedding photos.

I had originally planned to do the group shots to the side of The Caves but there was a wedding taking place at the same time at The Rowantree (same building and funnily enough both times I’ve shot weddings at this venue there have been two weddings) and from what I understood from the organiser of that wedding was running really late.

I could be wrong but I’m sure from the time Jemma and Ben’s ceremony finished and by the time we had finished in town, the other wedding was still waiting for it’s bride (!).

So here are some of my favourite captures from the day…