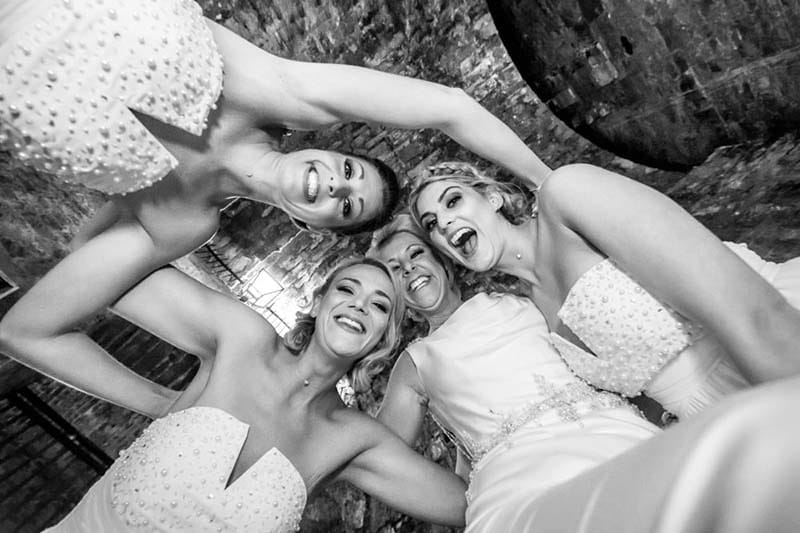 The Caves Edinburgh Wedding. Really long article today with lots of photos. Over the last few weeks I’ve been mega busy with lots of little unexpected shoots and even busier with my studied at university (again, not photography related!). I did a couple PR jobs which I’ll blog about soon, my car work is, as at the time of writing this, busier than ever and I’ve also recently shot a couple pre shoots, one of which I wrote about two weeks ago for Vicki and Andrew at Holyrood Park.

One wedding I’ve been super looking forward to for the last year is this wedding which took place at the fabulous “The Caves” wedding venue. The caves is one of three venues owned by Unusual Venues. The first is of course this venue, The Caves, and sitting literally a door away is the Rowantree in which I’ve photographed a few weddings. They also have Marlins Wynd but I’ve yet to go in there. The Caves is definitely my favourite venue to take photos in of pretty much any venue. Compared to the Rowantree next door the Caves is much bigger and much easier to move around and even both venues are just like caves inside (no outside lighting whatsoever) the Caves always seems to be easier to work in.

To give you an idea if you’re anything into camera technology and stats, if one were to shoot only with natural light at a decent exposure and decent aperture in the rowantree, you’d be looking at shooting (easily) 6400 ISO. In comparison, in the Caves you’d be shooting at 800-2000 most of the time. What does that mean? It’s a LOT easier to take photos in! But of course both venues are absolutely awesome.

Carol is from Ireland while Bryan is from Glasgow. Originally Carol’s brother, who himself was once a wedding photographer, contacted me to make initial enquiries and within a few minutes I had spoken to Carol and the wedding was booked. I remember getting the booking as Liv, myself and Amelia had travelled over to Glasgow and it was something like 28C there. I remember driving over there and seeing the temperature readings on my car jump up and I thought the car was overheating but it was an insane 28C. I was sat in See Woo restaurant (best Chinese restaurant in Scotland, no joke!) and he called me. How cool!

So the wedding itself, it was a really big wedding at 120 or so people (the Rowantree takes a lot less hence why it’s used more often (at least for the weddings I’ve shot)) and I didn’t really take any preparation shots per se, but I did capture some photos of the guys in Bannerman’s Bar over the road and then some photos of Carol with her bridesmaids in the flats they were staying in literally next door to the Caves. The bridesmaids were really awesome, super funny and just absolutely lovely to deal with (not all bridesmaids are, trust me!). Carol and Bryan didn’t want many photos taken of them posing so after the ceremony I spent around 10 minutes with them doing their photos, did a few group shots and then the rest of the day was spent capturing people enjoying themselves.

I really enjoyed being part of their wedding. Carol and Bryan were easy to work with, look great in their photos, everyone had a great time, the staff at the venue were awesome as always and I must talk about their meal. Instead of having a “regular” wedding meal they had a hog roast. I LOVE HOG ROASTS! Anything pork, I’ll eat, and they basically did a have what you want/help yourself hog roast, so I had a giant plate (and thanks to Carol, Bryan and the venue for feeding me) of pork, pork crackling, salad and all other bits. One of my favourite wedding meals ever.

The only downside to their wedding was the ridiculous heat in the venue. I’m not sure if the building is graded (and can’t be bothered to check) but with the venue literally being like a cave inside with no venues, there’s no ventilation either. At the start of weddings the venue is fine (Rowantree is hotter still as it’s smaller) but with a hundred or so people, no ventilation, no air conditioning, lights, etc, by the end the venue is like an oven. When I got home I literally had to peel my clothes off as one minute I was sweating like crazy, then I cooled down, then I sweated again. I was knackered!

So, The Caves, difficult lighting and hot as hell, but still the most awesome (wedding venue) bar none. I love it!

What else have I got going on? So I recently did some PR photos for a manufacturing company in Glasgow. I shot a load of hotels for 500px/Trivago, of which I’ll post in due course. The car work is super busy right now as dealers are changing their registration plates so lots of new stock coming in and uni is really busy.

I’m currently studying Web Design and Development at Napier University, we have three modules to do and in the next two weeks I’ve got two reports to produce, coursework to do, I’m learning SQL and Javascript, and I basically have a lot to do right now. I did a really fun pre shoot last weekend which I’ve just finished editing, I photographed a gay wedding at Dalhousie Castle (another awesome venue) and I’ve got back-to-back big weddings later this month. I also did an annual photo for a pipe band.

Liv and I have decided this Black Friday we’re booking a holiday to Thailand for Easter break next year. Busy times as always.