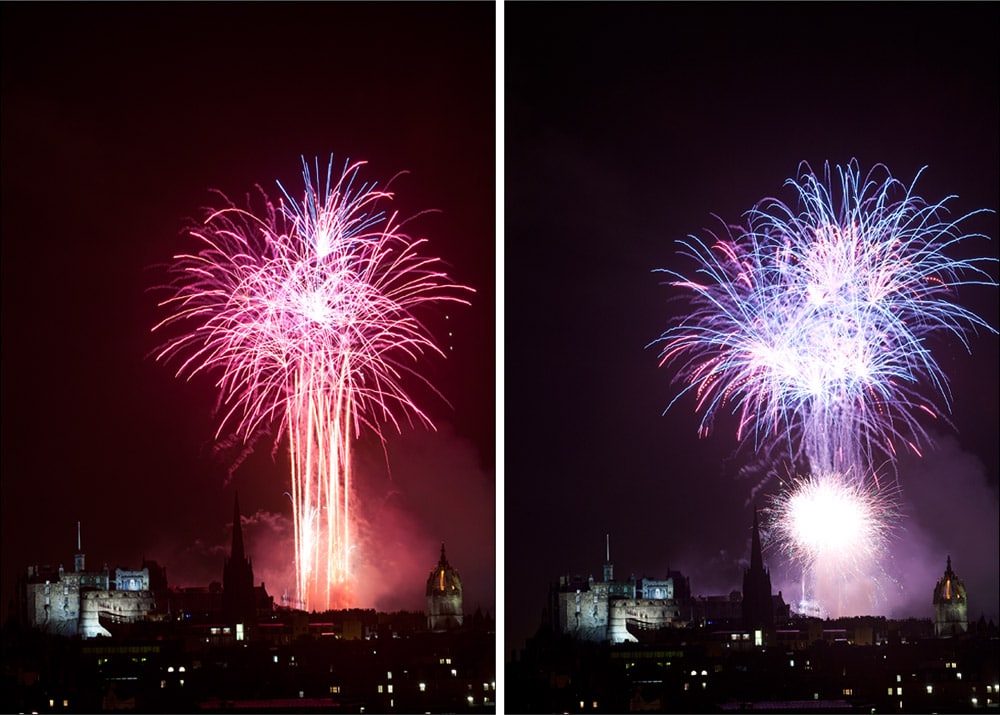 I love fireworks just as much as the next person and every year I get really excited about the fireworks display that marks the end of the Edinburgh Fringe Festival and Military Tattoo. This was the third time I had checked up the fireworks. The first time was in 2010, the second 2011 and the third this year.

The first display in 2010 was great, fireworks all the way and really cool. The 2011 fireworks display was still pretty good although there were a lot less fireworks. I wasn’t able to go to the 2012 display as I was on baby duty that evening but I had high expectations for this year, especially as the Fringe had changed major sponsor since the last time I viewed these (last time it was the Bank of Scotland, this time it was Virgin Media).

This year the weather was pretty awful, a bit cold but really really windy. Literally trees were falling down on the main roads so you can imagine how exciting it was standing on top of a hill with many thousands of pounds worth of camera gear(!). I had originally hoped to take photos from Salisbury Crags again, just like I did in 2011, but the car park at the bottom of the crags had been closed off this year and I didn’t fancy a long walk into the park. Incidentally getting parked around Calton Hill could have been a nightmare but I was lucky to get a parking spot about 50 metres from the main entrance.

Statistically, Calton Hill supposedly hosts around 12000 people each year for the fireworks display. I stood around the side of Calton Hill this time and when I stopped there were about 5 people but by the time the fireworks started there were hundreds if not thousands of people standing along the ridge I was on.

If you notice the first batch of photos there’s a lot of smoke. After each set of fireworks the smoke would take some time to clear and it was also heading east right towards where I was standing. Annoying!

Maybe it was because it was windy as hell, maybe because there was a different sponsor but I left really unimpressed by the fireworks. If I can be bothered to try to view the fireworks again I will definitely try a different part of town. There’s definitely more to see from Princes Street/Princes Street Gardens, especially with the orchestra and firework waterfalls. Inverleith Park, very close to where I live is supposed to be a family favourite viewing spot.

So that’s it for this year. Just like the Fringe Festival, not really impressed this year but still the odd few photo opportunities here and there. I’ve also included a few photos taken at the fireworks display in 2011 just to show you the difference (note I used very similar camera settings so that’s not much of a factor). 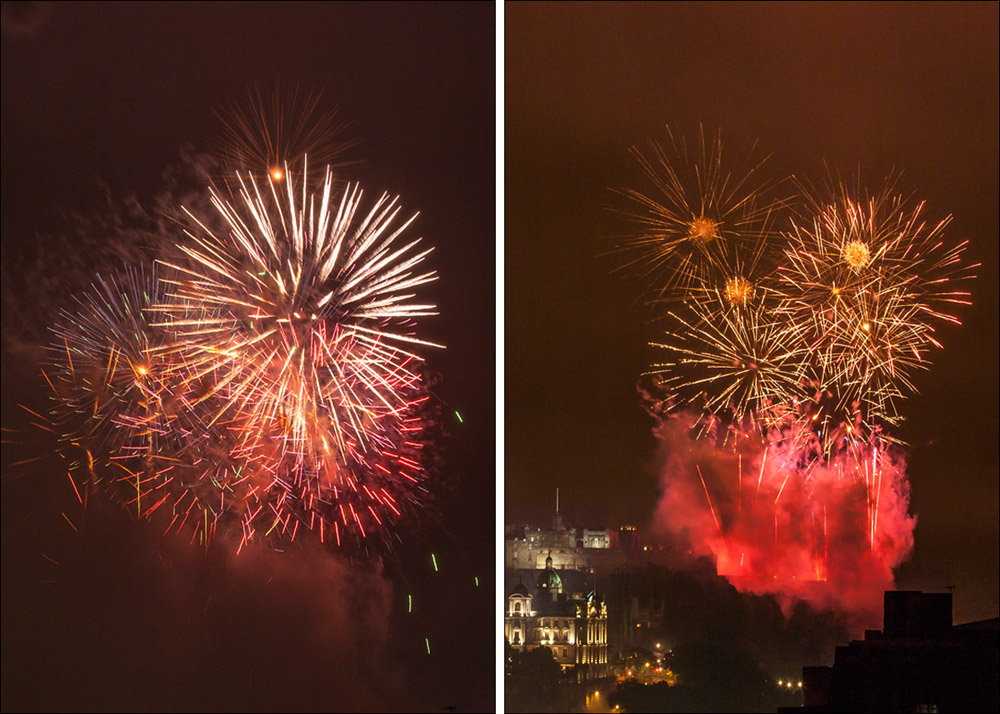 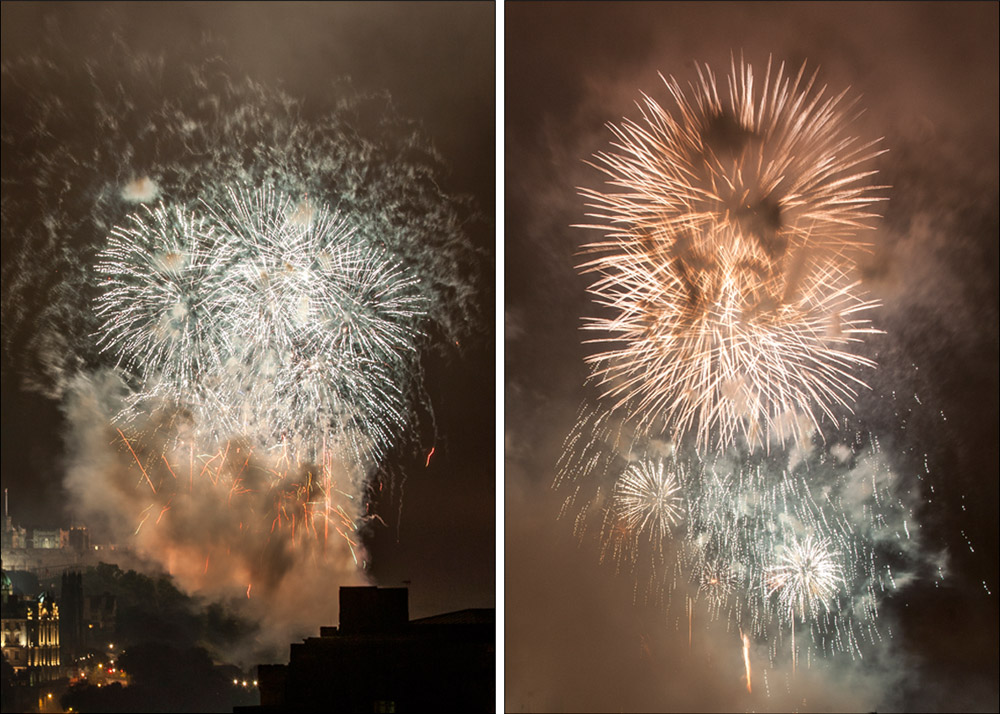 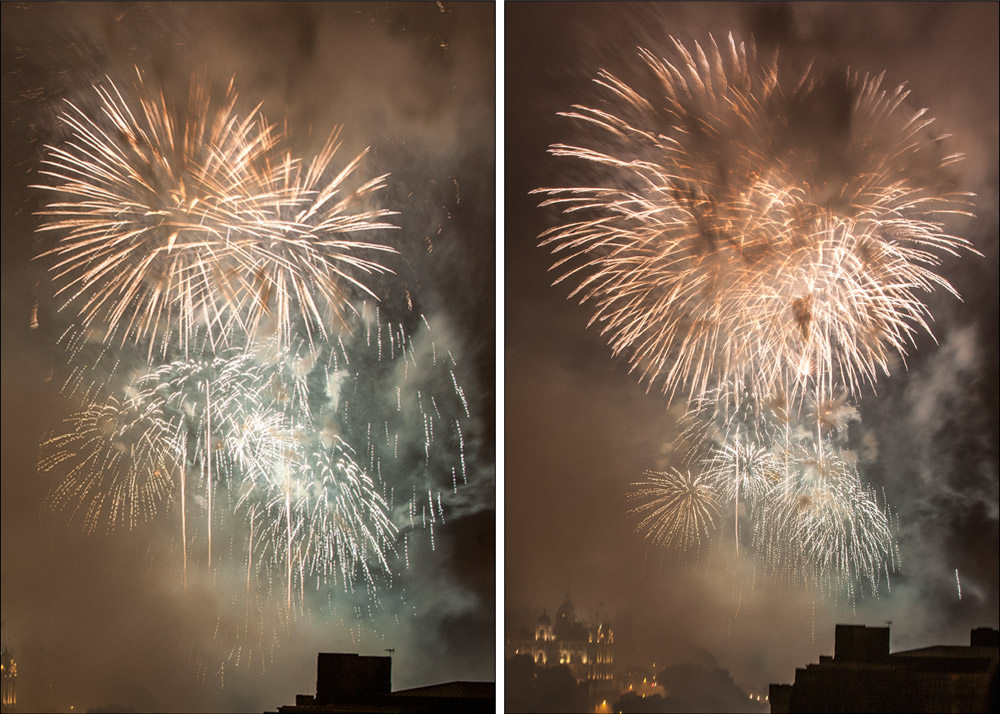 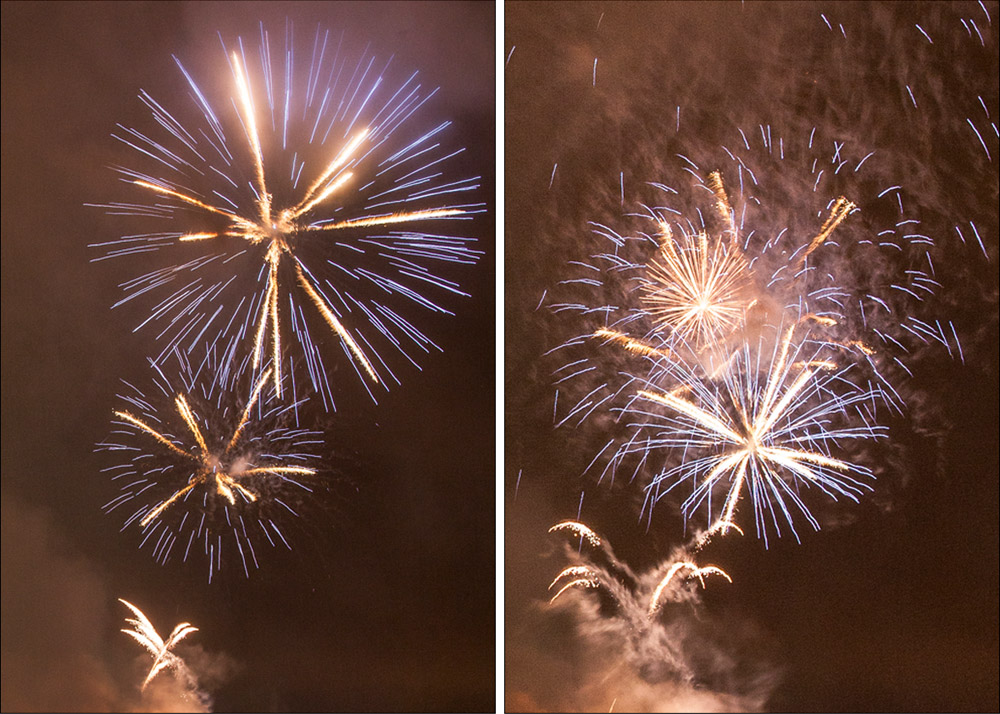 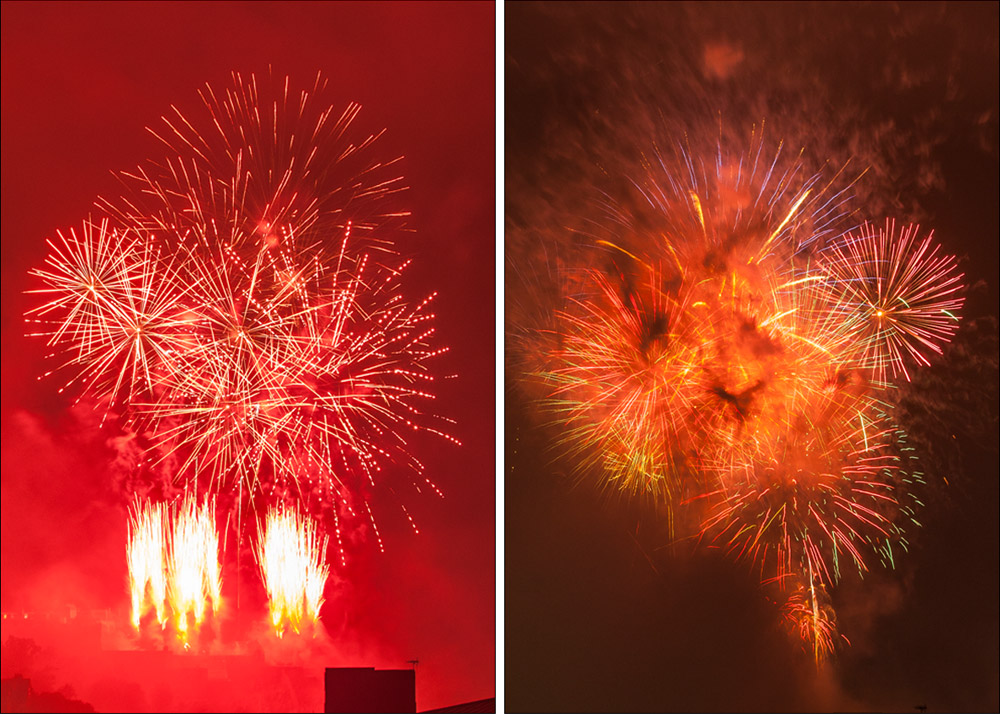 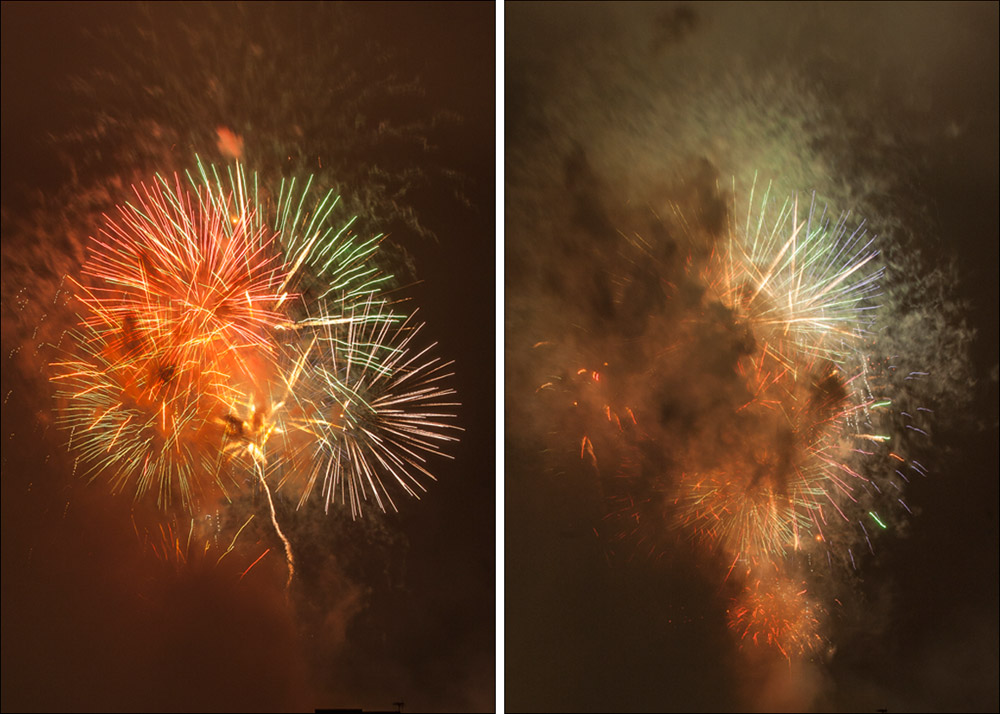 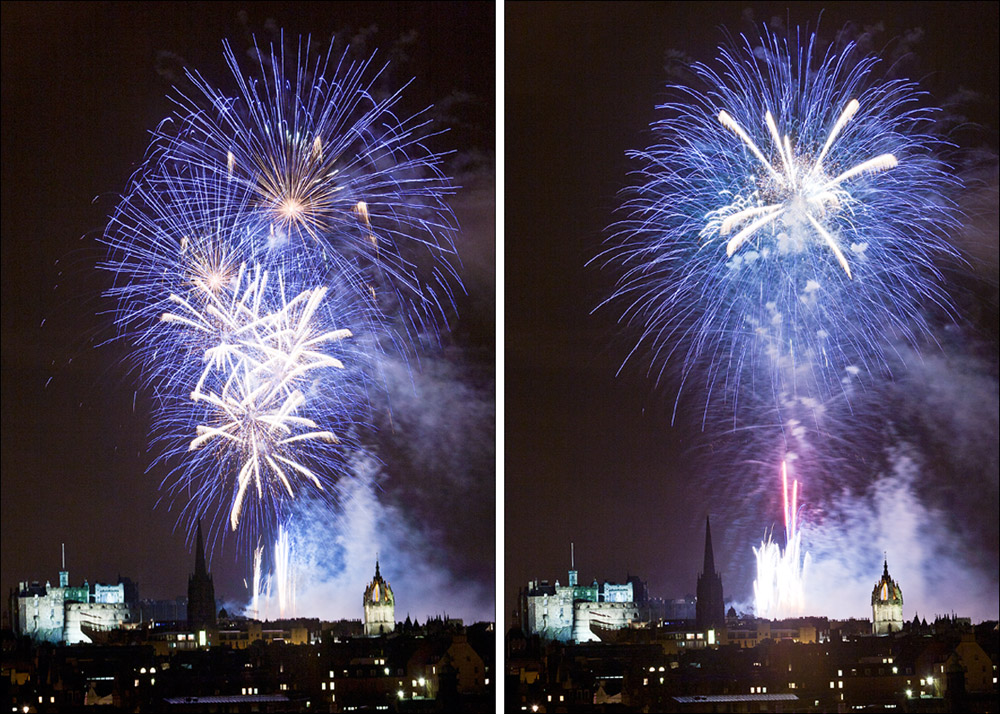 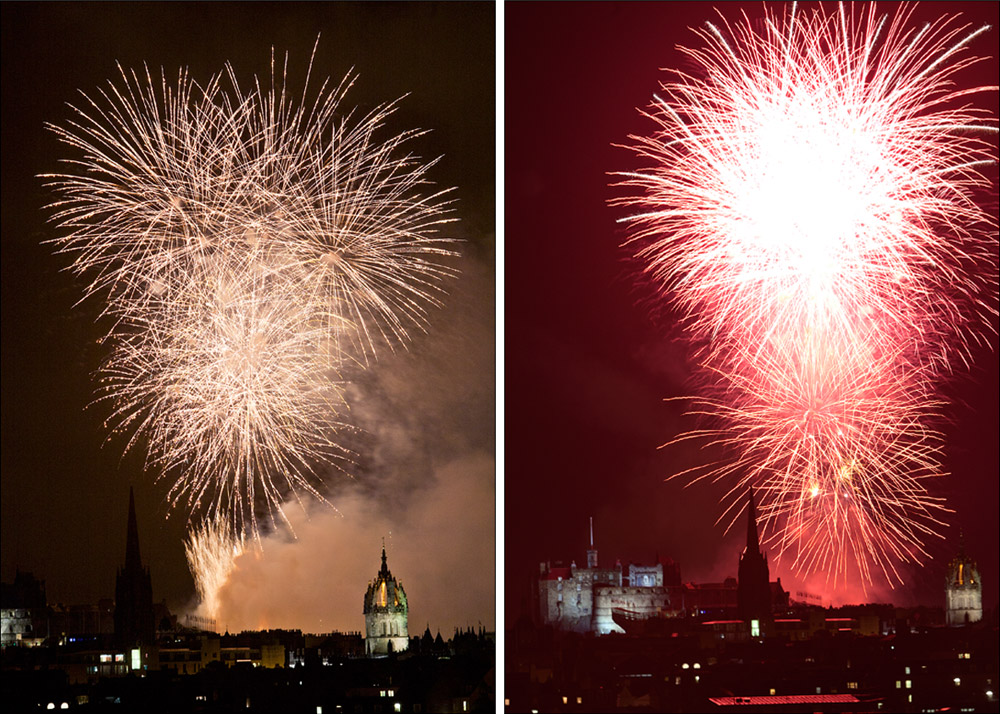 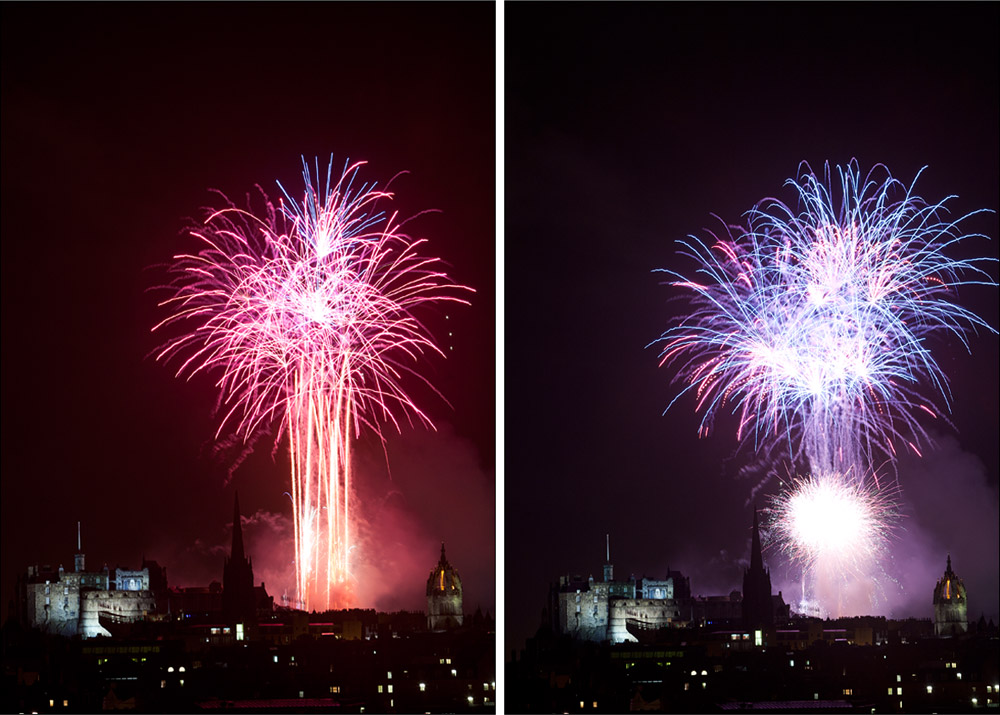 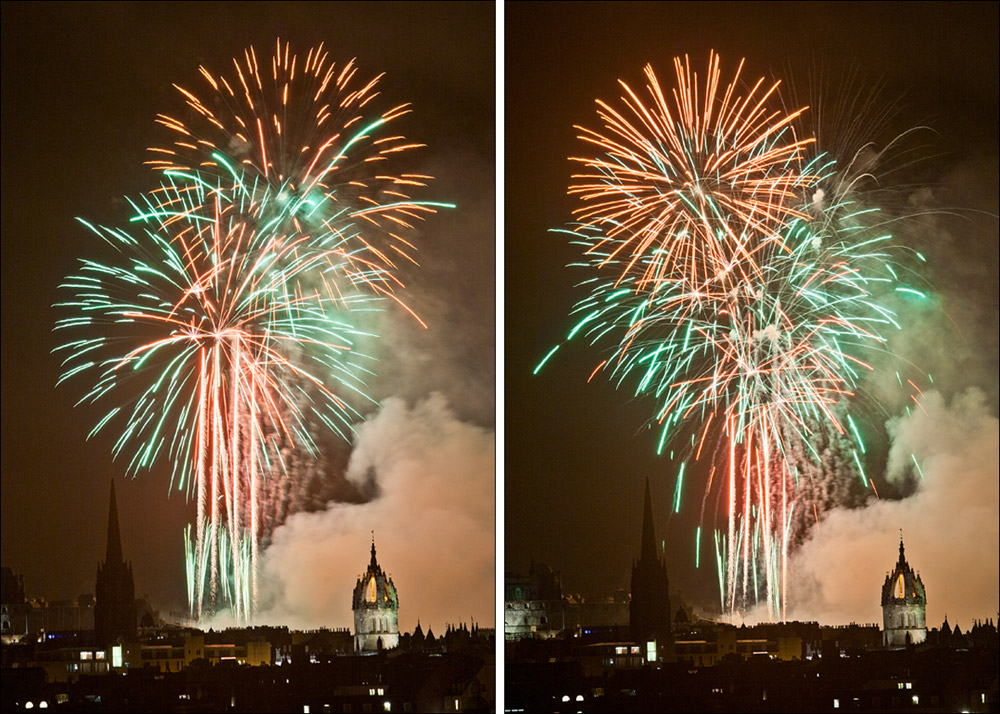