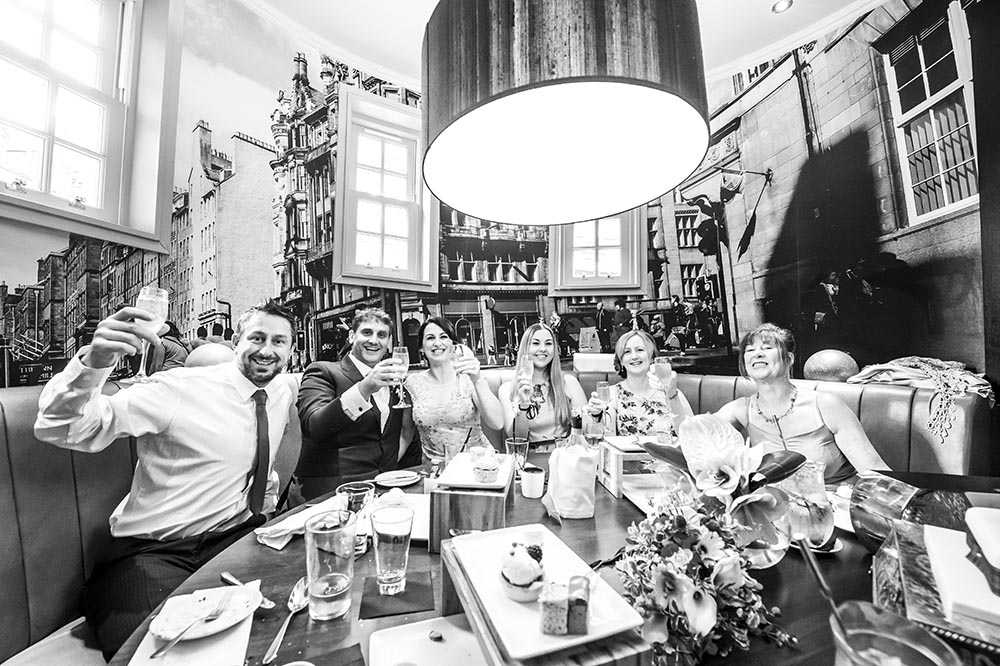 Wedding at Lothian Chambers Registrars Office. I photographed this wedding for Deborah and Nick at Lothian Chambers Registrars Office a few weeks ago and it was a great wedding because everyone was so friendly and so relaxed. I’ve had some interesting weddings in then past but even thought I haven’t shot a great deal of weddings in 2015 all of the couples I have worked with have been absolutely awesome.

Deborah and Nick’s wedding was like many that I have photographed at Lothian Chambers. I didn’t get a chance to meet the couple before their wedding so it was a bit of an unknown meeting them but they were absolutely lovely.

For their wedding I was hired to take photos from just before the ceremony up until their afternoon tea at the Radisson Blu on the Royal Mile. I always turn up to weddings a good half hour at least before the ceremony and I was there before anyone arrived but it gave me a chance to get setup but to also have a chat with some of the guests and take pictures of them chatting to each other. The wedding party itself was really small, just six people in total which included the bride and groom, and observationally for me it looked the perfect number. I took photos of the ceremony which itself was perfect in length and atmosphere (everyone was very happy), took photos of the bride and groom in the mezzanine at Lothian Chambers then some group shots outside St Giles Cathedral. Everyone then headed off to the Radisson Blu for afternoon tea and I was invited along for this (and to get photos of course). So I went along, had a couple cakes, which were absolutely delicious in case you’re wondering, took some photos of everyone and then left.

Nick and Deborah were a delight to work with, the weather was great, the guests lovely and it was a real joy being part of their wedding. Hope you like the photos below.