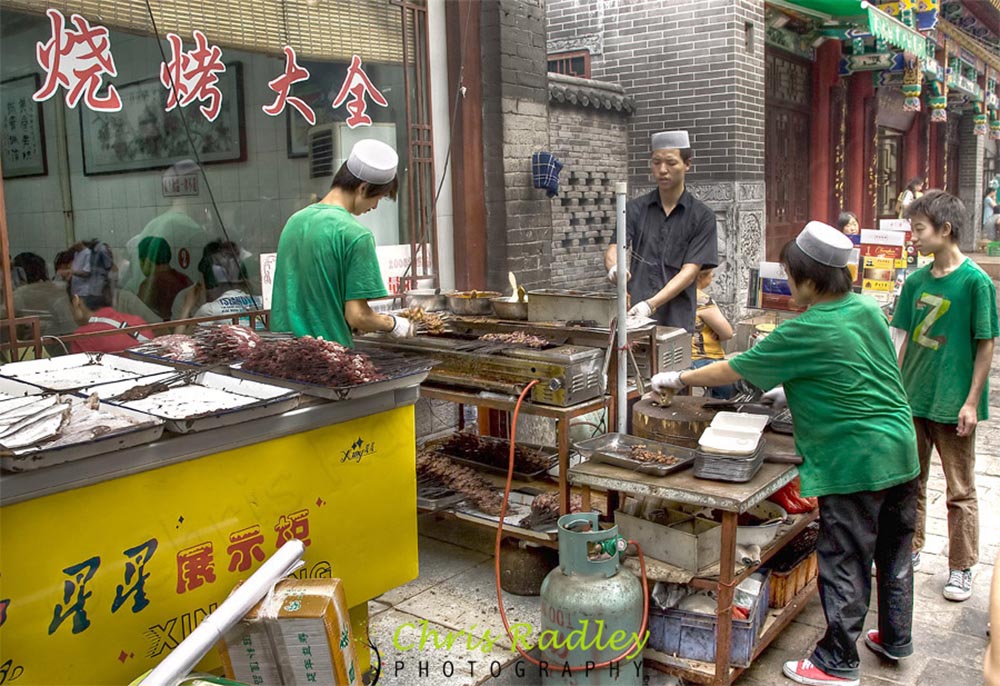 Xi’an Muslim Street or as I like to call it in polite words, the “oh my god the food is incredible street”. Along with Shanghai I really loved Xi’an. The weather was fantastic (40C but a dry heat which I love), the city is beautiful, generally speaking the people are quite nice and the food was really good there (especially on Muslim Street). During our stay in Xi’an, where we stayed for about a week, we went to see the Terracotta Army, which is quite stunning but also a little creepy in person, as well as the Great Mosque which was really beautiful.

I’m sure you’ve read about the Terracotta Army but apparently the people that crafted the warriors were effectively mummified inside them. Throughout the pits where the warriors stand it all felt a bit creepy.

One thing I have to note is about pickpockets. Generally when I travel, I can kind of stand out (I’m 6ft4 and fairly well built), and with the camera bag I was carrying at the time I guess I’m an obvious target, but the locals tried to pickpocket me a few times. I have a little bit of paranoia with my shoulder bag and sometimes reach my hand back to check it’s zipped up and on an elevator in front of our hotel I could feel fingers trying to go in my bag. Of course I never put things in the front pocket (at least not while I’m travelling) but the first time I check I was shocked but ignored it. Seconds later I checked again and the same fingers were trying to steal from me. Thankfully nothing was stolen but it’s a shame and no surprise people do this.

But my main highlight of Xi’an apart from the generally chilled out atmosphere and great architecture was the truly incredible food. I’ve written about each aspect of food that I really like below so have a read through. 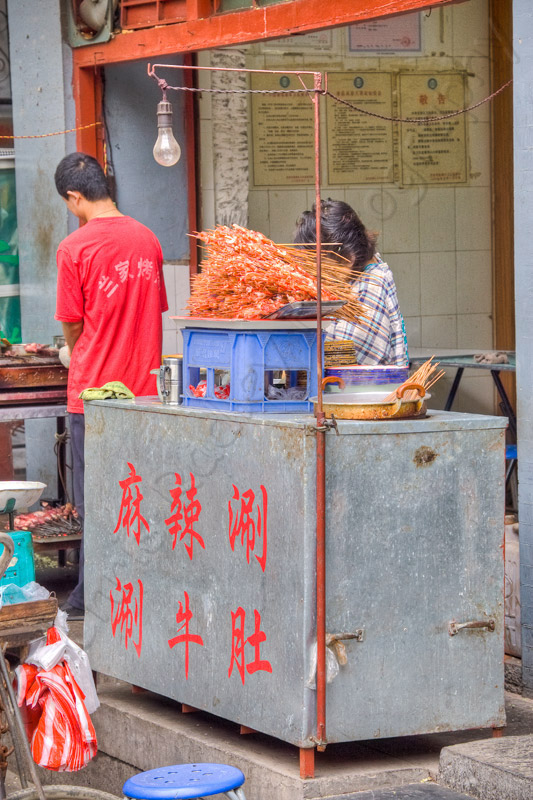 Typical food stall in Xi’an. I’ll admit the stalls don’t look particularly hygienic but if you can get past the way they look you can find some of the tastiest food around. 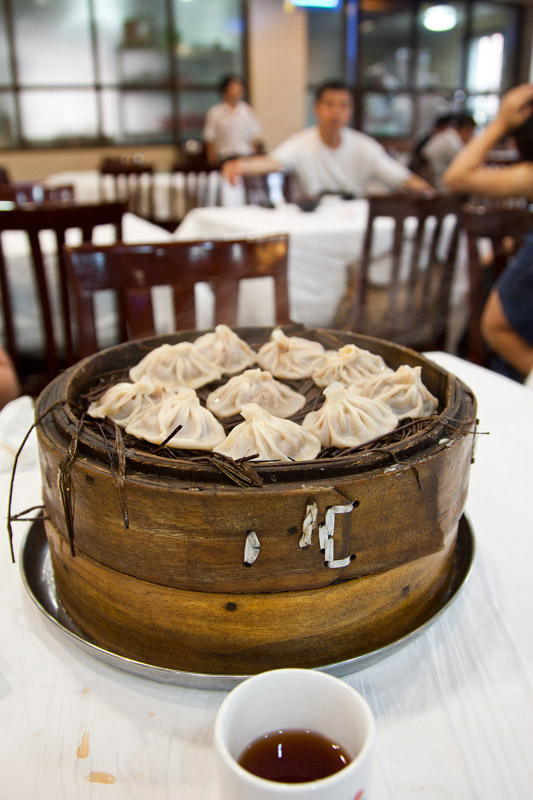 I can’t remember the name of this restaurant and I’ll try to update it but Liv wanted to take me to this particular restaurant because of the dumplings. She went there when she was a lot younger and their dumplings are quite famous but I didn’t like them. Compared to other dumpling restaurants the dumplings while lovely in texture they lacked a bit of taste. 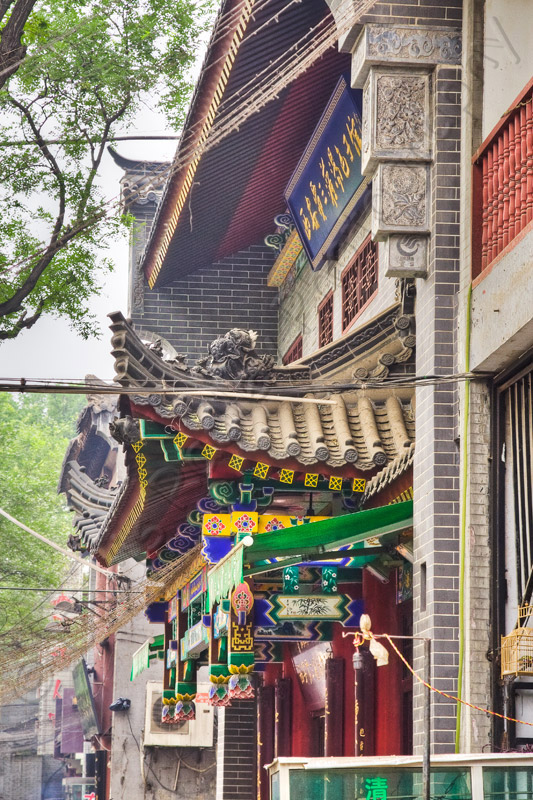 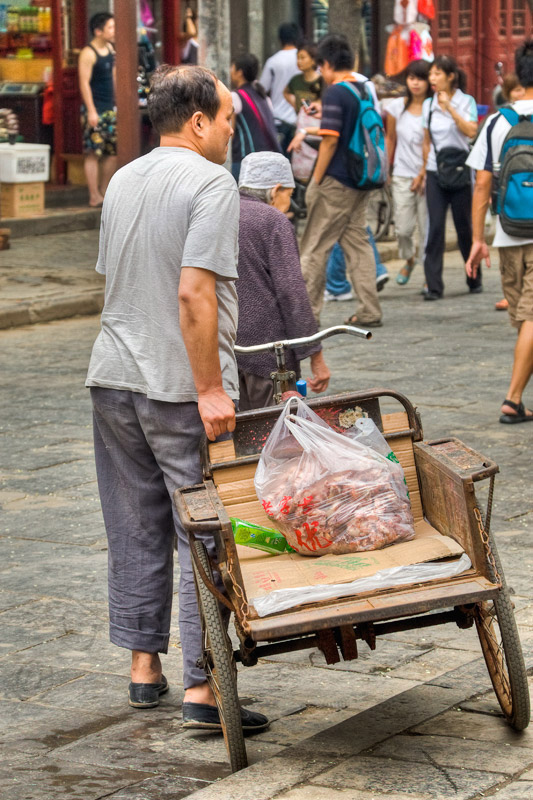 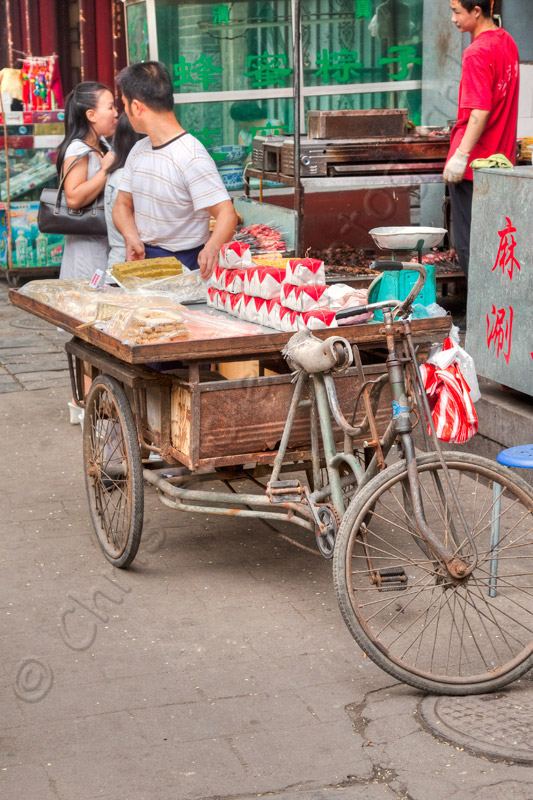 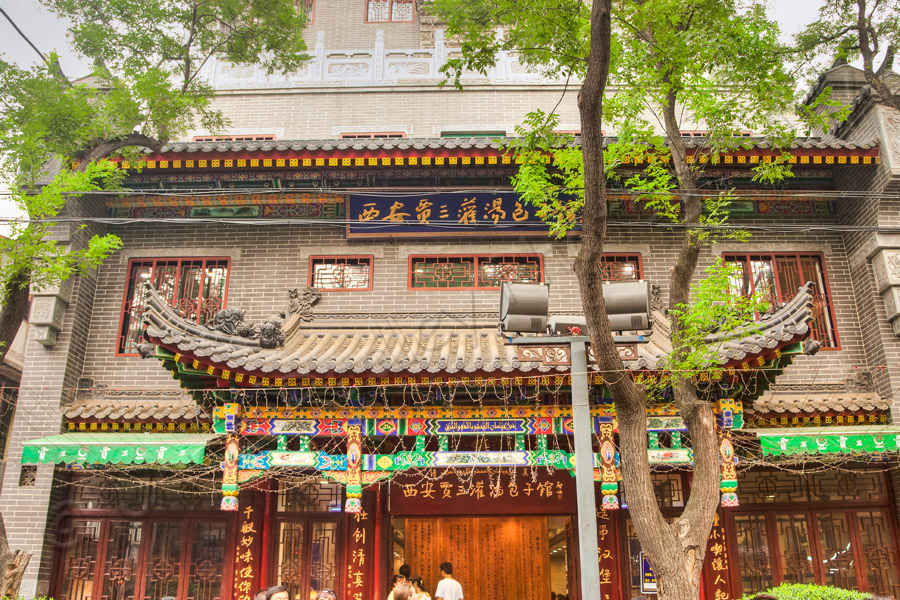 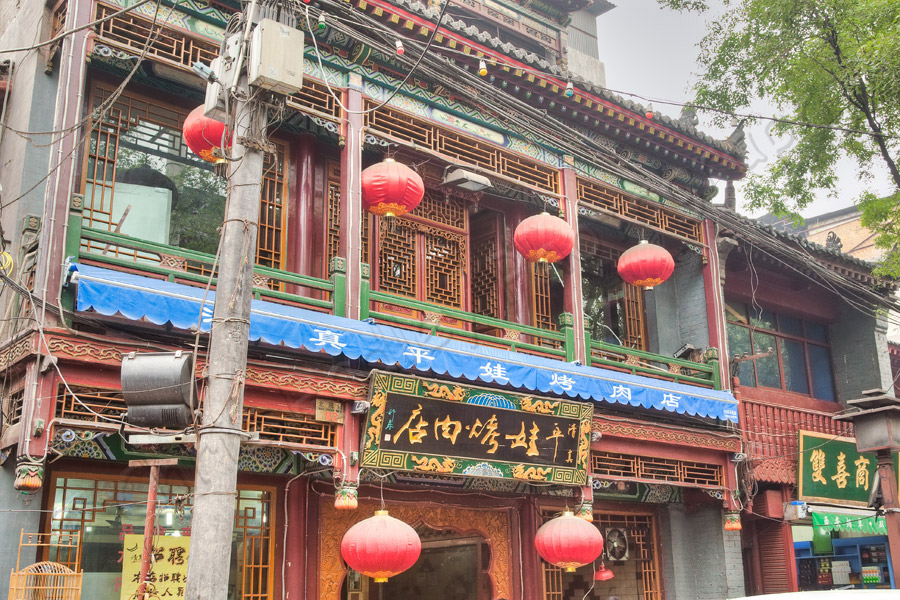 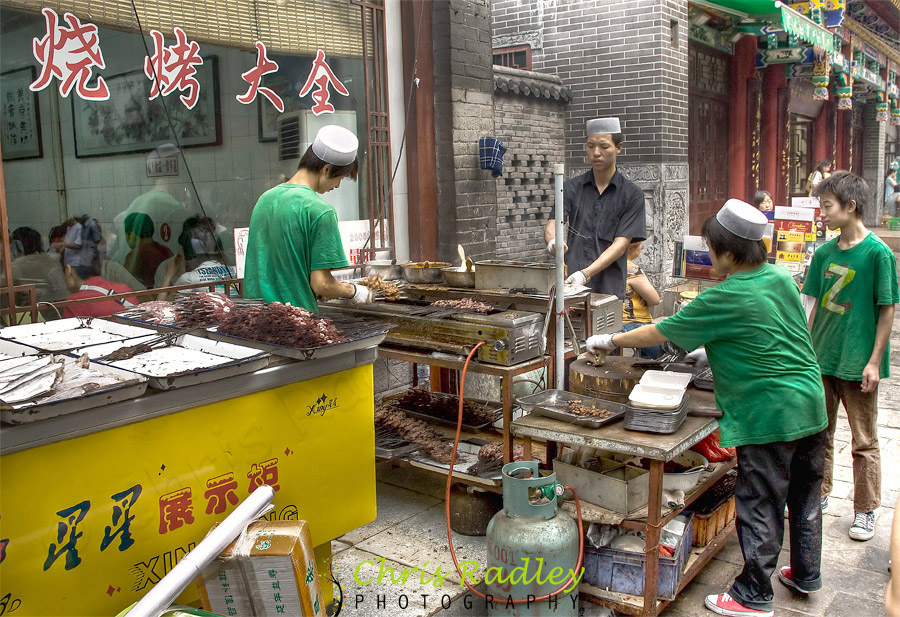 One of my favourite pictures ever. The above shows people cooking lamb barbeques in the street. Again it doesn’t look that clean but the BBQ skewers are absolutely divine. You can choose if you want to eat lamb meat, lamb kidney, lamb heart etc and while I don’t like heart (too chewy!) I absolutely love kidney. We didn’t stop at this restaurant but went to another close by and between Liv and I we ate around 30-40 skewers of lamb, a lamb soup, some naan bread and about 6 or 7 beers and it worked out at £8!!! Needless to say we left feeling a bit pregnant but in a good way. 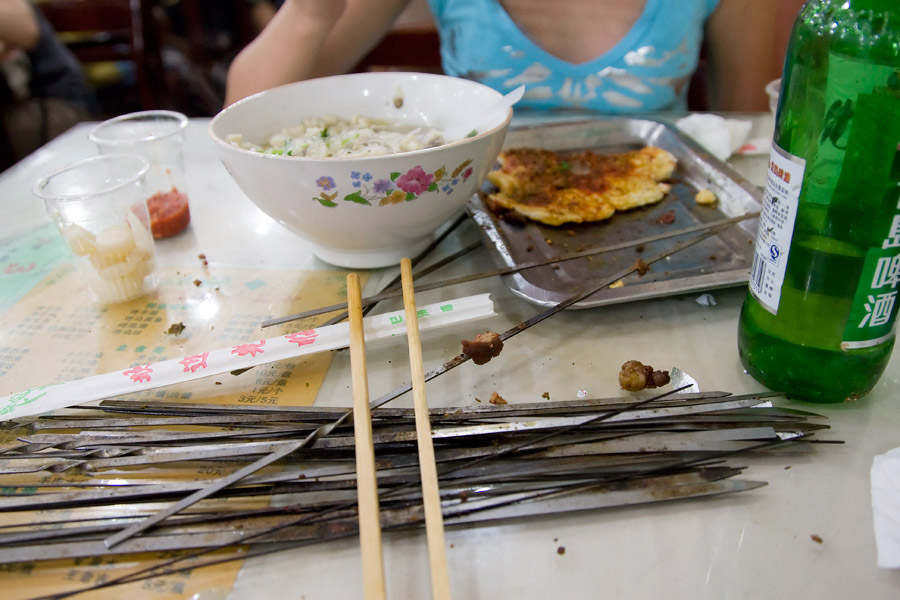 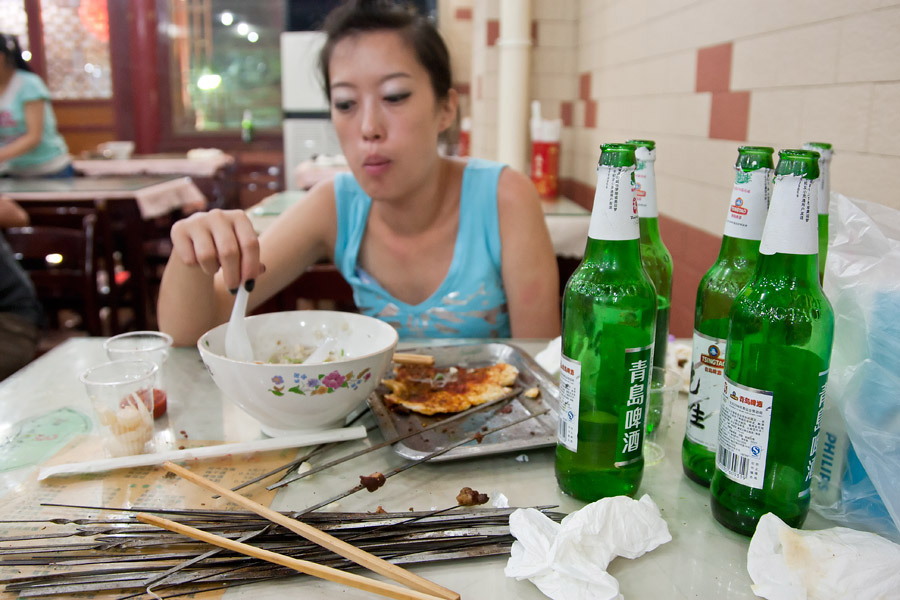 Not the prettiest picture of Liv by any means but I just wanted to show you how many skewers we had. After we finished the soup and bread we still ate another 10 or so kebabs but as mentioned before all of this was £8. How awesome! 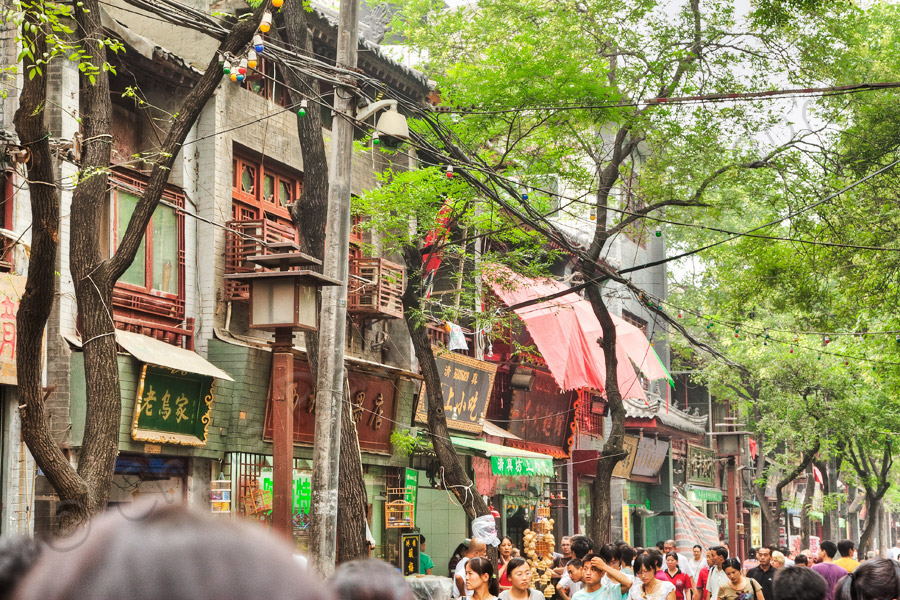 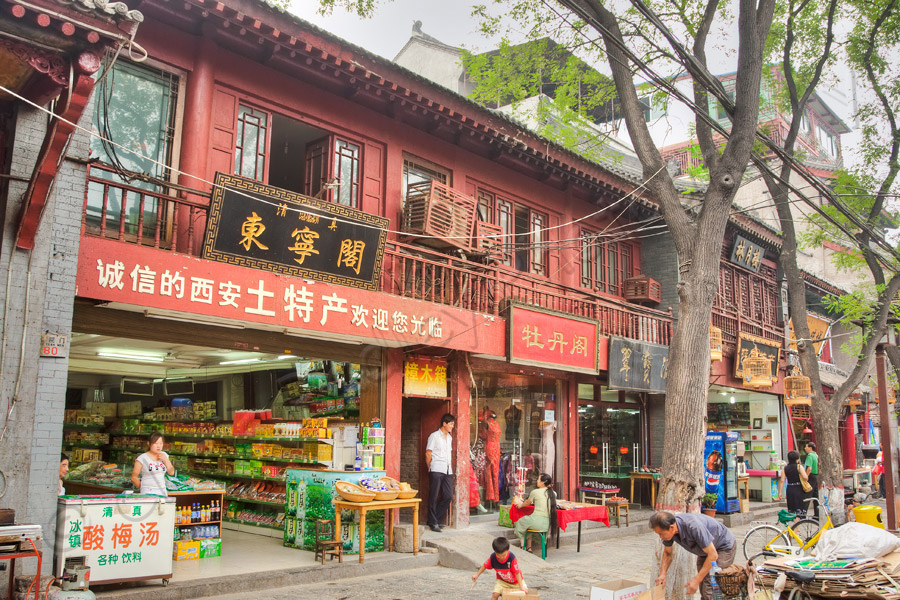 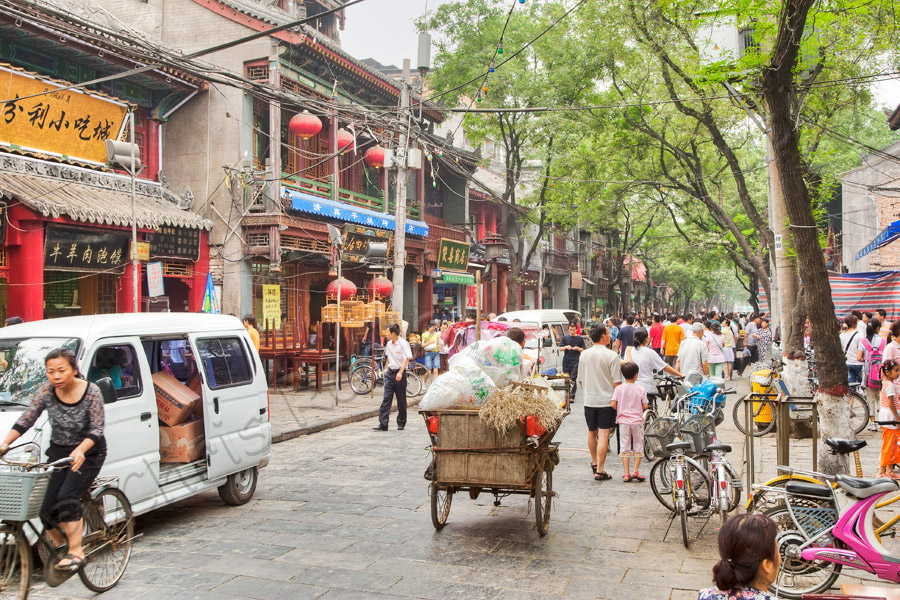 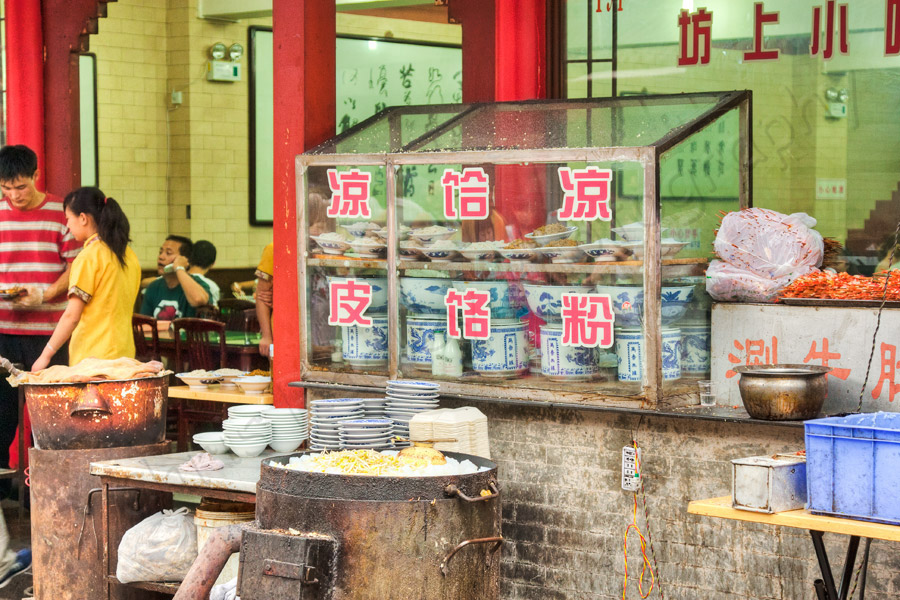 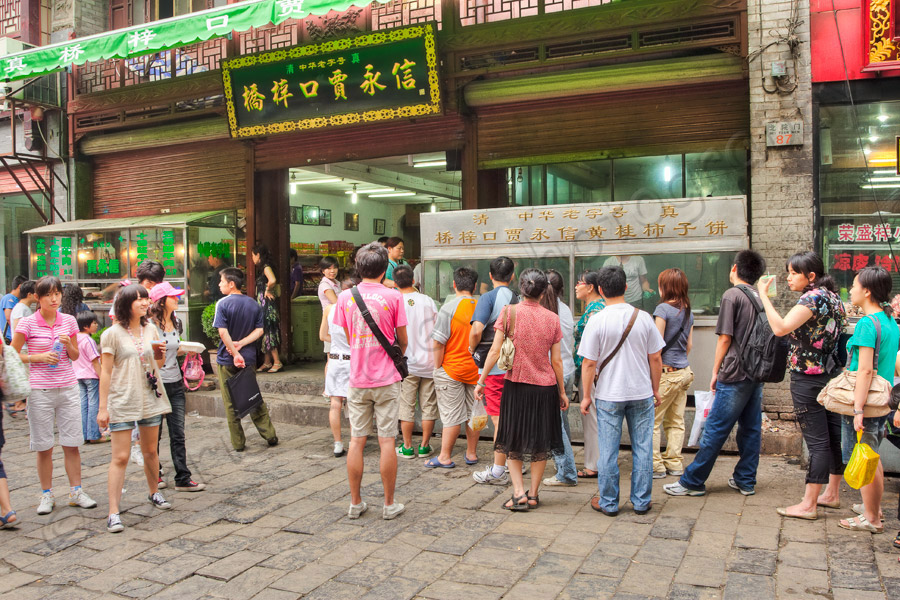 The stand on the right was really popular but we went to the green one on the left which sold the most incredible lamb stew burger called rojamole.They basically cook the lamb for many hours and when you eat it the lamb literally melts in your mouth. They cost roughly £1 each (!!!). Quite incredible and on the last day when we flew back to Shanghai we took half a dozen burgers with us on the plane back for Liv’s father. In case you’re wondering about food on planes, at least in 2007 the attitude is whatever. I saw people walking on planes with giant pots of boiling hot instant noodles (think Chinese pot noodles) and all kinds of other foods. 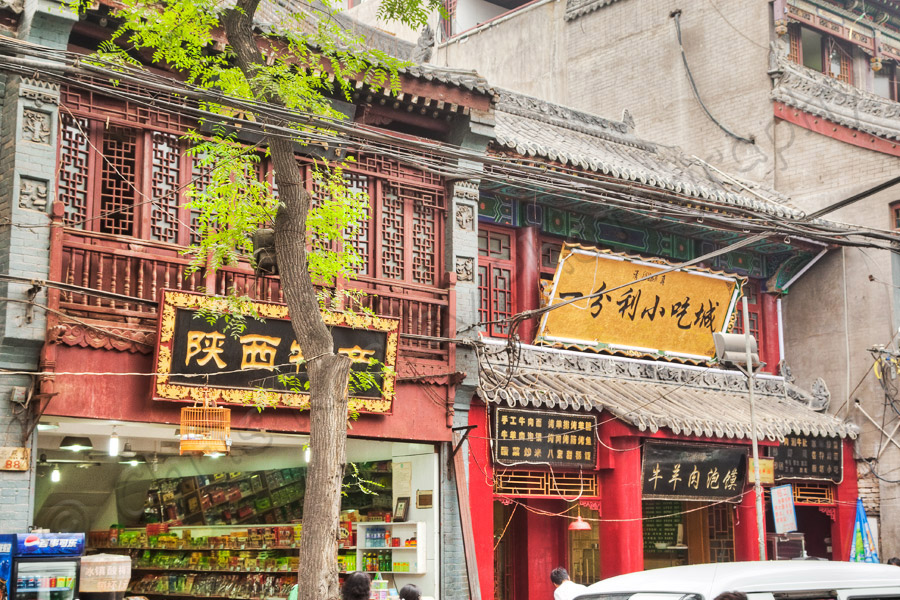 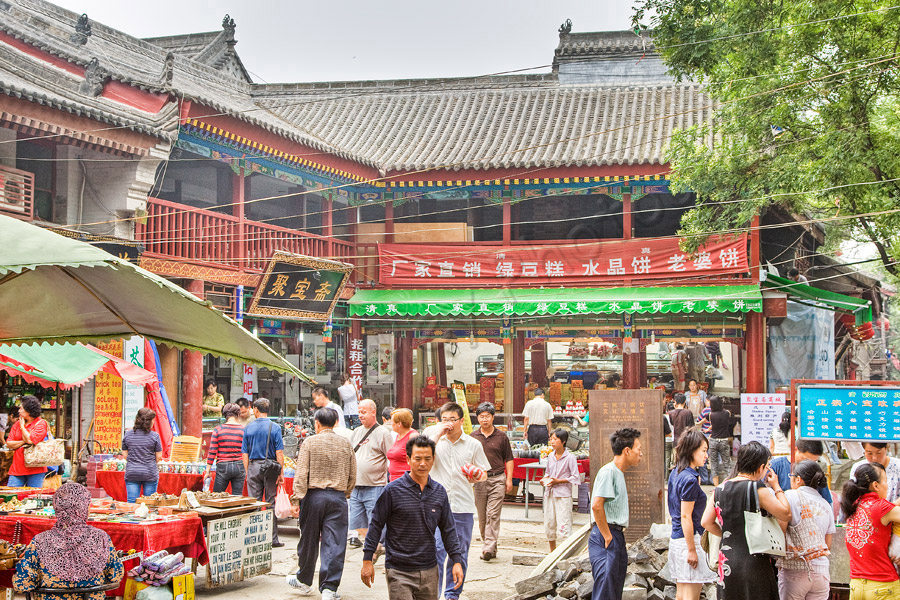 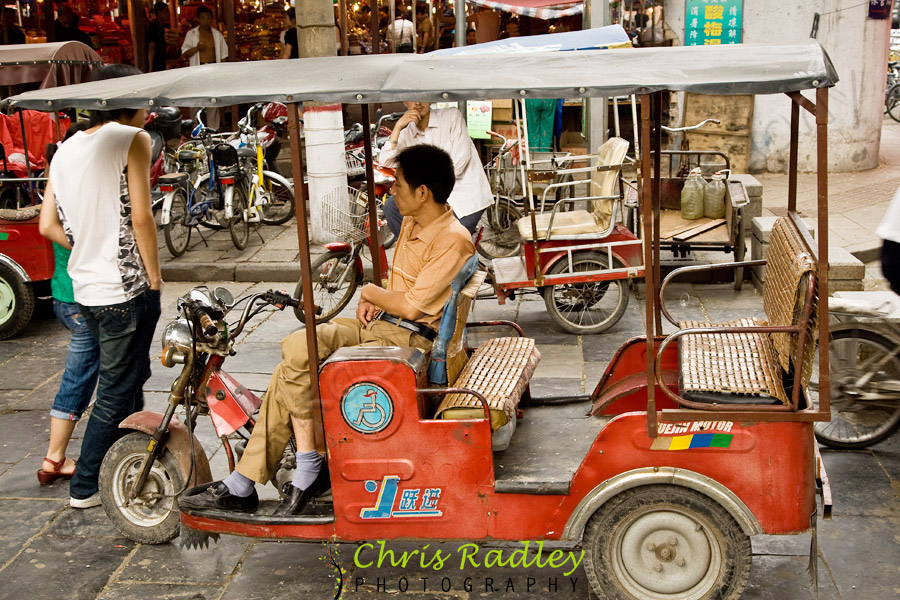 Tut tut taxi. This probably isn’t the correct name for this taxi but it scared the life out of us. Apparently getting a driving licence is really hard but drivers in China are completely ignorant of each other. Our taxi driver was literally bouncing off car doors, going round the corners on two wheels and had absolutely no regard for anyone.

Don’t get me wrong, I really loved China and Xi’an was one of the greatest places I’ve ever travelled to but the driving completely sucks.